If you’re out boating in Puget Sound, you should know there’s a good chance you’ll see some whales and it’s a pretty cool experience if you do.

This family, however, did not, and they felt so threatened by the pod of three humpback whales that they dialed 911.

The encounter was originally posted to Facebook by Darren Lucianna, but only went viral after Twitter user @_SJPearce_ shared the footage with captions.

It was posted on Monday and is already closing in on an astonishing four million views.

This family called the cops on some whales 😂

Throughout the video, the cameraman seems to be the voice of reason, telling the rest of the people on the boat that the whales are “just checking us out.”

The others aboard are less convinced, however, with one panicked voice even claiming that the group was going to die.

Surrounded by commotion, the cameraman continues to be fairly calm and even excited about the once in the lifetime encounter.

“Look at this you guys,” he tells the group. “You’ll never see this again.” 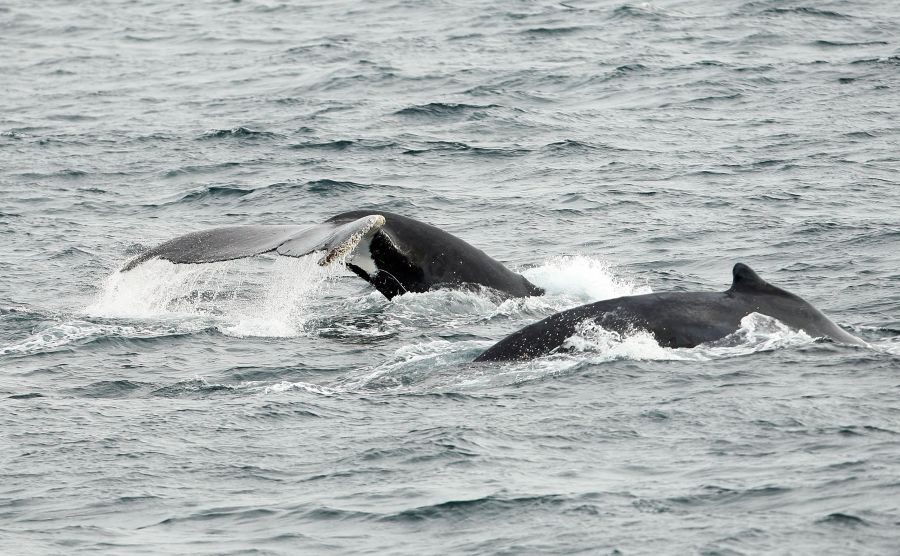 Sadly, nobody listens to him and one of the women on the boat calls 911, telling the operator that they’re out in Puget Sound and there are three gray whales (they’re humpbacks) underneath the boat.

“I’m afraid we might get flipped over,” she tells the emergency line. “I’m really scared.”

Shortly after, the group gets a chance to fire up the boat’s engine and drive away, although panic still seems to be in the air.

There’s no word on what 911’s response to the lady was, but the operator surely had to be a little confused by the call.

Another $70M Lotto Max draw is up for grabs tonight