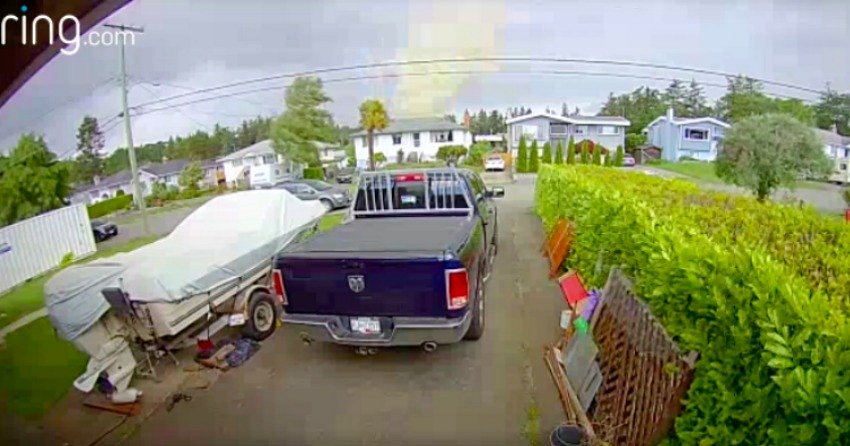 Environment Canada has confirmed that a tornado briefly touched down near Victoria this afternoon.

Video on the weather event was captured by a North Saanich resident, which shows the twister blowing away someone’s trampoline.

A tornado on Vancouver Island was captured on video lifting a trampoline in the air 🤭- 📹 Keith Harding #Canada #BritishColumbia #VancouverIsland #Saanich pic.twitter.com/JwOoKX4ZlR

Environment Canada said the twister appears to have been a “weak, short-lived EF0 tornado,” and occurred at about 12:18 pm.

“The unsettled conditions under which this tornado and cells of heavy showers occurred will diminish late this afternoon,” they added.