(Original story: Oct. 13 @ 11:48 am): A motley coalition of elected officials, bilateral business leaders and travellers−turned−lobbyists briefly cheered the coming reprieve from restrictions at the Canada−US border Wednesday before confronting their next challenge: the question of mixed−dose vaccinations.

The plan for early November, spelled out by senior Biden administration officials as well as Homeland Security Secretary Alejandro Mayorkas, was short on key details, most notably whether the US will consider the many Canadians who received two different vaccines to be fully vaccinated.

"Cross−border travel creates significant economic activity in our border communities and benefits our broader economy. We are pleased to be taking steps to resume regular travel in a safe and sustainable manner," Mayorkas said in a statement.

"This new travel system will create consistent, stringent protocols for all foreign nationals travelling to the United States — whether by air, land, or ferry — and accounts for the wide availability of COVID−19 vaccinations."

US officials say experts at the Centers for Disease Control and Prevention are actively exploring the issue of whether to allow travellers who received a mix of vaccines. Ottawa has also been actively lobbying the White House on the issue, including with the Public Health Agency of Canada’s own research on the effectiveness of mixed doses. 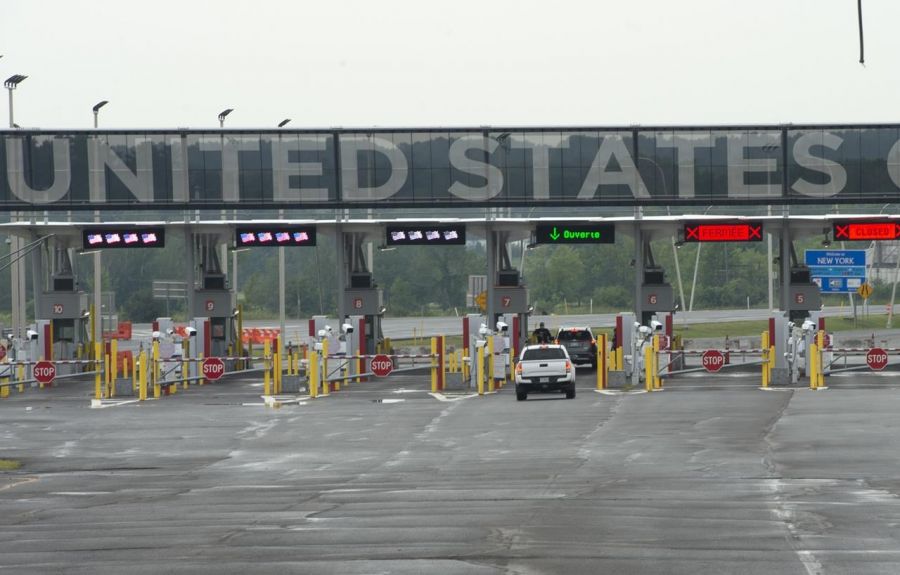 That question, along with the absence of a hard start date beyond early November and a lack of specificity on what kind of paperwork travellers will be required to show, dampened the enthusiasm for an announcement people on both sides of the border have been waiting to hear for months.

"The job is not finished," said Perrin Beatty, president and chief executive officer of the Canadian Chamber of Commerce.

"The two governments need to work together to ensure that fully vaccinated Canadians with mixed−dose combinations are eligible for entry into the United States."

New York congressman Brian Higgins, whose crusade against the travel restrictions has made him the movement’s de facto spiritual leader, acknowledged that the White House needs to clarify precisely how it intends to define a fully vaccinated traveller.

"That is one of the issues that we’re trying to get clarification on," Higgins told a news conference. "That’s one of those outstanding issues and still needs to be addressed."

Why it took so long might remain a mystery for the ages, he added.

The US will not be requiring travellers to show proof of a negative test for COVID−19, unlike Canada, which includes a recent negative PCR test among the requirements for everyone entering the country, including Canadian citizens and permanent residents.

Beatty also called on Canada to eliminate the need for a pre−departure test, as well as to work with the US on an interoperable vaccine certification system in order to deal with anticipated higher travel volumes.

Drew Dilkens, the mayor of Windsor, Ont., called Wednesday’s announcement "a long time coming," but echoed calls for more details about the logistics and for Canada to revisit the testing requirement.

Deputy Prime Minister Chrystia Freeland, who happened to be in Washington on Wednesday, warned Canadians not to let down their guard just yet.

"We have almost — almost — gotten past COVID," Freeland said.

"Just try to do the things you need to do, and maybe hold back on doing the things that you just want to do. I think if we can keep on doing that for a few more weeks, Canada can really fully put COVID behind us."

Sarnia Mayor Mike Bradley said he believes Canadians will continue to be cautious, given that some parts of the US have looser public health measures and higher COVID−19 case counts — a concern he said also emerged when Canada eased its border restrictions for Americans in early August.

"I do believe the Canadian government made a mistake by opening our border without getting a reciprocal arrangement with the Americans. It’s four months later, but it’s happening, and it’s a good thing," he said.

"I just need to make sure that all the things will be in place to protect people when they go there and come back."

Evan Rachkovsky, spokesman for the Canadian Snowbird Association, said he anticipates vehicle traffic at the border will come close to pre−pandemic levels once the restrictions are eased — but said the White House is definitely "cutting it close" for snowbirds hoping to winter in the southern US.

"There is obviously a bit of scrambling — some snowbirds have already made plans to ship their vehicle down south and then fly to meet those vehicles in the United States," Rachkovsky said.

The Biden administration’s strategy is to dovetail the land border policy with its new international travel rules, which will also take effect in November and replace existing travel bans with a new requirement that all foreign nationals show proof of vaccination.

As of early January, all foreign nationals entering the US, whether for essential or non−essential reasons, will be required to show proof of vaccination, officials said.

In order to be considered fully vaccinated, travellers must have received a full course of a COVID−19 vaccine approved by either the US Food and Drug Administration or the World Health Organization. That includes Oxford−AstraZeneca, a vaccine used in Canada that never received FDA approval.

Fully vaccinated US citizens and permanent residents have been allowed back into Canada since August, provided they have waited at least 14 days since getting a full course of a Health Canada−approved vaccine and can show proof of a recent negative COVID−19 test.

(Original story: Oct. 13 @ 5:05 am): Fully vaccinated Canadian vacationers and day−trippers will be allowed to drive into the United States beginning in early November, the Biden administration said Tuesday, the first glimmer of hope in nearly 20 months for the families and businesses that depend on two−way traffic across the Canada−US border.

Senior government officials delivered the news in a conference call with reporters on condition they hold their reports until early Wednesday — a plan that quickly went out the window when New York congressman Brian Higgins all but shouted the news from the rooftops.

"At long last, there is action by the United States to open the doors and welcome back our Canadian neighbours," Higgins said in a statement.

"Border communities await further details from the administration with great expectation, and I will continue to advocate for a more fully and freely open border to both governments, sooner rather than later."

Those details remained few and far between Tuesday, but the plan is designed to dovetail with the administration’s existing plan to allow international travellers from further afield to resume travelling to the US on the same timeline, provided they’ve been fully vaccinated against COVID−19.

"We understand how valuable ... travel from Canada and Mexico is to the economic activity in border communities and to our broader economy," one of the officials said. 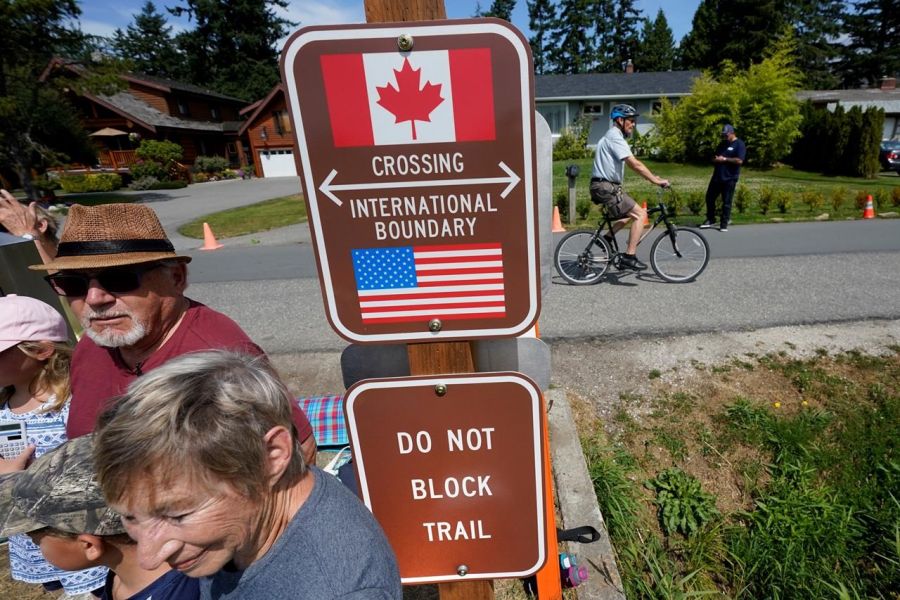 "We also know how meaningful the ability to travel is to maintain the personal ties between people living on either side of the northern and southern US borders, who are often effectively members of one community."

Travellers will be considered to be fully vaccinated if they have received a full course of a COVID−19 vaccine approved by either the US Food and Drug Administration or the World Health Organization, which includes Oxford−AstraZeneca, a common vaccine in Canada that never received FDA approval.

The jury is still out on whether travellers who received mixed doses will be eligible, but experts at the US Centers for Disease Control and Prevention are currently working on how to address that issue, the officials said.

Higgins, who serves as co−chair of both the Canada−US Interparliamentary Group and the Northern Border Caucus, became a tenacious and vocal critic of the restrictions as soon as the vaccines proved effective and accessible in both countries.

His efforts and those of allies in both countries, some of them mounting concerted media campaigns and lobbying efforts to expand awareness of the extended delay in easing the restrictions, soon resulted in a chorus of prominent US congressional voices exerting pressure on the White House to take action.

"A robust cross−border exchange between the United States and Canada is fundamental to our binational relationship and mutually beneficial to our nations’ citizens, businesses and economies," Higgins said.

"Strong vaccination rates in Canada made the continued border shutdown absurd and unjustifiable."

Fully vaccinated US citizens and permanent residents have been allowed back into Canada since August, provided they have waited at least 14 days since getting a full course of a Health Canada−approved vaccine and can show proof of a recent negative COVID−19 test.

Beginning in early November, the US plans to allow fully vaccinated visitors from a host of countries where stateside travel has long been restricted, including China, India, Ireland, Iran, South Africa, Brazil and the 26 European countries without border controls, known as the Schengen group.

No specific dates have yet been announced.

The decision to reopen the land border ends a 19−month freeze due to the COVID−19 pandemic and is part of a plan to also open the border with Mexico. Vehicle, rail and ferry travel between the US and Canada and Mexico has been largely restricted to essential travel, such as trade, since the earliest days of the pandemic.

Both Mexico and Canada have been pressing the US for months to ease restrictions on travel that have separated families and curtailed leisure trips since the onset of the pandemic. The latest move follows last month’s announcement that the US will end country−based travel bans for air travel, and instead require vaccination for foreign nationals seeking to enter by plane.

According to the officials, travellers entering the US by vehicle, rail and ferry will be asked about their vaccination status as part of the standard US Customs and Border Protection admissions process. At officers’ discretion, travellers will have their proof of vaccination verified in a secondary screening process.

Unlike air travel, for which proof of a negative COVID−19 test is required before boarding a flight to enter the US, no testing will be required to enter the US by land or sea, provided the travellers meet the vaccination requirement.

The delay in the vaccination requirement for essential cross−border travel is meant to provide truck drivers and others with additional time to get a shot and minimize potential economic disruption from the vaccination mandate, officials said.

— With files from The Associated Press.