In British Columbia, the rate was 7.3 per cent, down from eight per cent in July.

Grocery bills across the country continue to surge, however, with prices up 10.8 per cent in August – the highest rate since 1981. 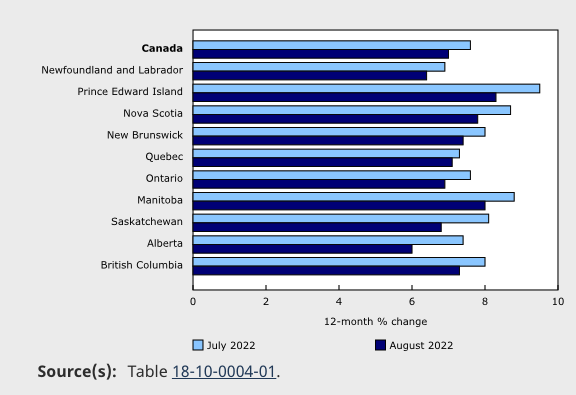 The decline in the general rate has been met with positivity by many economists and financial institutions in Canada.

TD Bank said: “​​Canadian inflation took a single step in the right direction in August, but it still has a long way to go.”

It added that it expects interest rates to continue to increase, finishing up at 4 per cent by the end of 2022.

BMO, meanwhile, said the August data represent “about as good of an inflation report as we can hope for.” 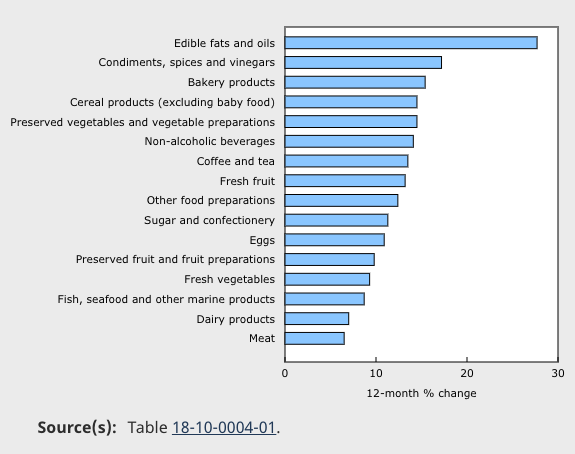 According to StatCan’s report, the inflation rate was 6.3 per cent in August if gas prices are excluded.

“This is the first month since June 2021 that the year-over-year CPI, excluding gasoline, has slowed,” the agency explained. 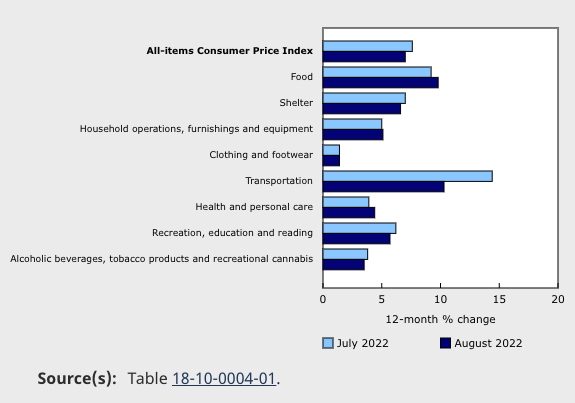 The slowing down of gas price increases was attributed to higher oil production around the world.

To see the full dataset from StatCan, head here.