(UPDATE: Aug. 10 @ 6:05 am): Two children at the centre of a Saskatchewan Amber Alert were found at a campground in the United States along with their mother and a man wanted by police, Mounties said Wednesday.

Benjamin Martin Moore, 50, was apprehended near Sturgis, SD. He is behind bars in Pennington County and jail records show he is being held by Immigration and Customs Enforcement and the US Marshals Service.

His common-law spouse is also in police custody.

A seven-year-old girl and eight-year-old boy were located with Moore and RCMP said they are safe.

"There was most definitely a collective sigh of relief amongst all agencies involved in bringing these two young children to safety," Chief Supt. Tyler Bates, of the Saskatchewan RCMP, said in a news release. 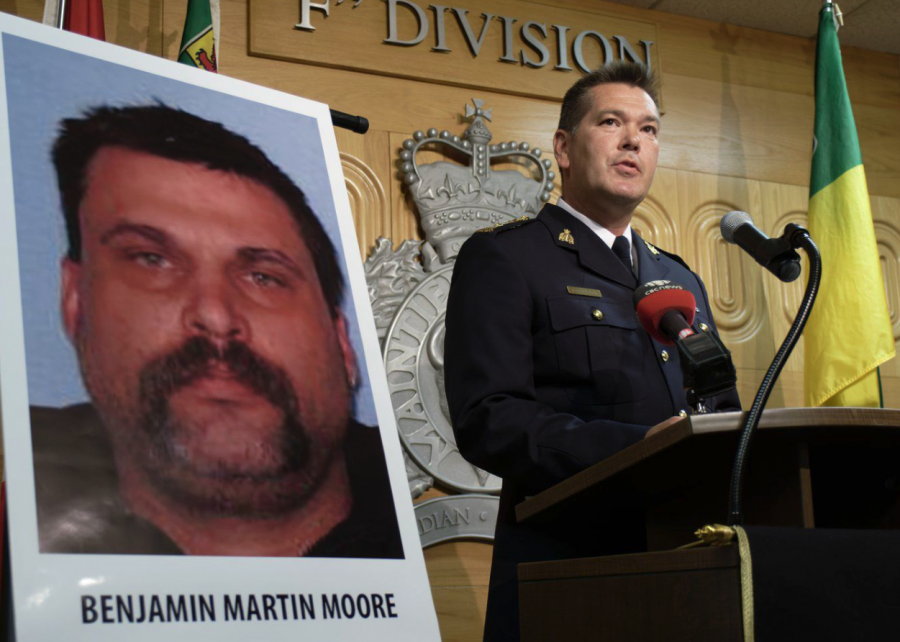 "Obviously, there is a long road ahead and a number of investigative avenues that need to be followed up on."

Tony Mangan, a spokesperson for South Dakota's attorney general's office, said the boy and girl are being cared for and preparations are being made "to get the children back to their rightful custodians."

Saskatchewan RCMP issued the Amber Alert on Monday evening for the children.

Mounties said police were concerned because Moore has a history of sexual offences against children and was previously convicted of sexual interference with a minor.

An arrest warrant was issued Tuesday for Moore for failing to report information within seven days of changing his address, which is required for convicted sex offenders.

The alert was extended into South Dakota late Tuesday. They were found about 90 minutes later in Sturgis, which is more than 930 kilometres from their home in Eastend, southwest of Regina.

"They found them in fairly good time," Mangan said. "There is no indication that anybody was injured.”

Mangan said a large motorcycle rally was taking place in the area and many people stay at the nearby campgrounds. He said a lot of law enforcement were involved in the safety of the rally, but did not say whether that contributed to finding the children.

Bates said at a news conference Tuesday that Moore was being investigated by social services when he left with the children and their mother.

Officers went last week to their home in Eastend to question Moore, but found it abandoned.

Bates said officers have also been contacted by a person who is believed to be a victim and encouraged any others to come forward.

Court records show Moore was convicted in 2009 for sexual interference of a minor. He was sentenced in Regina provincial court to two years and two months in prison.

Records also say he served another three months in jail in 2011 after he was convicted of breaching a recognizance order.