Canada's first 2 monkeypox cases confirmed in Quebec, others under investigation

The Public Health Agency of Canada says two cases of monkeypox in Quebec are the first confirmed cases in the country.

The agency said in a release late Thursday that it is working with the United States Centers for Disease Control and Prevention, and public health officials in Quebec to investigate potential exposure and contacts of a case of monkeypox recently identified in the US.

It says a US citizen recently travelled to Canada by private transportation and may have been infected before or during his visit to Montreal.

"Tonight, the Province of Quebec was notified that two samples received by the National Microbiology Laboratory have tested positive for monkeypox," the release said. "These are the first two cases confirmed in Canada."

The agency said the investigation into monkeypox is evolving and ongoing in Canada and around the world.

"More information is needed to assess if there are increased health risks to people in Canada." 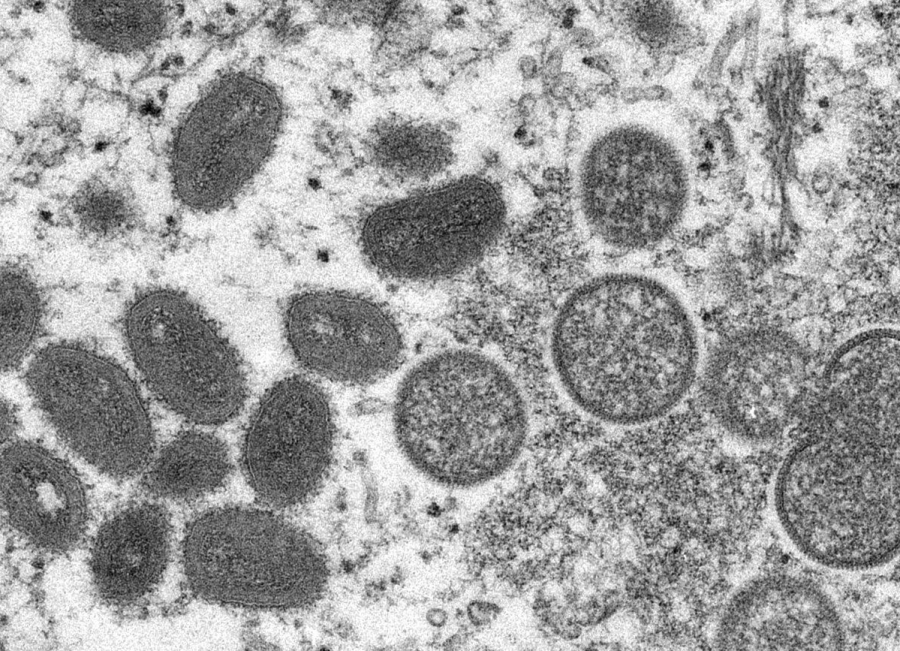 Earlier Thursday, the Quebec Health Department confirmed the province's first two cases of monkeypox and said 20 other suspected cases are under investigation.

In a news release, the department said people should be alert to symptoms of the rare disease but stressed that it is spread through prolonged close contact with someone who is infected.

"Its contagiousness is thus considered limited compared with other viruses (flu, COVID-19, etc.)," the release said.

Montreal public health authorities urged calm as they confirmed they are investigating 17 suspected cases of monkeypox, saying the disease isn't likely to spread through the community.

Montreal's public health director said that based on recent outbreaks in Europe and a case reported in the United States, there is a "strong possibility" that the infections in the city involve the virus linked to monkeypox.

“We do not have to panic. At the time that we are speaking, it is not something that is going to go to community transmission that is going to be sustained,” Dr. Mylène Drouin told a news conference.

Drouin said the first suspected cases in Montreal were reported on May 12 from clinics specializing in sexually transmitted diseases, although symptoms had begun appearing around April 29. She said the cases are seen mostly in men between the ages of 30 and 55 years old who have had sexual relations with other men.

Most cases identified in the city are not severe, and symptoms involve a period of fever and sweating followed by the appearance of a painful rash in the genital area, Drouin said. All of the suspected cases are isolating and they have been instructed to cover their lesions until they heal. Those considered significant contacts — people in the same household or sexual partners — have been asked to monitor for symptoms for 21 days.

“There is no specific treatment currently available," Drouin said. "It is painful, but mainly the forms we have right now are not severe forms of the illness."

Drouin said the disease is transmitted by prolonged close contact and by droplets, adding that there is no risk from activities such as taking public transit, eating at a restaurant or shopping.

"This is not something we can acquire by going to the grocery store," she said.

Although the infections were likely acquired through sexual activity, monkeypox is not considered a sexually transmitted disease.

“We do not want to stigmatize any segment of the population," said Dr. Geneviève Bergeron, the medical officer for health emergencies and infectious diseases at Montreal public health. "We want people to be aware of the concern but also to keep it in perspective that what we’re worried about is prolonged close contact, and that can happen in any sort of different type of setting."

She said there are likely other cases in the city that haven't been identified, and she called on people who are showing symptoms to contact a doctor.

Monkeypox is typically limited to Africa, and rare cases in the United States and elsewhere are usually linked to travel there. A small number of confirmed or suspected cases have been reported this month in the United Kingdom, Portugal and Spain.

On Wednesday, health officials in Massachusetts reported a monkeypox case in a man who had recently travelled to Canada. The man was in Montreal at the end of April to meet friends and returned home in early May.

Montreal health officials initially thought they were dealing with cases of chancroid, a sexually transmitted bacterial infection, until they received word of the U.S. case and changed the focus of their investigation.

“The case that we have in Boston was linked to a few of the suspected cases (in Montreal) but not all of them,” Bergeron said, noting some had travelled to Mexico and Belgium, while other cases weren't linked to travel at all.

Bergeron said there is evidence that those who received the smallpox vaccine as children may have better protection against monkeypox. It was routinely offered to those born before 1972 in Canada. Drouin said any decision about reviving vaccination would come from the federal and provincial governments.

Monkeypox typically begins with a flu-like illness and swelling of the lymph nodes, followed by a rash on the face and body. In Africa, people have been infected through bites from rodents or small animals, and it does not usually spread easily among people.

Monkeypox comes from the same family of viruses as smallpox. Most people recover from monkeypox within weeks, but the disease can be fatal for up to one in 10 people, according to the World Health Organization.