'Must be a joke:' Public Health Agency of Canada says president's emails and texts won't be released for 5 years

A requester seeking access to a week’s worth of emails and messages from the head of a federal agency embroiled in controversy has been told to wait five years or more for a response under Canada’s information law.

The applicant recently asked the Public Health Agency of Canada for emails, texts and messages that president Iain Stewart had sent or received from June 14 to 21.

The Access to Information request was prompted by curiosity about Stewart’s refusal to provide a House of Commons committee with unredacted documents about the firing of two scientists, which touched off a battle with Speaker Anthony Rota.

The Canadian Press granted the requester anonymity because they are concerned about the possible implications of publicity for their employment as an Ontario public servant.

Under federal access law, agencies are supposed to answer requests within 30 days or provide reasons why more time is needed. 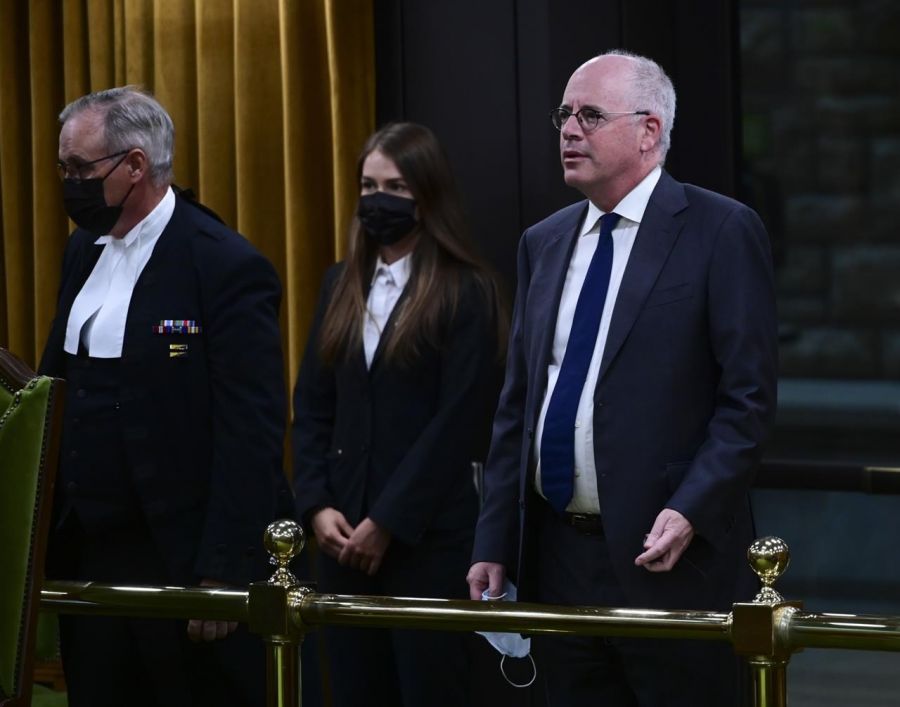 The Public Health Agency of Canada recently informed the applicant that an extension of up to 1,950 days — over five years and four months — would be required. It said the request involves a large number of records, the original time limit would unduly interfere with agency operations and another government institution must be consulted.

The Public Health Agency had no immediate further comment.

The requester and experts in freedom of information said the lengthy extension defeats the purpose of the access law.

"Transparency is only a lame catchphrase," said the applicant, accusing the agency of obstructing access to the records.

The requester has complained to the federal information commissioner −− an ombudsman for users of the law −− in the hope she will remedy the delay.

"She has the chance to take bold action and finally hold federal bureaucrats to account — especially on such a pressing issue of public interest."

Fred Vallance−Jones, an associate professor of journalism at University of King’s College in Halifax, said the extension amounts to "something like eight months of additional time for each single day of messages, which seems absurd on its surface."

"It’s important to note that Stewart is a very senior official, and there is every expectation that his communications would be preserved and accessible," Vallance−Jones said.

"Access to information loses any meaning if information cannot be retrieved in a reasonable amount of time and I think that is doubly true for people at this level who should be able to anticipate such requests."

When Sean Holman, who studies the history of freedom of information, first saw the extension notice, he thought: "This must be a joke."

"This is nothing but delaying access to effectively deny access and another example of how the Trudeau government has broken the Liberals’ election promise to be open by default," said Holman, a journalism professor at Mount Royal University in Calgary.

The latest extension comes shortly after New Democrat MP Charlie Angus learned it could take the Justice Department more than six years to process his request for documents related to a new regulator that will handle child pornography and exploitative material.

The federal government is currently reviewing the Access to Information Act and how it is administered.

In a submission to the review, the group World Press Freedom Canada said federal institutions have little incentive to abide by reasonable time−frames.

"There is no clear limit to the length of extensions they can unilaterally invoke, and blowing past deadlines has no material consequences. The playing field is tilted in their favour."