Prince Charles and his wife, Camilla, are set to begin a three-day tour of Canada this week that will focus on Indigenous reconciliation and climate change — and on connecting with a Canadian public that is increasingly skeptical of the monarchy.

The Prince of Wales and the Duchess of Cornwall will stop in St. John's, NL, Ottawa and the Yellowknife area during a visit that "will highlight an emphasis on learning from Indigenous Peoples in Canada as well as a focus on working with businesses to find a more sustainable way of living with global warming," according to Clarence House, the couple's official London residence. 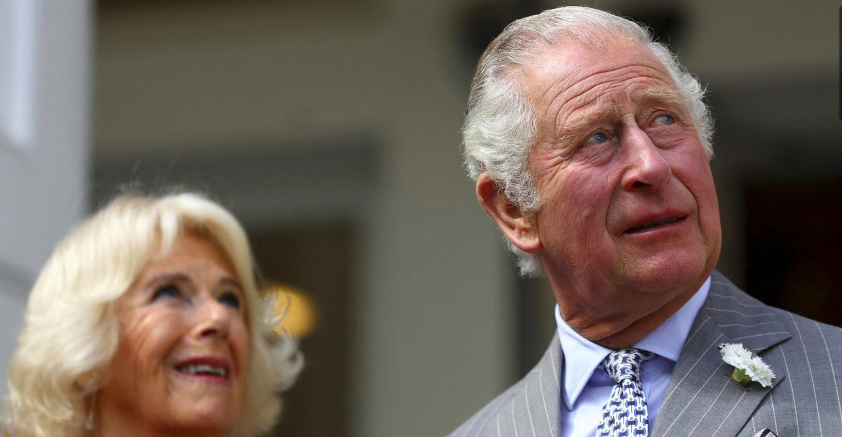 In line with those priorities, they will attend a reconciliation event in St. John's and will visit the First Nation community of Dettah in Yellowknife. There will also be a visit to the Dettah ice road as well as discussions on the importance of sustainable finance in building an economy with net-zero carbon emissions.

The visit, which begins Tuesday, will be the 19th trip to Canada for Prince Charles and the fifth for Camilla.

It is a joyful occasion for royal fans, who are looking forward to the couple's first visit to Canada since 2017. Robert Finch, the head of the Monarchist League of Canada, believes the tour in honour of the Queen's Platinum Jubilee — her 70 years on the throne — couldn't come at a better time.

"We're just coming out of a pandemic that's taken its toll on all of us, and we're in the midst of more uncertainty economically, geopolitically, what have you," he said in a phone interview. "So it's nice to get those things that are kind of positives and the things that celebrate and bring people together."

Besides the more serious meetings, the trip involves plenty of pomp and photo ops, including visits to local businesses, ceremonies to celebrate the Jubilee and a viewing of the RCMP musical ride — a performance on horseback.

Both supporters and critics of the monarchy say the visit will be a test of Charles's ability to win over the Canadian public at a time of increasing scrutiny of the monarchy.

Opinion polls have suggested that support for the monarchy in Canada has been steadily dropping in recent years.

An online poll from Angus Reid released in late April that surveyed a representative sample of 1,607 Canadian adults found that just over half — 51 per cent — felt the country should not remain a monarchy in coming generations, compared with 26 per cent who thought it should.

While the Queen was still viewed favourably by a majority of respondents, only 29 per cent viewed Charles that way, and only 34 per cent supported keeping a constitutional monarchy under his rule.

There is no margin of error for online polls, but Angus Reid said that for comparison purposes, a probability sample of this size would be accurate within 2.5 percentage points, 19 times out of 20.

Finch doesn't put much stock in the results of polls that suggest Canadians are ready to ditch the monarchy, due in part to the way the questions are framed. "Republicanism is just not, in my view, a winning proposition, and if it were, one of the major political parties in the country would have adopted it," he said.

But he did say this tour could be one of the most important royal visits ever — partly because of the focus on Indigenous reconciliation but also because of the chance for Charles to cement his role as future king at a time when his aging mother is stepping back.

He admitted Charles "has work to do" to appeal to the Canadian public, largely because his mother is so beloved. "She's going to be a tough act to follow," he said.

Patrick Taillon, a law professor at Université Laval in Quebec City who once challenged the laws of British succession in court, said the visit comes as both Canada and the United Kingdom are preparing for an eventual transition to Charles as king.

That moment, he said, "is likely to put the conversation on the nature of our institutions, and the choice of being a monarchy, to the forefront" in Canada.

Taillon said that while Canadians once saw the monarchy as a part of their identity — one that differentiated them from Americans — that's increasingly no longer the case.

He said the recent royal tour of the Caribbean by Prince William and his wife, Kate, which drew criticism for perpetuating images of Britain's colonial rule, as well as the allegations of mistreatment described by Meghan Markle, who along with her husband, Prince Harry, stepped back from royal duties in 2020, show the institution has failed to evolve with the times.

While he acknowledges that Canada's Constitution is notoriously difficult to alter, he said change is inevitable, sooner or later. Quebec, where anti-Crown sentiment is fiercest, has been ready to move on for a long time, he added.