Soldier faces charges for speaking out against vaccine mandates in BC

A Canadian soldier who publicly spoke out against federal vaccine requirements while in uniform has been charged while another Armed Forces member has been fined after posting a video supporting the Freedom Convoy.

The Defence Department confirmed the charges against Warrant Officer James Topp and finding of guilt against Aviator Riley MacPherson on Wednesday, adding six other service members remain under investigation for criticizing government policy.

A 22-year veteran of the Canadian Armed Forces who served in Afghanistan, Topp faces two counts of conduct to the prejudice of good order and discipline for comments that he made while wearing his uniform in February.

A copy of the charge sheet provided by his lawyer, Phillip Millar, says one of the charges relates specifically to a video posted to TikTok in which the army reservist criticized vaccine requirements for military personnel and other federal employees.

The second charge deals with similar criticisms that Topp made in Surrey, BC, around the same time, also while in uniform. A professional-looking video of those comments was later published to social media. 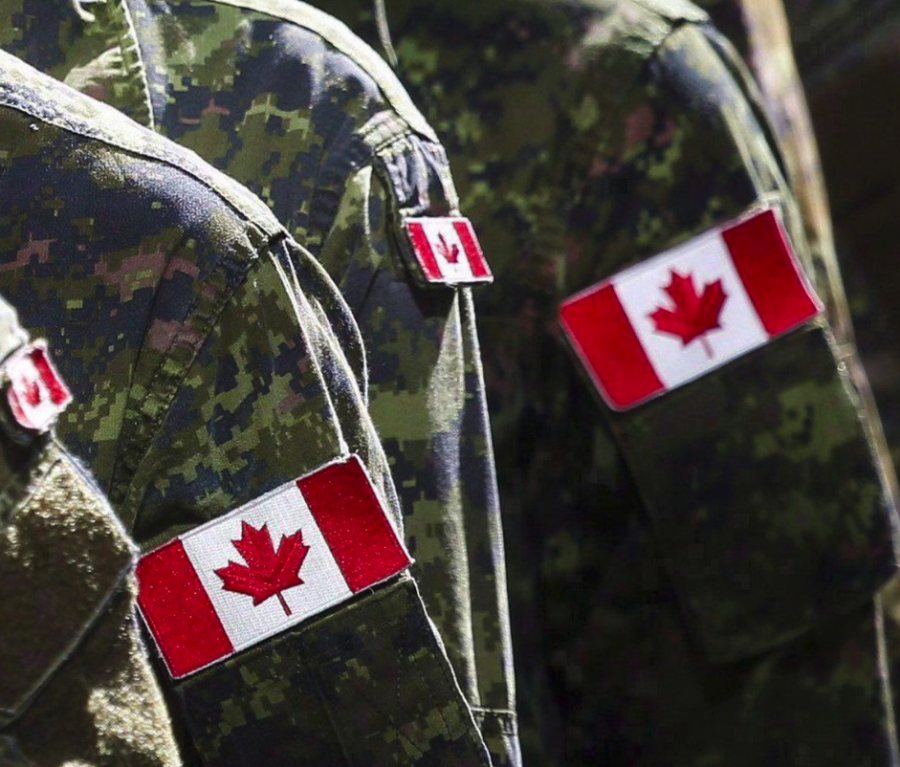 Canadian Armed Forces members are severely restricted in the comments they can make while in uniform, particularly when it comes to criticizing government policies, in large part to protect the military from any perception of politicization.

But Millar argued such restrictions should not apply to policies that affect Armed Forces members personally.

“We don't want people in uniform making political statements,” he said. “But this is not a case where he's supporting the NDP or the Conservative government. He's speaking about a policy that directly affects him, and his conviction.”

Topp in his first video acknowledged he did not have authorization to wear his uniform while speaking out against the vaccine mandates, and that he took full responsibility for his actions and the consequences.

But the warrant officer, who is currently in the midst of a 4,000-kilometre march from Vancouver to Ottawa that started on Feb. 20, added: “I do not believe that the state should have the power over my body and what goes into it.”

He later shot a second video in civilian clothing, saying he had been ordered to take the first video down, but the original remains available on social media.

Chief of the defence staff Gen. Wayne Eyre ordered all military personnel to be fully vaccinated by mid-October to protect the Canadian Armed Forces from COVID-19. The deadline was later extended to mid-December.

While most service members complied with the order, with the Defence Department reporting more than 98 per cent of Canadian troops had gotten vaccinated, hundreds of others did not and have been — or are in the process of being — kicked out.

The military requirement followed a similar mandate for all federal civil servants.

Millar alleged his client was initially offered a trial by court martial, in which the case would be heard by a judge or panel, but that they later changed it to a summary trial, meaning Topp’s chain of command will hear the case.

The change means that not only will the case not be heard by an impartial and independent body, Millar said, and Topp won’t be able to bring legal counsel to his hearing.

“The opportunity to explore whether or not the policy was, in fact, legal is denied to him,” Millar said.

The Defence Department did not respond to questions about whether the case was changed from a court martial to summary trial.

However, the fine against MacPherson followed a summary trial in which he was found guilty in February of conduct to the prejudice of good order and discipline after posting a video voicing support for the Freedom Convoy while in uniform.

The convoy saw hundreds of demonstrators block streets in Ottawa with big rigs and other trucks to protest COVID-19 restrictions, vaccine mandates and Trudeau's government. Officials described the three-week protest as an "occupation."

Protesters also blocked border crossings at Coutts, Alta., Windsor, Ont., and Emerson, Man., and the pacific highway crossing in BC — effectively corking trade between Canada and the United States.

“As we have stated before, members of the CAF must remain impartial when communicating publicly and are not permitted to express their personal views when in uniform,” Defence Department spokesman Daniel Le Bouthillier said in a statement.

“The CAF will continue to take appropriate disciplinary and/or administrative action to hold members accountable for their actions.”

The Defence Department said 13 Armed Forces members have been or are being investigated for publicly criticizing government policy. Military police are currently conducting two of those investigations, while four others are being led by individual units.

Officials opted not to charge the remaining five, three of whom have since left the military.