US to accept travellers immunized with vaccines approved by WHO, FDA, says CDC

Canadians immunized against COVID−19 with the Oxford−AstraZeneca vaccine can visit the United States when new travel regulations come into play next month, but it’s not yet clear whether those with mixed doses will make the cut.

The US Centers for Disease Control and Prevention said Monday travellers will be able to fly to the States if they’ve received shots of vaccines approved or recognized for emergency use by the World Health Organization or the US Food and Drug Administration.

It did not say whether that included people who had received a mixed−dose regimen of approved vaccines.

"CDC will release additional guidance and information as the travel requirements are finalized," said a statement from spokeswoman Jasmine Reed on Monday.

The agency began informing airlines of its decision last week, she added. 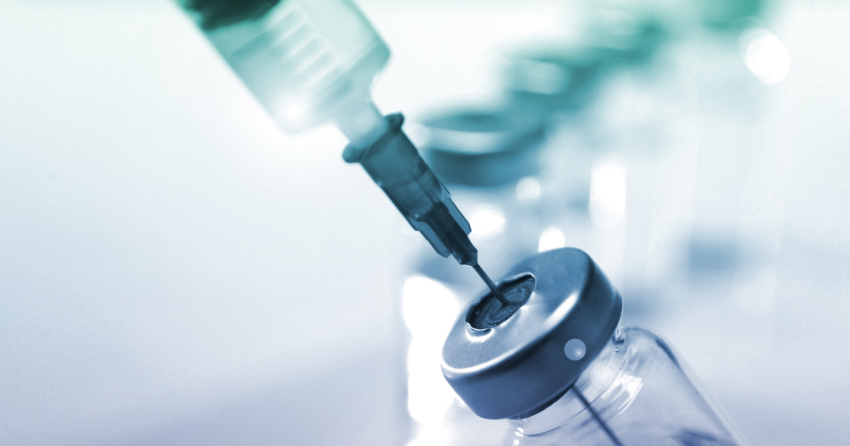 Evan Rachkovsky, a spokesman with the Canadian Snowbird Association, welcomed the decision but said members had concerns and questions about those who received two different doses of vaccines.

"You’re talking about millions of Canadians who aren’t going to be permitted entry into the US, based on the fact that they have two different vaccine doses," Rachkovsky said.

"We do remain hopeful that not only people with AstraZeneca, but travellers with the mixed doses as well, will be permitted entry into the US."

Last month, White House officials said international travellers would be allowed to visit beginning in November as long as they were fully vaccinated. They did not say which vaccines would meet that criteria.

The US Food and Drug Administration has approved three COVID−19 vaccines, and AstraZeneca was not among them. It is, however, approved by the WHO. It also does not allow for mixing doses of Pfizer and Moderna.

More than 3.9 million Canadians have two different doses of Health Canada approved COVID−19 vaccines, not including Quebec, which does not categorize data by vaccine product.

Of those, approximately 1.6 million had a dose of the AstraZeneca formula followed by an mRNA vaccine, data from the Public Health Agency of Canada shows. It’s not yet clear whether those who have received a mixed−dose regimen will meet the criteria.

The COVID−19 vaccines approved under the WHO’s emergency use listing have only been assessed as single product regimens, meaning people receive the same vaccine for both shots.

But the agency’s Strategic Advisory Group of Experts on Immunization recommends mRNA vaccines — Pfizer−BioNTech or Moderna — can be used as a second dose following a first one with AstraZeneca if a second shot of the same is not available.

The US Centers for Disease Control and Prevention did not respond to a request for comment.

Canada is one of only a few countries that opted to mix vaccine types for their first and second doses last summer.

Canadian public health officials have shared data with US counterparts and governments of high−priority destinations about the efficacy of mixing doses in an effort to inform their travel and border policies during the pandemic.

Mike McNaney, spokesman for the National Airlines Council of Canada, said the group welcomes the US Centers for Disease Control and Prevention’s decision.

"As countries move forward and recognize WHO approved vaccines, it underscores the critical need for the Canadian government to do likewise, and accept the global standard established by the WHO," he said in a statement.

Ottawa recognizes the Moderna and Pfizer−BioNTech mRNA vaccines, as well as the AstraZeneca and Johnson & Johnson vaccines, but not the WHO−approved Sinopharm or Sinovac shots. The US Centers for Disease Control and Prevention decision means American officials will recognize all six.

Travellers to Canada can only be considered fully vaccinated if they have two doses of Health Canada−approved vaccines at least 14 days before entering the country.

Health Canada said in a statement that the list of accepted vaccines may expand in the future as research grows.

Geneviève Tremblay, a spokeswoman for Global Affairs Canada, said Ottawa "respects the right of the United States to determine its border restrictions."

The Canadian government is working with the US to recognize different vaccine strategies including mixed doses and extended intervals between shots, she said in a statement Saturday.

The new travel rules in the United States replace Trump−era travel bans that restricted visits to the US by those who had recently been in the United Kingdom, the European Union, China, India, Iran, Ireland, Brazil and South Africa.

Passengers will have to show proof of vaccination before boarding, as well as a negative COVID−19 test taken no more than three days before departure.

Meanwhile the land border between the US and Canada is set to remain closed until at least Oct. 21.

— With files from James McCarten