A Mountie is being credited with saving the life of a suicidal man in Golden earlier this month.

The RCMP was initially called about the man by a member of the public who reported that he appeared to be lost while walking eastbound on the Trans-Canada Highway near the Kicking Horse rest area.

While officers searched for the man to check on his well-being, they received updates that he was now seated on the railing of the Park Bridge, which stands more than 300 feet above the Kicking Horse River. 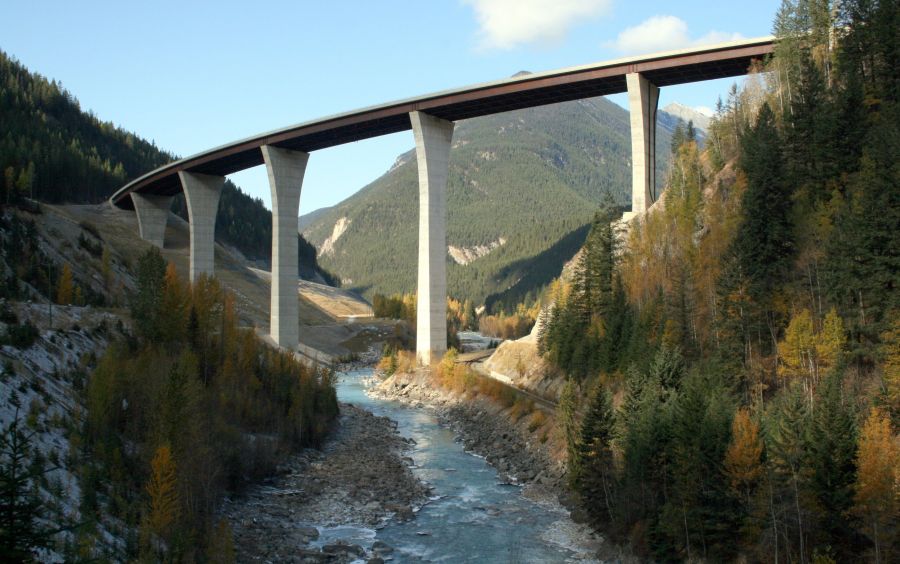 When an officer located and approached the man, he threatened to jump, so the Mountie kept his distance and began to engage in conversation to try and de-escalate the situation.

He continued to do this, slowly approaching the distressed man’s position while continuing to talk with him.

“After some time, the man swung his leg over the railing, however, the officer had moved to a position where he was able to grab the man’s jacket,” the RCMP explained.

Unfortunately, the buttons on his jacket opened and the man began to slip, so the officer grabbed under the man’s arm and pulled him up over the railing and onto the safety of the bridge.

Once he was pulled to safety, the man continued to struggle with the officer as he attempted to contain him, but a passing motorist stopped and helped control the man until another officer could arrive.

“We would like to recognize the actions of our officer and the motorist that stopped to assist our officer,” said Cpl. Mike Wilson.

“But we also want people to know that if you are in crisis, that there are resources available to assist you, including the police. If you need help, please call us.”

The man was apprehended under the Mental Health Act and transported to a local-area hospital for assessment.