Prime Minister Justin Trudeau has announced that his government will subsidize 75% of wages for qualifying Canadian businesses.

Businesses had previously been offered a 10% wage subsidy for employees during the COVID-19 crisis, but Trudeau said it had become obvious that was not enough.

The new subsidy will be backdated to March 15, the prime minister said.

Trudeau did not specify whether the $25,000 cap that applied to the 10% subsidy would apply to the new one.

He also announced that the government is working with banks to provide loans of up to $40,000 for small businesses, which will be interest-free for the first year.

Up to $10,000 of the loan could be forgiven and therefore not require repayment. 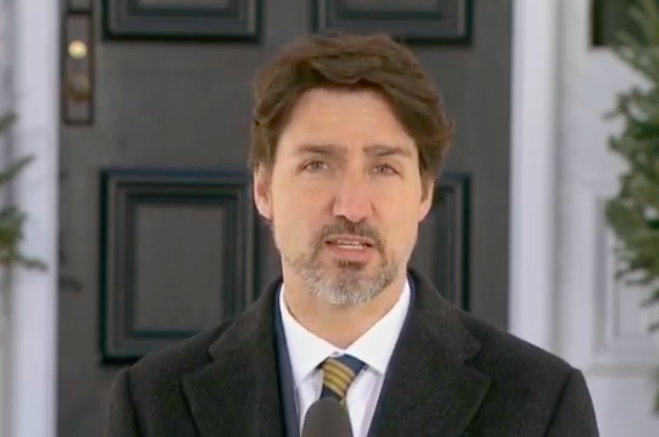 Trudeau added that he hopes small-to-medium-sized businesses will keep staff on the payroll – and even rehire laid-off workers – during the crisis so that the economy can recover from the crisis.

More details will be available on Monday, the prime minister said.

He said the costs are not yet known, but the federal government is committed to doing whatever is necessary to protect businesses and workers.

The subsidy is in addition to measures announced to pay workers $2,000 a month if they are unable to work because of the virus.

How long the measures will last depends on how long it takes to "flatten the curve" of new infections, Trudeau added.

He also said he is continuing to self-isolate in accordance with doctors' orders.