A new poll suggests more Canadians believe the worst of the COVID−19 pandemic has not passed as concerns rise about a fourth wave of infections driven by the spread of the highly contagious Delta variant.

Fifty−four per cent of respondents to an online survey by Leger and the Association for Canadian Studies say the worst of the COVID−19 crisis is already over, compared with 63% who believed so in a survey last month.

"We are seeing an impact of all the talk around the Delta variant," he said. "It is scaring some Canadians."

The poll also found that 73% of Canadians believe that governments should not lift all restrictions related to COVID−19 at the moment. 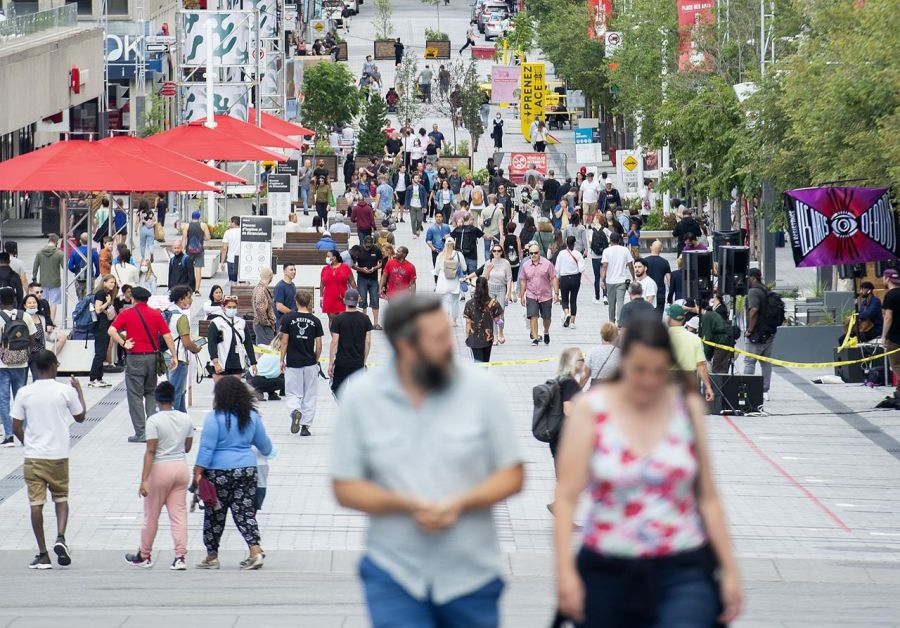 Bourque said that number is up by three points since another survey asked the same question last month.

The online poll of 1,534 adult Canadians was carried out July 30 and Aug. 1, and it cannot be assigned a margin of error because internet−based surveys are not considered random samples.

Canada’s top doctor warned last week that the country is at the start of a fourth wave of COVID−19 that could lead to a sharp resurgence in cases if public health restrictions are lifted before vaccination rates pick up.

“The trajectory will depend on an ongoing increase in fully vaccinated coverage and the timing, pace and extent of reopening,” Dr. Theresa Tam said Friday as she revealed new COVID−19 modelling.

“While some resurgence is expected as measures are eased, this updated model shows that if we maintain current levels of community−wide contacts, we would expect to see a modest increase in cases.”

Meanwhile, the new survey found that a majority of Canadians regularly watch the Olympic Games that are taking place in Tokyo.

Fifty−two per cent of the respondents say they are following the competitions and the athletes’ performances and 61% say the Olympics are still relevant.

"We did want to find out because some people were saying, ’Well, because of COVID and because of … the cost of the Olympics, is it still relevant to have sort of those major international competitions?’" Bourque said.

The survey also suggests that 82% of Canadians believe that women athletes should be able to wear any clothes they want while playing sports.

A controversy around what some women athletes can and cannot wear started weeks before the Olympics when Norway‘s women’s beach handball team got fined for wearing shorts instead of bikini bottoms in a match at the Beach Handball Euro 2021 tournament.

Last week, the German women’s gymnastics team took the floor for their first competition at the Tokyo Olympics wearing unitards with leggings that stretched down to the ankle. The gymnasts said the wardrobe choice was intended to push “against sexualization” in women’s gymnastics.