It’s been a long wait since 2019 for a proper in-person Canada Day — and yesterday’s festivities made up the time with a supurb showing. 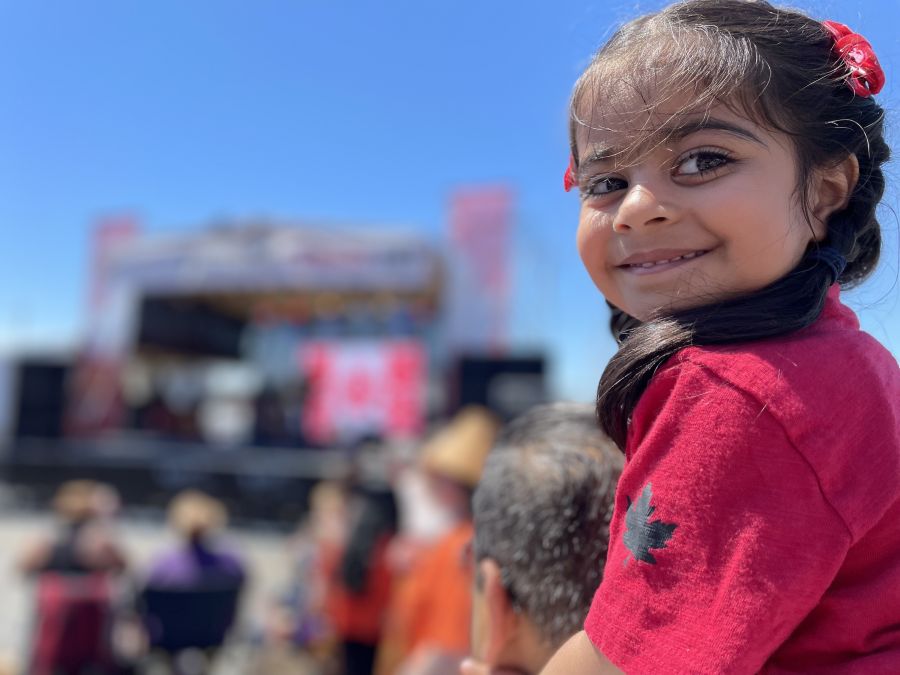 This year’s celebration was not only moved from the Legislature to the harbour, the celebration also moved its message and approach. Victoria’s Canada Day 2022 was all about unity, reconciliation, and consciousness.

“You look out at the crowd, and it’s red, white, and orange now,” Mayor Lisa Helps told VictoriaNow. Like so many, the mayor herself wore an orange shirt, the symbol of Indigenous suffering, as well as a garment of pride.

“I feel like we’re moving in the right direction with reconciliation,” said Helps. “Today is not ‘either-or,’ it’s for everyone.” The day began with a canoe protocol where Helps and city officials paddled to shore to ask permission to begin the festivities. From there, a stirring procession by the Lekwungen Traditional Dancers parted the crowds before taking to the main stage for ceremonial dancing. 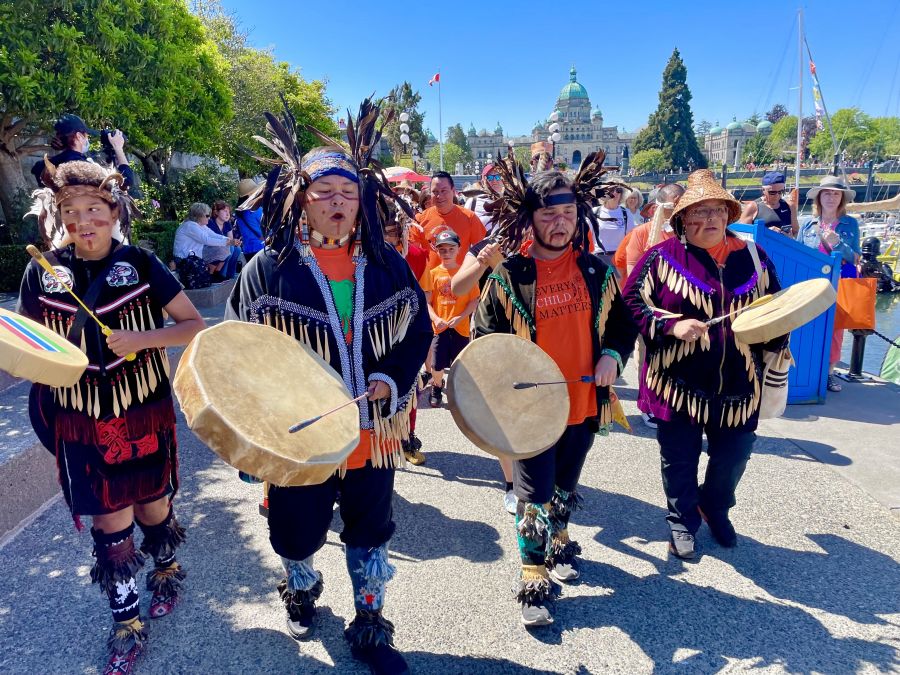 “We have found a new way to celebrate Canada Day, “ Esquimalt Chief Rob Thomas told the crowd. “Moving forward, finally we can all celebrate it together.”

The main stage was in motion from noon to night with dozens of diverse groups of musicians, and dancers. Event Producer Douglas Smith told VictoriaNow how exciting it was to finally see a public festival come together. “It’s been a sprint to the finish line, and seeing it right before your eyes is pretty amazing,” said Smith. “With community groups, artisans, food truck operators, and performers we’re really showcasing the diversity of Canada today,” Smith added, who showed no signs of slowing down. One of the more moving moments came early in the afternoon, when a host of young Ukrainian dancers were followed by the Kalyna Ukrainian Choir. After the national anthem they sang century-old songs that have now become rallying cries and hymns during the war. Under a cloudless sky, thousands of people took in the music and patiently waited in line for over twenty food trucks and vendors selling flavours from all over the world. 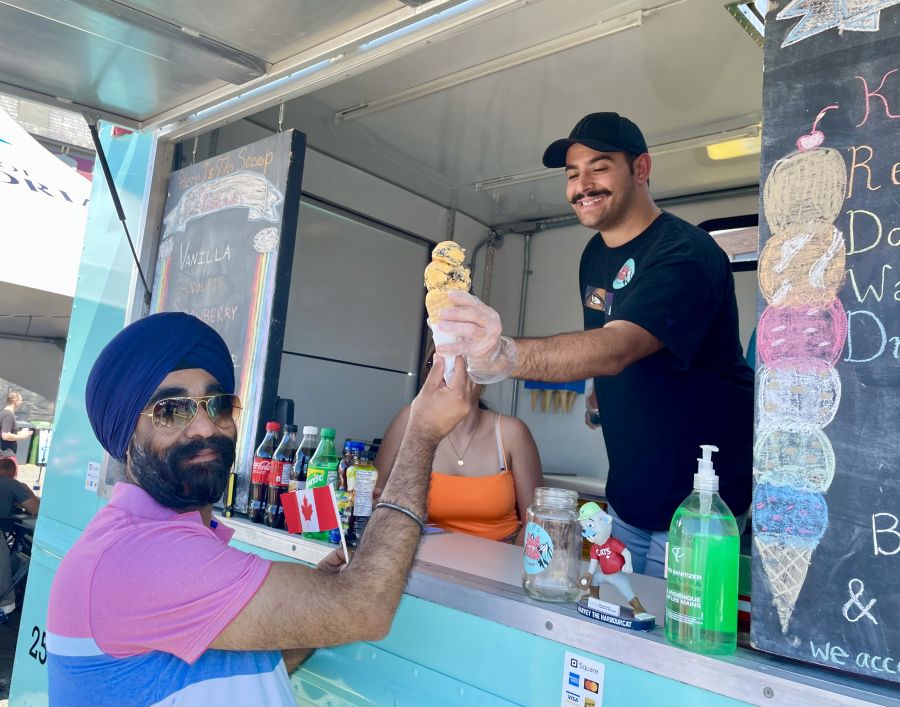 Stephanie Brown, a teacher from Portland, Oregon became a Canadian citizen this year and celebrated her first Canada Day on the Island.

“I’m so happy to be here,” said Brown. “There’s a new sense of pride and ownership of belonging.” Smiles seemed to be ever-present. While adults enjoyed the music, kids had countless activities to make their Canada Day special too. Canada Day wrapped up its successful comeback by lighting up the harbour with a colourful fireworks display. The day went out with a big bang, and certainly earned it.

“It’s all come together beautifully.”

Mon
24℃
Advertise with Us