A new billboard has gone up along the Patricia Bay Highway that calls on government to make good on a promise to make prescription contraception free.

This week, AccessBC had the billboard installed just south of Mount Newton Cross Road, outside of Victoria. 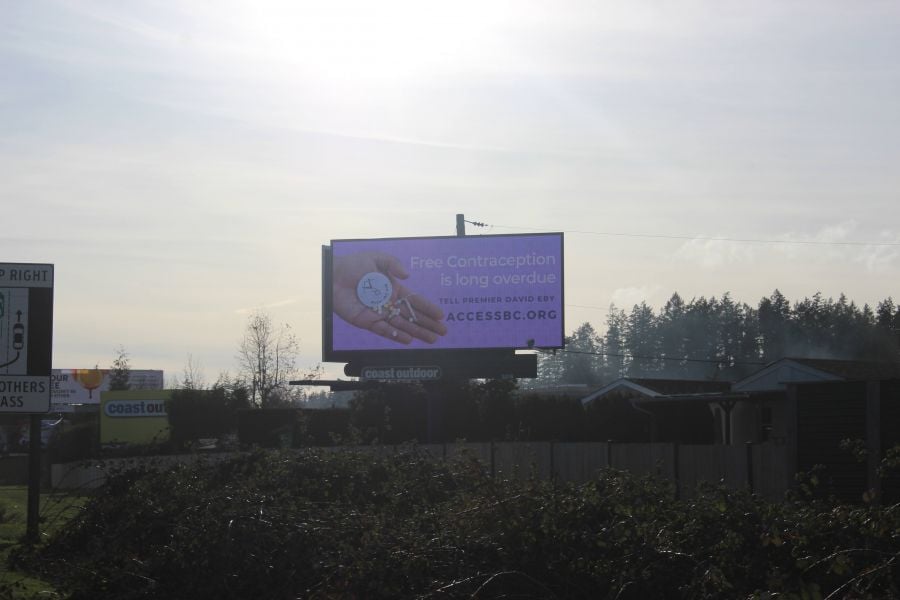 According to the organization, this is the first time the grassroots campaign has advertised and it is hoping that the billboard, along with other planned ads in the lower mainland, will help put pressure on the government prior to the 2023 budget.

The ads, which will be up for the next three weeks, were designed by Ariel Huo, a high school student at Semiahmoo Secondary. 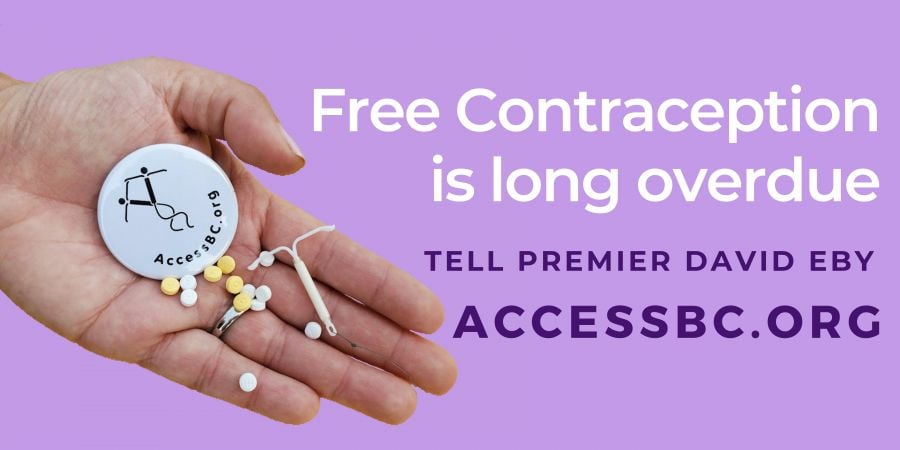 Sophie Choong, also a high school student and AccessBC’s marketing director, led the billboard fundraising campaign and says it has been “massively successful.”

“Free prescription contraception has been a longstanding government promise. It was in the Minister of Health’s most recent and previous mandate letters, but it has yet to be implemented,” says Choong.

According to the Vancouver Island Women’s Clinic, IUDS range in price from $80 to $500.

AccessBC says that oral contraceptive pills can cost $20 a month, the implant up to $350, and hormone injections up to $180 per year.

Making prescription contraception was part of David Eby’s mandate letter from Dec. 7, 2022. It was also addressed in the BC NDP's 2020 election platform.

"Cost should not prevent individuals, particularly young people, from their right to make choices about their reproductive health. While condoms can be easily found for little or no cost, and vasectomies are covered under MSP, prescription contraception is not covered. It’s time to make contraception free for all," the document from the NDP reads.

“These costs have been exacerbated by the pandemic and fall particularly on women and people who can get pregnant, making this an issue of equity and affordability,” said AccessBC.

“Not only does universal no-cost prescription contraception make life more affordable for people, but it will also save the government millions,” they added.

AccessBC cites a 2010 study from Options for Sexual Health that estimated providing universal, no-cost contraception coverage in BC would save the government as much as $95 million per year.

In addition to donations from members of the public, the Abortion Rights Coalition of Canada (ARCC), a national abortion rights group, helped support AccessBC’s billboard campaign.

“BC has an opportunity to lead the way, thereby encouraging other provinces to follow suit,” said Joyce Arthur, Executive Director of the ARCC. “BC can benefit from being the first province to showcase not just the cost-effectiveness of free contraception, but also its social justice benefits. The time to act is now.”

“For the past 5 years, the AccessBC Campaign has been advocating for free prescription contraception, and this is our first foray into public advertising,” says Teale Phelps Bondaroff, AccessBC Campaign Chair and co-founder.

“I’m incredibly grateful to everyone who helped support our campaign and to our amazing campaign team, and I hope that 2023 is that last year that people will face cost as a barrier to accessing prescription contraception in BC.”