Why does this West Kelowna winery look like a ruined castle?

Jason Parkes has outdone himself.

Located in a vineyard just off Brown Road, the winery rises four storeys and resembles the ruins of a 400-year-old castle.

Yet inside, the vibe and decor is Prohibition-era speakeasy and haunted mansion parlour. 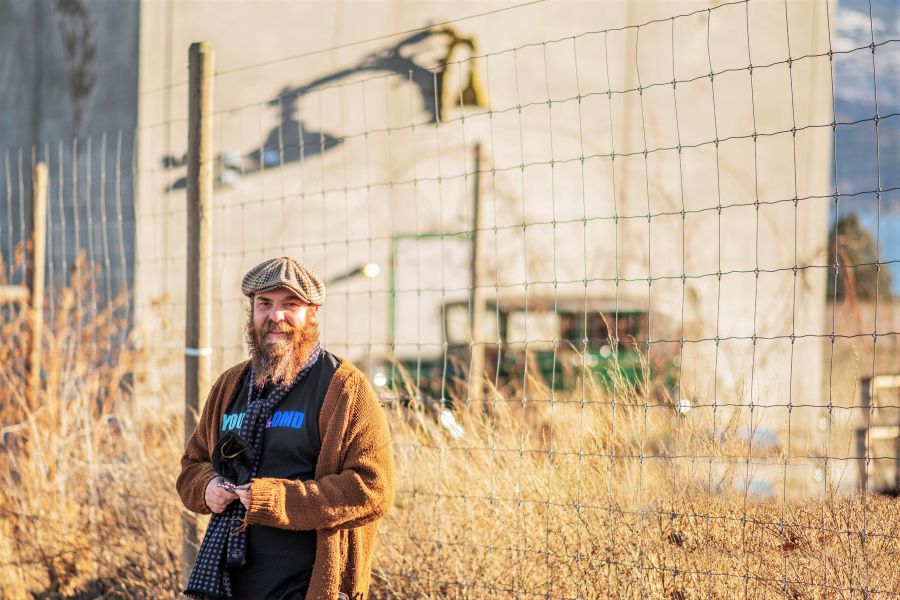 Parkes' other properties are also unconventional, including The Hatch and Black Swift wineries, also in West Kelowna, and Truck 59 Cider, next door to Crown & Thieves.

But Crown & Thieves has upped the ante.

"It was a dream of Jason's to do this concept," said tasting room manager Shannon Forgues.

"We just opened and let it get crazy." 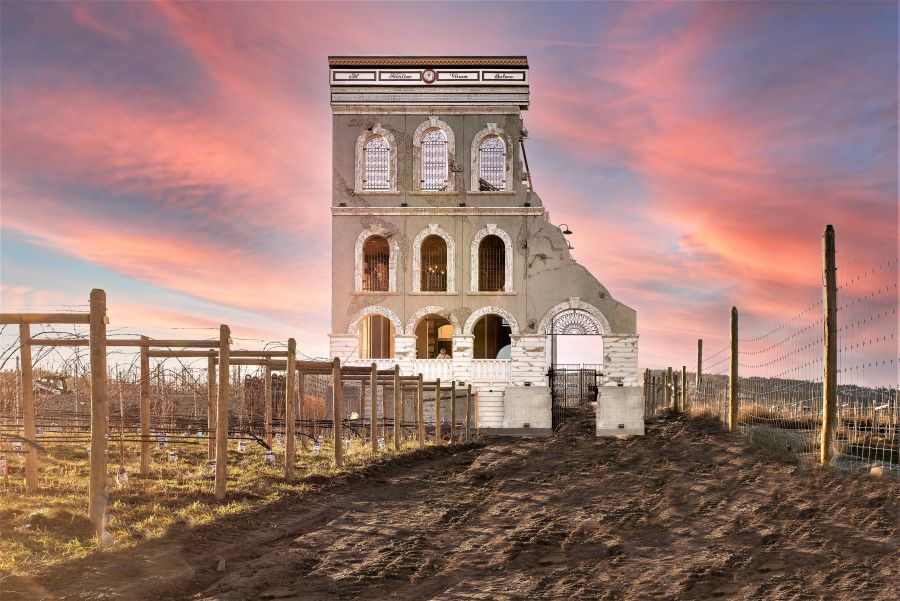 The building is so eye-catching, cool, off-beat, eccentric and unconventional that it caused a sensation as soon as it opened last month with people clamouring to get in for a look and a taste.

Of course, it's also oh-so Instagrammable and Crown & Thieves has become a social media darling as a result.

Crown & Thieves was a wine brand for years out of The Hatch.

But Parkes deemed it was time Crown & Thieves had its own bizarro digs to perpetuate the 'made by scoundrels, sipped by kings' motto. 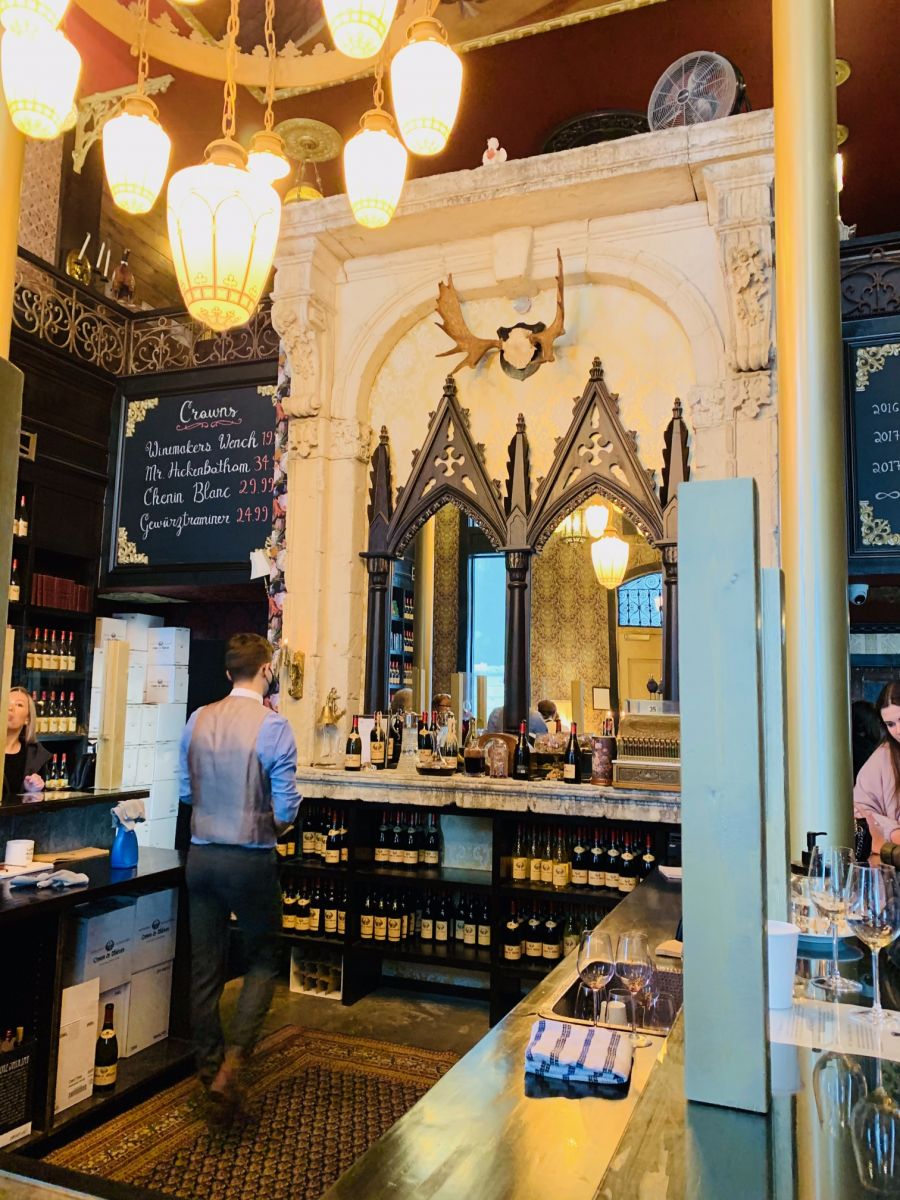 The scoundrels are the 'thieves' who steal from tanks and barrels to make wine and the kings are the 'crown' or the customers that drink the vintages.

Crown can also refer to the ruined castle theme and thieves a nod to all the mugshots of 1800s criminals on the walls.

It's all well and good to have a gimmick, but the wine has to be tasty, and it is.

Parkes’ next project is under-construction The Hatching Post microbrewery in West Kelowna, which will be similarly quirky with a Wild West facade and theme.

Crown & Thieves has limited opening right now because of COVID for tours and tastings, 11 am to 6 pm, Thursdays through Mondays. 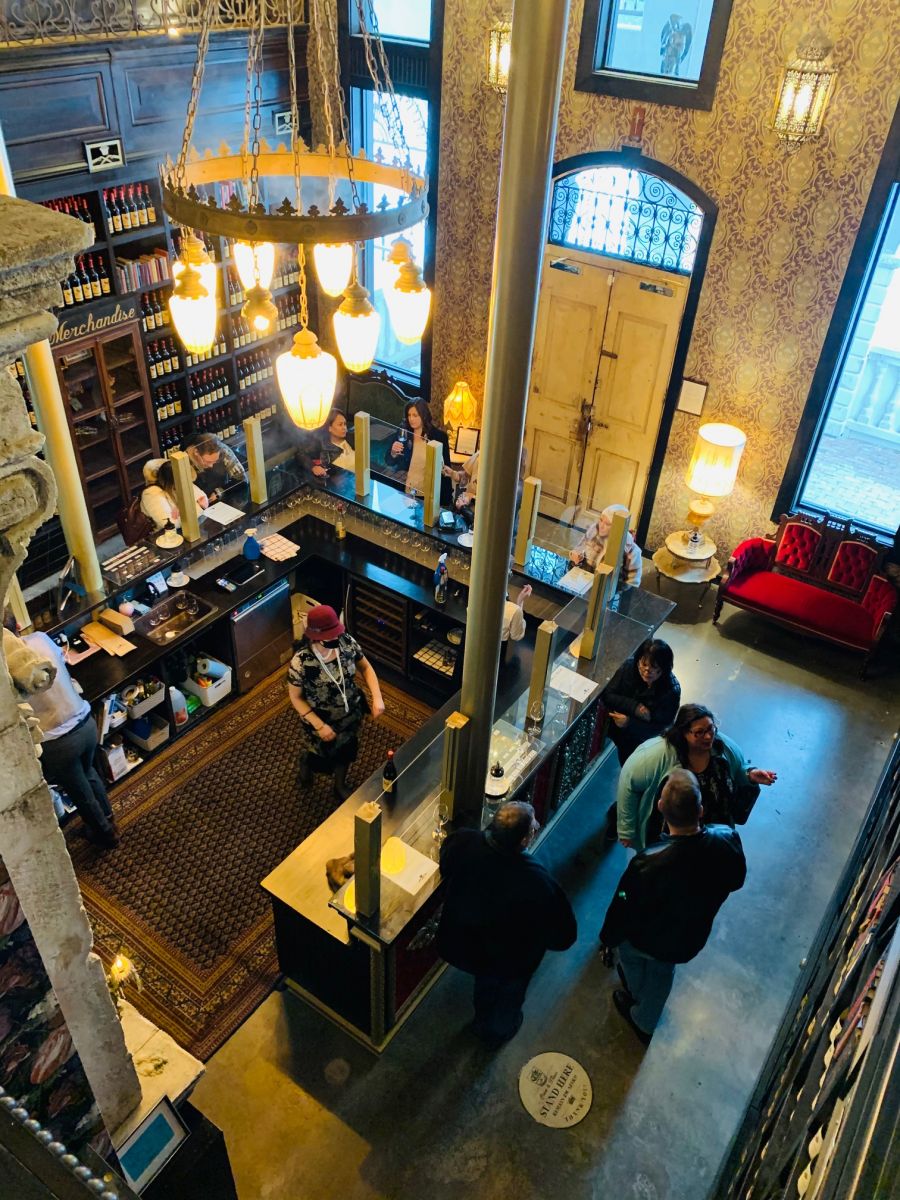