Matthew Phillips is back in the big leagues. 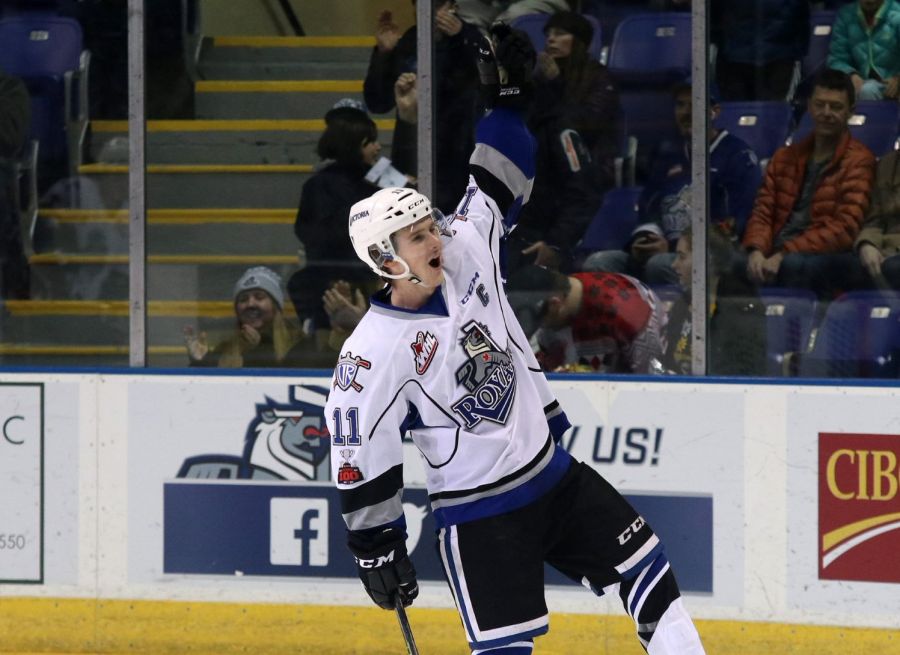 The Calgary Flames announced the recalling of the former Royal standout to the main roster from their AHL affiliate, the Calgary Wranglers, on Thursday.

Phillips has spent the past four seasons biding his time in the AHL for the Wranglers (formerly known as the Stockton Heat) after being drafted by Calgary in the sixth round of the 2016 draft.

While the 24-year-old does already have one NHL game under his belt, appearing as an emergency call-up when several players went out with COVID during the 2020-2021 season, he will now have the opportunity to stick with the main roster full time if he can find success in the coming weeks.

Phillips was in the midst of an impressive season with the Wranglers, amassing an AHL-leading 30 points (15 goals, 15 assists) in 20 games. Those numbers caught the attention of the big club, leading to his promotion on Thursday.

The Calgary, AB native is remembered as one of the best players in Royals franchise history, tallying 281 points on 136 goals and 145 assists in 215 career games. He also holds the franchise’s single-season scoring record, recording 112 points (48 goals, 64 assists) in 71 games during the 2017-2018 campaign.

Phillips could make his second career NHL appearance as soon as Friday night, as the Flames travel to Columbus, OH to take on the Blue Jackets.