Victoria Grizzlies goaltender Oliver Auyeng-Ashton has been added to the Coastal Conference roster for the upcoming BCHL 3-on-3 All-Star Tournament following the conclusion of a fan-vote on Tuesday. 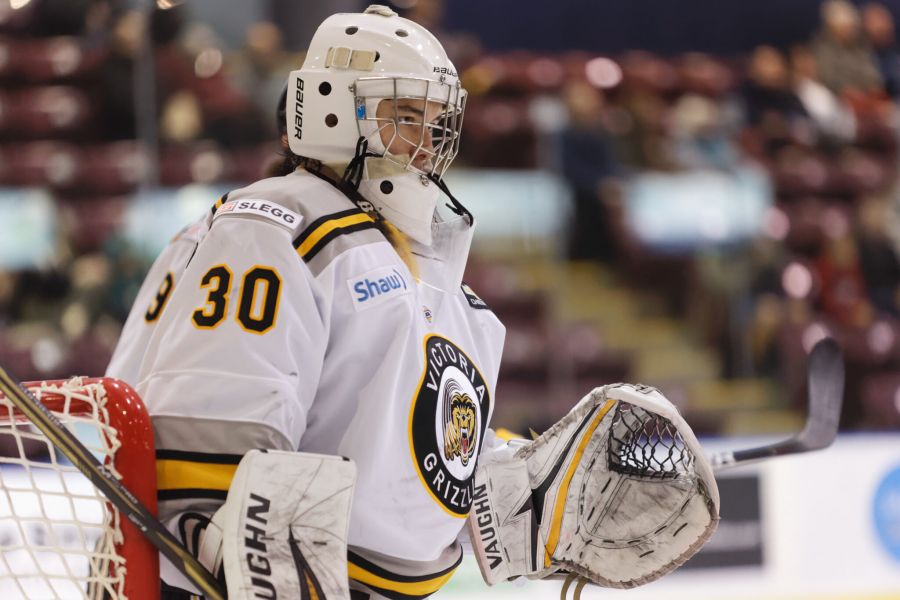 The Coquitlam, BC product has been one of the top goaltender in the entire BCHL this season, ranking inside the top three in nearly every statistical category with a 7-6-1-0 record, a .937 save percentage, a 2.07 goals against average and three shutouts in 16 appearances.

The 18-year-old was also recently named the league's first star of the week after allowing just a single goal over two contests against the Cowichan Valley Capitals over the weekend.

He will join Grizzlies teammate Olivier Picard, who was named to the initial Coastal Conference roster earlier this month, prior to the fan-vote.

The 2023 all-star event will feature 24 of the best skaters and four of the best goaltenders in the BCHL for a 3-on-3 tournament at the city’s brand-new outdoor rink.

The event was originally scheduled for 2021 to celebrate the league’s 60th anniversary, but was twice postponed due to the COVID-19 pandemic. The event is set to begin on Saturday, Jan. 21, 2023 in Penticton, BC.