The Victoria Grizzlies followed up a 2-1 road victory with a 3-0 win at home to complete the weekend sweep over the Cowichan Valley Capitals on Saturday. 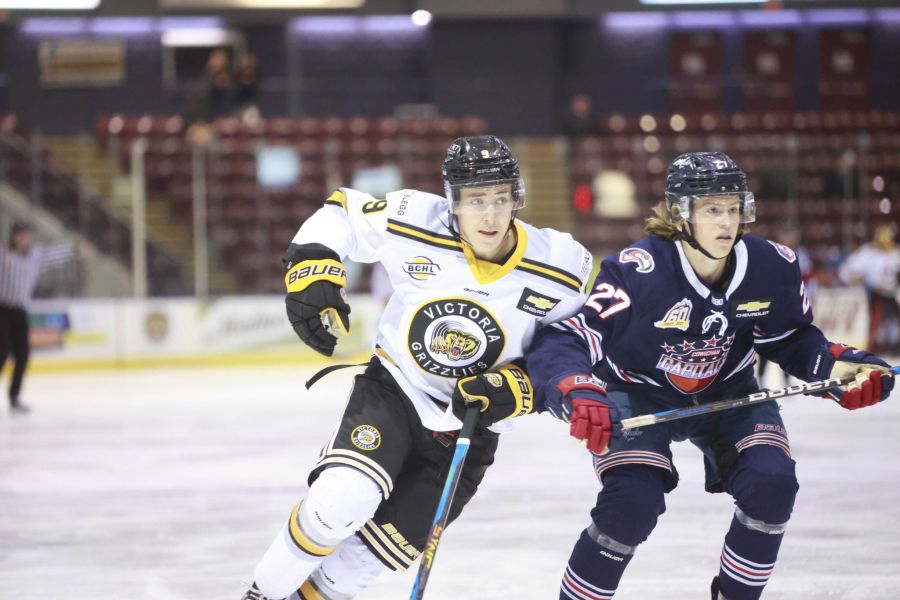 The Grizz have now won all four meetings with their mid-Island rivals and sit in fourth place in the Coastal Conference with a record of 9-10-1-2 on the season.

Forward Jack Gorton’s second period goal would make the difference in the opening game of the weekend, scoring at the 15:36 mark of the frame to put Victoria up 2-1 where it would remain until the final horn.

Fellow forward Owen Bohn would collect the other goal for the Grizzlies on Friday, breaking a scoreless tie at 5:57 mark of the second, while Capitals winger Andrew Haxon would count the only goal of the game (and of the weekend) for his team at the 13:40 mark of the same period.

Game two would shift to the Q Centre in Colwood on Saturday, where the Grizz would use goals by leading-scorer Oliver Picard, forward Luc Pellitier and defenseman Justin Gibson to crust to a 3-0 win over the visiting Capitals.

Victoria also benefited from another quality performance from Auyeung-Ashton, who recorded his third shutout of the season, stopping all 26 shots on the way to his seventh win of the year.

The Grizzlies will take the next six days off as they prepare for a road test against the Alberni Valley Bulldogs on Friday, Dec. 2, before returning home to play host to the Salmon Arm Silverbacks the following night, Saturday, Dec. 3.