The Victoria HarbourCats put an end to their three-game losing streak on Sunday with an 8-7 victory over the Ridgefield Raptors. 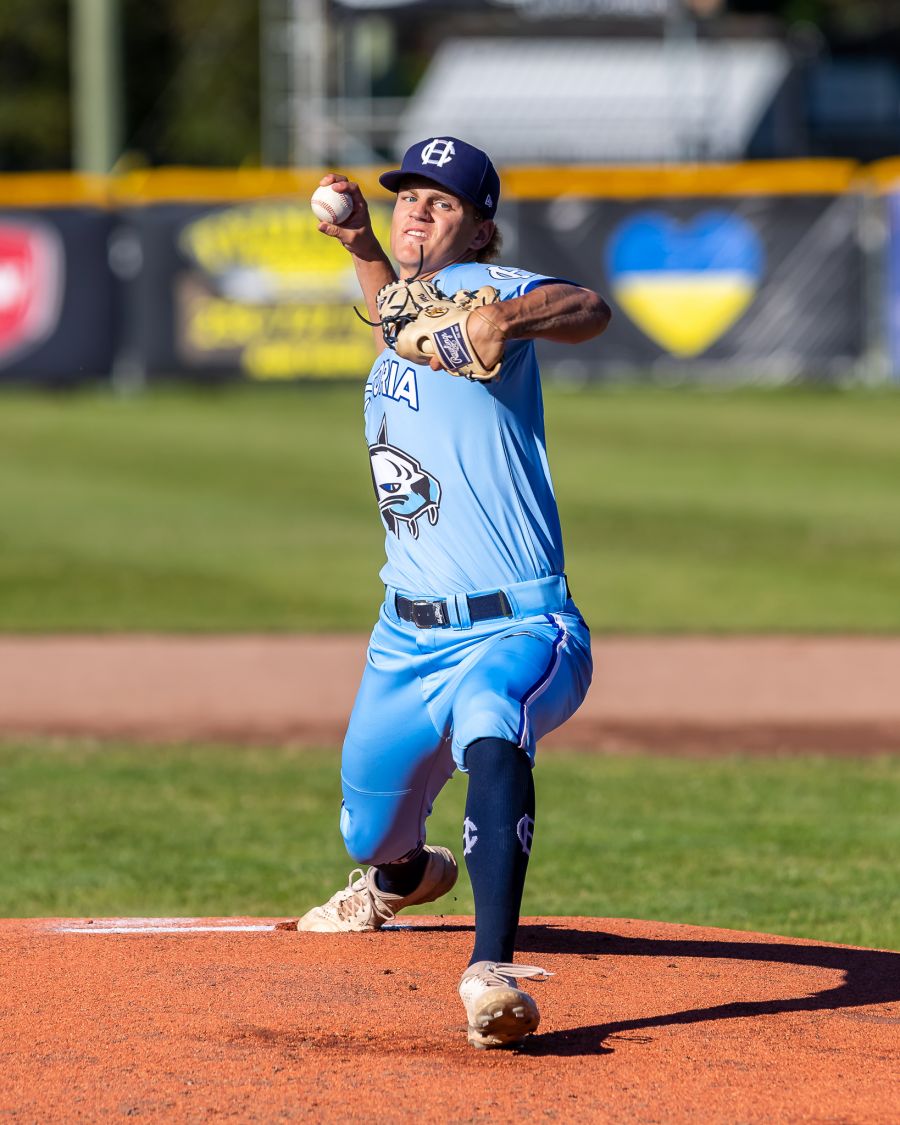 The ‘Cats used a five-run rally in the seventh to take their first lead of the weekend after they found themselves down 5-1 for the first six frames. The Raptors would tie it at six in the eighth, requiring yet another rally from Victoria, who would score two in the ninth off a Colton Moore triple and a Jake Skipworth single to take a 8-6 into the bottom of the inning.

A solo home run in the bottom of the ninth by Ridgefield’s Austin Caviness would bring his team back within a run, however Victoria’s Flynn Ridley would get the final three outs for his team and the ‘Cats would escape with the slim 8-7 victory.

It was a positive end for an otherwise forgettable weekend for the HarbourCats, who were defeated 13-11 in a game one slug fest on Friday, before suffering a demoralizing 12-0 loss in game two on Saturday night.

The club now sits in fourth place in the West Coast League’s North Division with a 7-11 record and trails first-place Kamloops by six games.

Victoria will return home to Royal Athletic Park this week, where they will host the Cowlitz Black Bears for a three-game set beginning Tuesday night at 6:35pm.

Mon
24℃
Advertise with Us