‘I can’t wait to start’, Royals’ prospect Hudson Bjornson ready to bring his talents north of the border

While defenceman Hudson Bjornson may hail from a land containing far more cactus than ice rinks, he believes he possesses the skills and determination to have a successful junior career with the Victoria Royals. 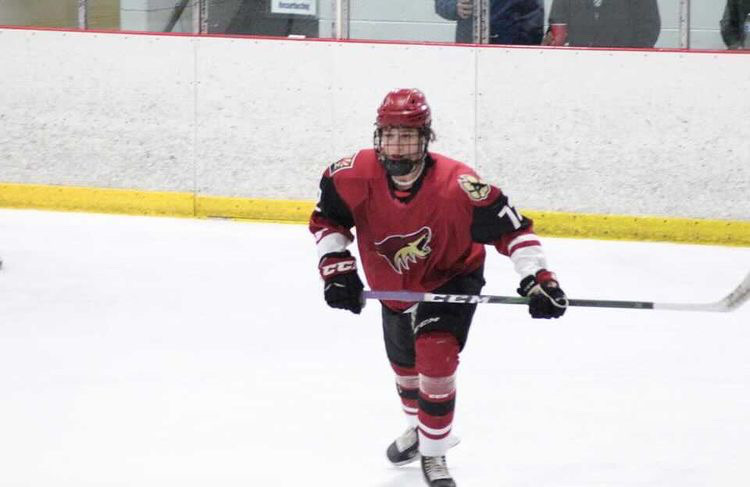 The Scottsdale, AZ product has developed a strong two-way game in the desert, which led to him being drafted by Victoria with the ninth overall pick in the first round of the 2021 WHL US Prospects Draft last December.

More recently, the 16-year-old impressed coaches and scouts alike at the 2022 US National Development Boys Select 16 camp earlier this summer, where he competed to be selected for the upcoming Five Nations Tournament.

The camp gave the young blueliner his first taste of national-level hockey, and provided him an excellent chance to develop and learn new skills that will be indispensable for a future in the WHL.

He was excited with the feedback he received from the coaches at the camp:

“They were saying I played pretty well,” said Bjornson. “The game was much faster. When I got there, the first game was pretty quick, but it wasn’t too difficult…It was really fun. Such a nice experience getting to know everyone. ”

The 6’1”, 154 lbs defenceman will now have the tall task of moving from the minor hockey ranks to one of the top junior leagues in the world.

While he recognizes there will be many challenges and hard times in moving up a level, Bjornson remains confident he has what it takes to find success:

“I’m just pumped,” said Bjornson. “I can’t wait to start. I want to see how I can hold up against the older guys, see how much different it is than youth hockey. It’s definitely going to be an adjustment there…Older guys, more strong and powerful, but I think I can handle it.”

Bjornson became known for his physical style of play with his U15 AAA Phoenix Junior Coyotes of the T1EHL, something he hopes can bring to the next level:

“I play a two-way game, but more of defensive than offensive,” said Bjornson. “So I think I can shut some guys down there…I’m a pretty physical player, I like throwing around hits and stuff.”

Beyond the ice, Bjornson will also have to adjust to the demanding schedule of a junior hockey player and life away from home. However, a recent visit to Victoria at the end of the 2021-2022 season reaffirmed his belief that the Island is where he wants to call home for his junior career:

“I was pumped that it was Vic that picked me,” said Bjornson. “All the boys were welcoming and nice there, and I can’t wait to see all the new places and travel around with the team, see what it's like up there. It’s pretty different than down here.”

Bjornson will dawn the white and blue for the first time when Royals’ rookie camp opens later this summer.