‘I want to come in and be a guy who can be relied on’, forward Teydon Trembecky ready to write next chapter of WHL career in Victoria

It has been a whirlwind couple of weeks for Teydon Trembecky, the newest forward on the Victoria Royals roster. 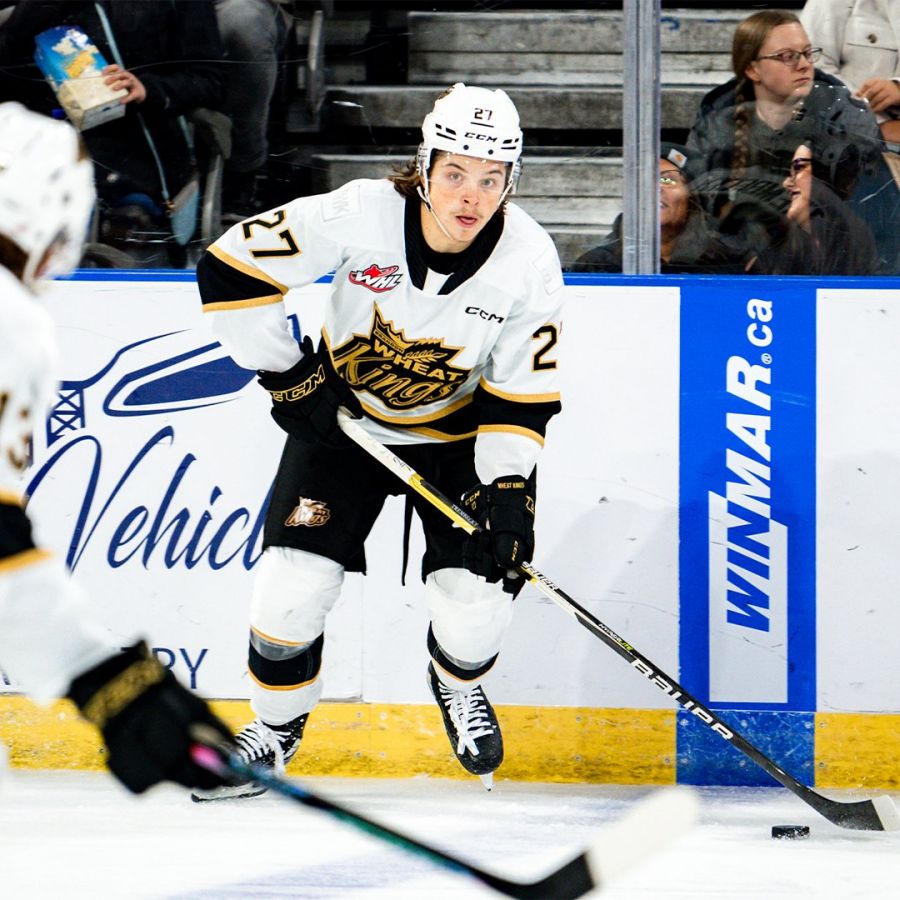 A trade, a cross-country flight and lost luggage are only a few of the challenges the Strathcona, AB native has had to face since being acquired by the Royals from the Brandon Wheat Kings last week.

Trembecky received news of the trade late in the morning last Thursday and found himself on an Island-bound flight later that night.

Upon arriving at Victoria International Airport, Trembecky was dealt a body check that is the dread of all travellers – lost luggage.

It wasn’t the smooth landing the 17-year-old had envisioned, but he took it in stride:

“I got here, got off the plane and none of my stuff was here, no hockey bag, no luggage, that was kind of tough,” said Trembecky. “It ended up coming about a day later but I had to miss practice on what would have been Friday, but it happens.”

Without both his personal belongings or his hockey gear, Trembecky was unable to participate in what would have been his first practice with the team that Friday afternoon and instead would make his first appearance on the ice with Victoria in front of a 7,000-plus strong crowd against the Regina Pats last Saturday night.

Trembecky had never experienced a debut like that before:

“It was awesome to play in front of a crowd like that,” said Trembecky. “I just did the morning skate on the ice before the game, but that was my first time on the ice with the team.”

The 2005-born forward was originally selected by the Brandon Wheat kings with the 57th overall pick in the third round of the 2020 WHL Prospects Draft, selected three spots ahead of former Royals forward Anthony Wilson, who would be one of the players (along with defenceman Luke Shipley) sent to the Wheat Kings in the trade last week.

Trembecky made his debut for Brandon as an affiliate player during the 2021-2022 season, appearing in five games before making the roster as a full-time player this season, playing in 19 contests before being sent to Victoria.

He previously played for the Whitecourt Wolverines of the AJHL and spent his minor hockey with Northern Alberta Xtreme Prep’s U15 and U18 squads prior to beginning his WHL career.

Trembecky hopes the change of scenery can help him reach new heights in hockey:

“It’s every kid’s dream to get drafted to the dub [WHL] and then the NHL,” said Trembecky. “So it's really awesome just to do everything in minor hockey and get drafted to Brandon and move over here now…I want to come in and be a guy who can be relied on and a guy that can bring this team success.”

He admits to some nervousness at the thought of joining a new team in the middle of the season, however a warm welcome by his Royals teammates quickly dispelled those feelings:

“It's always different of course, joining a new team,” said Trembecky. “It's just the way different hockey teams are, kind of feels like you’re a rookie coming back into a dressing room for the first time, but it’s been good…All the guys have been great welcoming me here, making sure I’m comfortable. It's been awesome.”

There were also a few familiar faces in the dressing room:

“I played with Logan Cunningham for a few years actually, two years at least,” said Trembecky. “Other than that Tanner Scott’s from where I’m from, Sherwood Park [AB], and I played with [Austin] Zemlak a bit when we were younger.”

With a week passed since the trade, Trembecky has now settled into his new surroundings and appeared in two games for the club.

While is output on the scoresheet has been quiet in his first few games for the Royals, he believes he can become an important part of this franchise this season and beyond:

“I try to be an offensive-minded guy, I feel like I’m a pretty smart player,” said Trembecky “I’m trying to become more of a complete player, more of a 200-foot guy...I feel like I play a bit like Matt Tkatchuk, an offensive guy who likes to score but also pretty aggressive and mix it up a bit, fight every once in a while.”

Trembecky and the Royals are scheduled to be back on the ice on Friday night when they begin a two game US road trip against the Portland Winterhawks.