Pacific FC suffered its first home loss of the 2022 season 3-0 at the hands of Wanderers FC on Saturday. 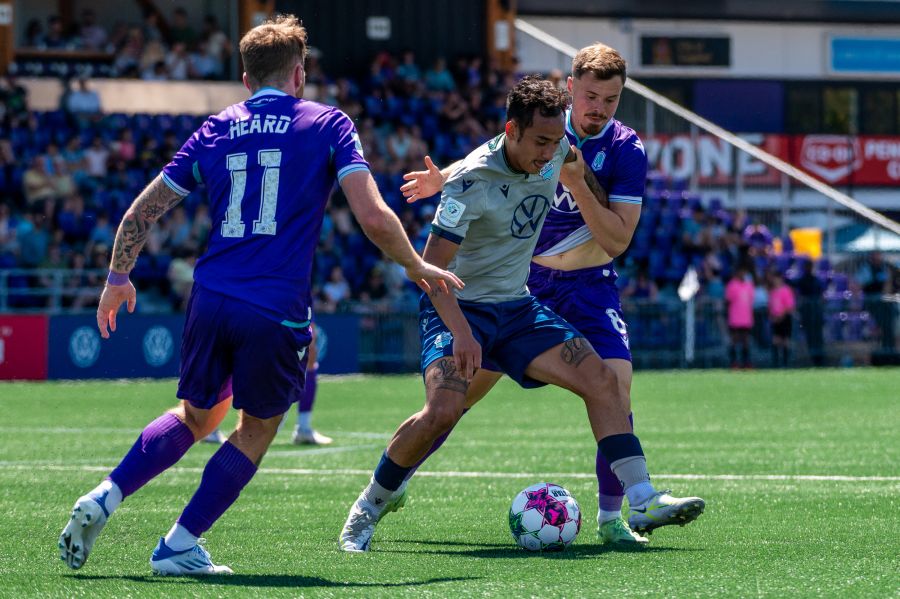 The Halifax-based club shot out to an early 2-0 first half lead on goals by Mour Samb at the 24 minute mark and Aiden Daniels at the 36 minute mark.

They would add onto that lead late in the second half with a penalty kick goal by Samber Salter at the 71st minute, putting the Wanderers up 3-0 with less than 20 minutes remaining in the match.

Despite some late challenges from PFC, they would ultimately be unable to beat Wanderers goalkeeper Christian Oxner who would record his third clean sheet of the season in the victory.

The loss brings the Trident’s record to 5-4-4 on the season and marks the first time the team has tasted defeat at Starlight Stadium this year.

A lack of offence has been a defining feature of Pacific in the past few weeks, managing to score just a single goal over their past four matches, three of which have ended in defeat and the other in a 0-0 draw.

They will look to rebound against Calvary FC, who they will host at home later this week.

Kick-off for that contest is set for 6:30pm on Thursday, Jun. 30 at Starlight Stadium in Langford.

Tue
26℃
Advertise with Us