Victoria Royals goaltender Nicholas Cristinao made 39 saves on 42 shots in a 3-0 loss to the Seattle Thunderbirds in Kent, WA on Saturday. 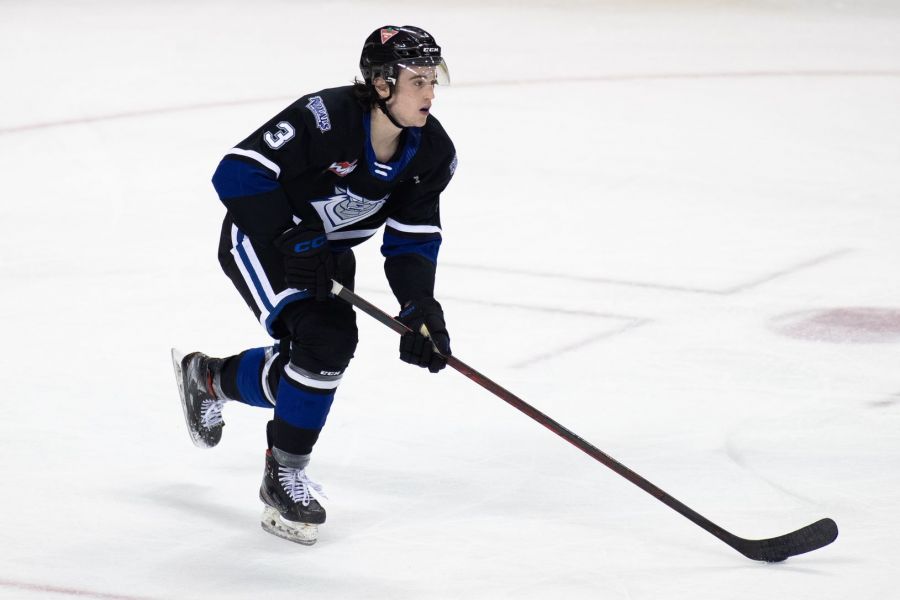 The Langley, BC native has held opponents to three goals or less in his two starts for the club after being acquired in a trade earlier this week and marked a season-high in saves on Saturday.

The Thunderbirds benefited from some quality goaltending of their own as 19-year-old netminder Thomas Milic stopped all 17 shots he saw on the way to earning his first shutout of the season.

Defenceman Kevin Korchinski and forward Reid Schaefer were the top point producers for Seattle in the win, each collecting a pair of assists.

Seattle (17-4-1-0) leading-scorer Jared Davidson (12) opened the game with a power play marker at the 11:09 mark of the first, giving the Thunderbirds an 1-0 advantage early in the first.

They would add onto their lead with a goal by forward Gracyn Sawchyn (7) at 4:49 of the second period, making it 2-0 for Seattle headed into the third.

Thunderbirds forward Jordan Gustafson (9) would score his team’s third power play goal of the night at the 12:54 mark of the third to put his team up 3-0, where it would remain until the final buzzer.

Looking ahead, Seattle will travel to Spokane, WA for a midweek matchup against the Chiefs this Tuesday night.

Victoria (3-20-3-0), meanwhile, will head back to the Island to host the Kamloops Blazers for a two game set on Tuesday and Wednesday nights.

Those contests are set to begin at 7:05 pm on both Tuesday, Dec. 6 and Wednesday, Dec. 7 at the Save-On-Foods Memorial Centre in downtown Victoria.