The Victoria Royals will pick seventh in the 2022 CHL Import Draft, being held remotely on Canada Day, July 1st. 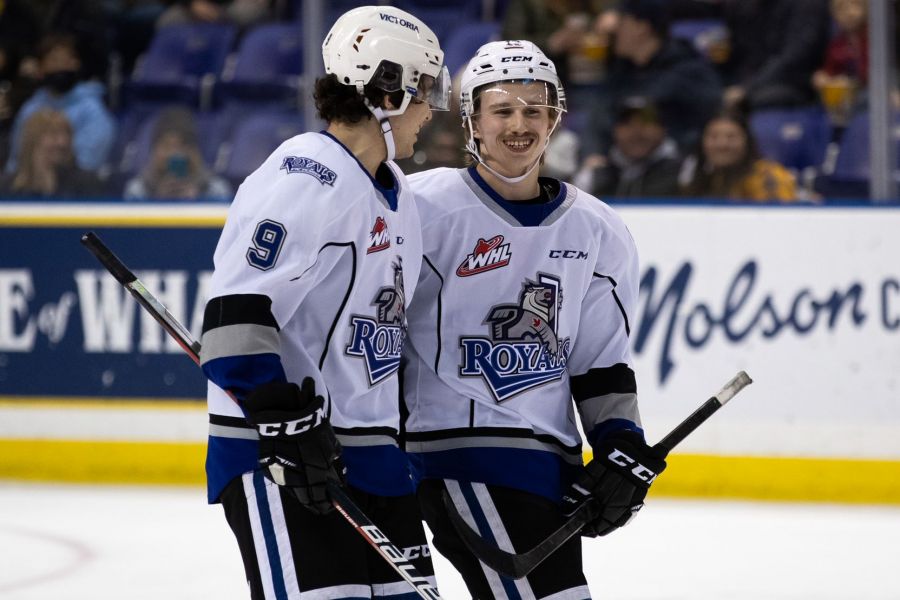 It will be the highest import selection in franchise history, with the previous high being the 14th overall pick which the team used to select Czech-born goaltender Patrik Polivka back in 2012.

The Import Draft allows every team from the CHL’s three major junior leagues – the WHL, OHL and QMJHL – to select the rights to sign eligible international players outside of the US and Canada.

The order of draft is assigned in reverse order based on a team’s record at the end of the season across the three leagues, with the worst team – this year being the Medicine Hat Tigers – picking first and the team with the best regular season record picking last.

There are also a number of rules unique to the Import Draft process. Teams are required to make a payment of $2,000 dollars as a posting fee and have an empty roster spot in order to make a pick.

The Royals have made ten selections in their history, dating back to 2011. Their most recent selection was Austrian-born goaltender Sebastian Wraneschitz, who was taken with the 60th overall pick in the 2021 Import Draft, however he would not appear with the team in 2021-2022.

Danish forward Marcus Almquist is the only current member of Victoria’s roster who joined the team via an import selection in 2020.

The draft is scheduled to begin at 8am PT on Friday, July 1.

Mon
25℃
Advertise with Us

‘I was blindsided’: National anchor Lisa LaFlamme given boot by CTV

2 Canadian train trips ranked amongst the best in the world