Second-year forward Ethan Boag scored a team-high 22 points to lead the UVic Vikes men’s basketball team to a 104-71 win over the Mount Royal University Cougars on Saturday in Victoria. 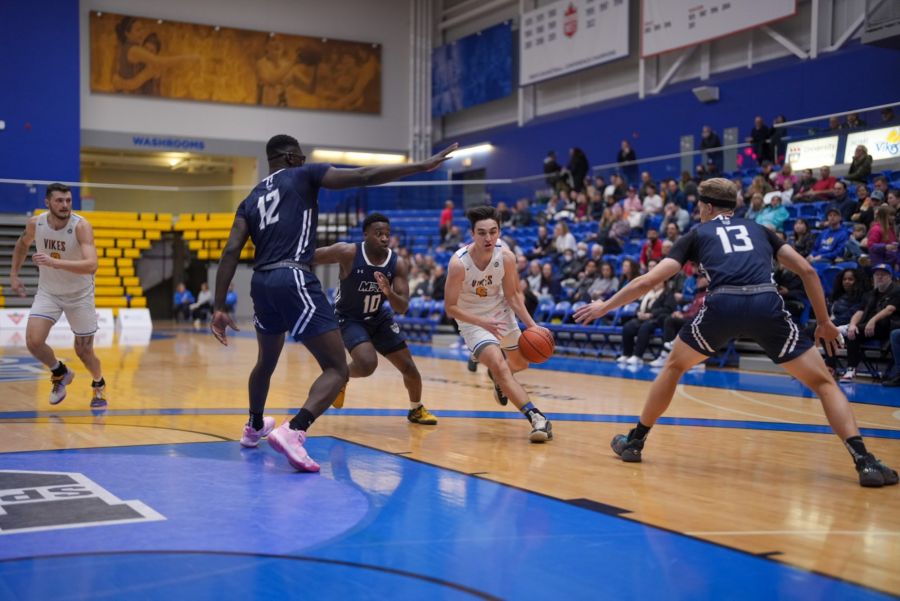 The win marked the second sweep in a row for UVic, who posted two wins over the Trinity Western Spartans last weekend before completing the swap of the Cougars this weekend.

Similar to Friday night – where they posted a 114-80 win behind 33 points from guard Diego Maffia – the Vikes remained in control of the game from the opening tip, outscoring their opponent 225-17 in the opening quarter.

They would then add 25 more in the second to take a 50-43 lead into halftime.

UVic would seal the win with a 26-point third and a 27-point fourth quarter, while holding the cougars to just 28 points for the remainder of the game to take home the 103-71 victory.

Maffia finished the game with 20 points of his own, marking the fifth-straight game he has eclipsed the 20-point margin.

Third-year guard Holt Tomie was the leading scorer for Mount Royal in the loss, recording 23 points and five assists.

UVic will now have a month off for the holiday break before resuming their Canada West schedule with a pair of road games against the University of Regina Cougars on Jan. 6 and 7, 2023.