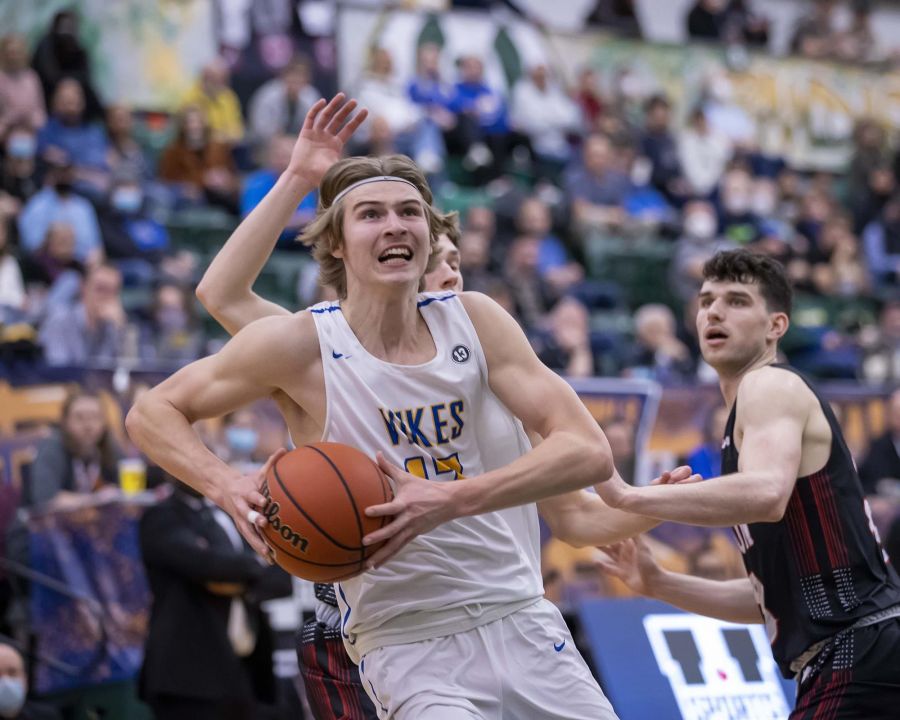 It is the highest point total of the season for the Okotoks, AB product, who also recorded six rebounds, two assists and three steals in the win.

The Vikes also benefited from a strong performance by leading-scorer Diego Maffia, who tallied 22 points, nine rebounds and seven assists of his own on Saturday.

Fifth-year guard Mason Bourcier was the top performer for the Spartans, putting up a game-high 38 points to go along with nine rebounds and four steals.

UVic would bounce out to a 30-18 lead in the first quarter behind six points from forward Trent Monkman and would carry that momentum into the second to open up a 55-38 lead at halftime.

The third quarter would see the Spartans attempt to mount a comeback, buoyed by an 18-point frame from Bourcier, and they would pull within ten points near the end of the quarter. However, the Vikes would regroup in the fourth, where star guard Diego Maffia would seal the win with 11 out of UVic’s 20 fourth quarter points to seal the 97-85 victory and the weekend sweep.

The Vikes will remain at home this weekend for their final two contests against the Mount Royal University Cougars, scheduled for 8 pm on Friday, Dec. 2 and 7 pm on Saturday, Dec.3 at CARSA Performance Gym on the UVic campus in Victoria.