The UVic men’s and women’s basketball teams will be back at the friendly confines of the CARSA Performance Gym in Victoria this weekend as they host the Trinity Western Spartans for two contests apiece. 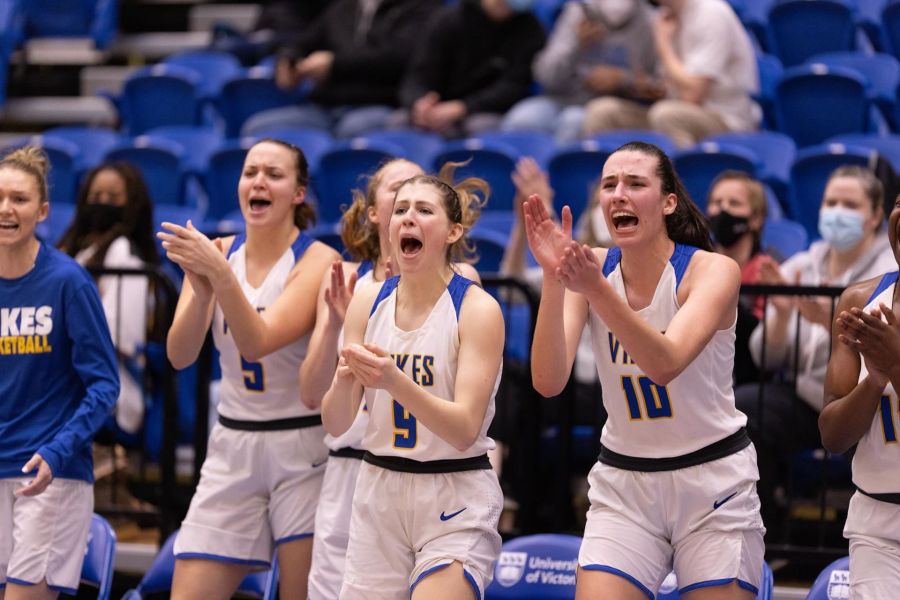 The Vikes men are coming off a weekend split against the University of Alberta Golden Bears, winning 92-71 last Friday before falling 89-84 in a rematch the following night.

Despite the mixed results on the road, UVic moved up to the number two spot in the U SPORTS national rankings, sitting only one spot behind perennial powerhouse Carleton with a 4-2 record on the season.

Third-year guard Diego Maffia is putting together an impressive season for the Vikes, leading the team in scoring with 21.8 points per game (PPG) while shooting 53% from the field.

Maffia and the Vikes will take on a strong Spartans squad that has also earned a 4-2 record through the first couple weeks of the 2022-2023 campaign. Trinity is led by fifth-year guard Mason Bourcier, who ranks fourth among all Canada West scorers, averaging 22.0 PPG through six games.

Meanwhile, the Vikes women’s team will look for a bounceback performance after dropping both their games to the University of Alberta Pandas last weekend, falling 67-64 on Friday and 73-50 on Saturday. Their record now sits at 2-4 on the season

Fifth-year guard Ashlyn Day has been the most valuable piece for the Vikes this year, averaging a team-high 22.3 PPG, however they will need their depth players to step up in order to get back in the win column this weekend.

They will take on a Spartans women’s team that has cooled off over the past week – dropping two straight – after beginning the season with four consecutive wins.

Fourth-year forward Nicole Fransson is the top threat for Trinity Western, averaging 21.5 PPG to go along with a team-high eight rebounds per game through her first six contests.

All games will be held at CARSA Performance Gym on the UVic campus.