Fifth-year guard Kate Johnson scored a game-high 24 points for the UVic Vikes women’s basketball team in a 75-70 win over the Mount Royal University Cougars on Saturday. 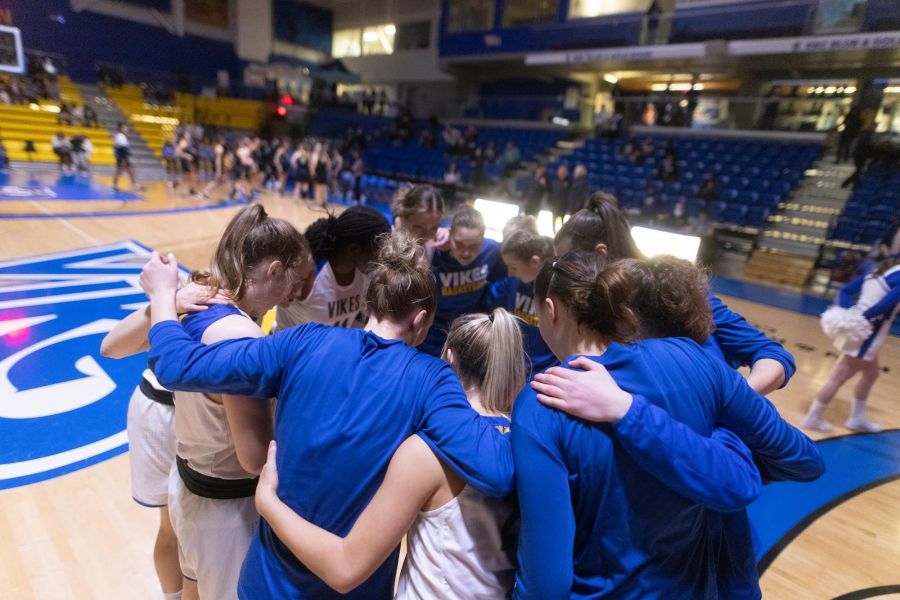 The Kelowna, BC native was also a big contributor in Friday night’s win over the Cougars, where she counted 18 points and six assists.

Sec-nd-year forward Mimi Sigue also came up big for the Vikes on Saturday, recording 12 point and 13 rebounds for her first double-double of the season.

The Vkies took an early lead to start the game, going up 23-14 in the first quarter. However, the second frame would see the Cougars battle back to take a three point lead into halftime.

The back-and forth action would continue in the second half, with the Vikes scoring 21 points in the third to regain the lead going into the fourth, where they would close the game out with 19 more points in the quarter to seal the 75-70 win.

Fourth-year guard Madison Hooper was the top performer for Mount Royal in the loss, recording 18 points and four rebounds.

The Vikes will now begin their month-long holiday break before travelling to Saskatchewan for a pair of matchups against the University of Regina on Jan. 6 and 7, 2023.