The Victoria Royals will be back at home this week as they host the Kamloops Blazers for a two game midweek set on Tuesday and Wednesday nights. 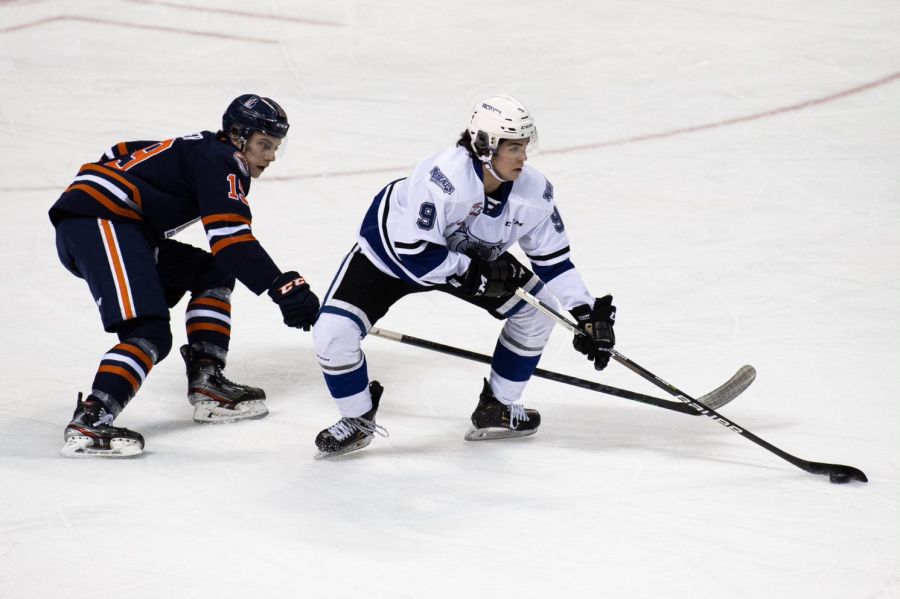 Victoria (3-20-3-0) is coming off a pair of close road losses to the Portland Winterhawks and Seattle Thunderbirds over the weekend and are hungry to get back in the win column against the Blazers this week.

Goaltender Nicholas Cristiano – who was acquired in a trade with the Kelowna Rockets last week – has made a great first impression in his first handful of starts for the Royals. The 18-year-old held both the first-place Winterhawks and second-place thunderbirds to just three goals on back-to-back nights over the weekend.

The team also welcomed back forward Carter Dereniwsky back to the lineup over the weekend, who had missed several games while battling injury last month. The 18-year-old made an immediate impact upon his return, scoring under three minutes into Saturday’s game against Portland to give the Royals an early lead.

Victoria will lean on Cristiano and Dereniwsky once again this week as they host the BC Division-leading Kamloops Blazers (13-5-3-2) at home for the first time this season.

The Blazers boast one of the most talented lineups in the WHL, headlined by reigning player of the year Logan Stankoven, who has tallied 42 points (16 G, 26 A) in 19 games and has yet to go without recording at least one point in every appearance this season.

Goaltender Dylan Ersnt has been another large part of Kamloops’ success this year, ranking among the top goaltenders in the league with a record of 12-4-1-1 with a 2.20 goals against average and a .927 save percentage across 18 appearances.

Puck-drop for the first game is scheduled for 7:05 pm on Tuesday, Dec.6, with game two beginning at the same time the following night, Wednesday, Dec. 7, at the Save-On-Foods Memorial Centre in Victoria.