The Victoria Royals are set to play host to the anticipated number one overall NHL draft pick Connor Bedard and his Regina Pats this Saturday night at the Save-On-Foods Memorial Centre. 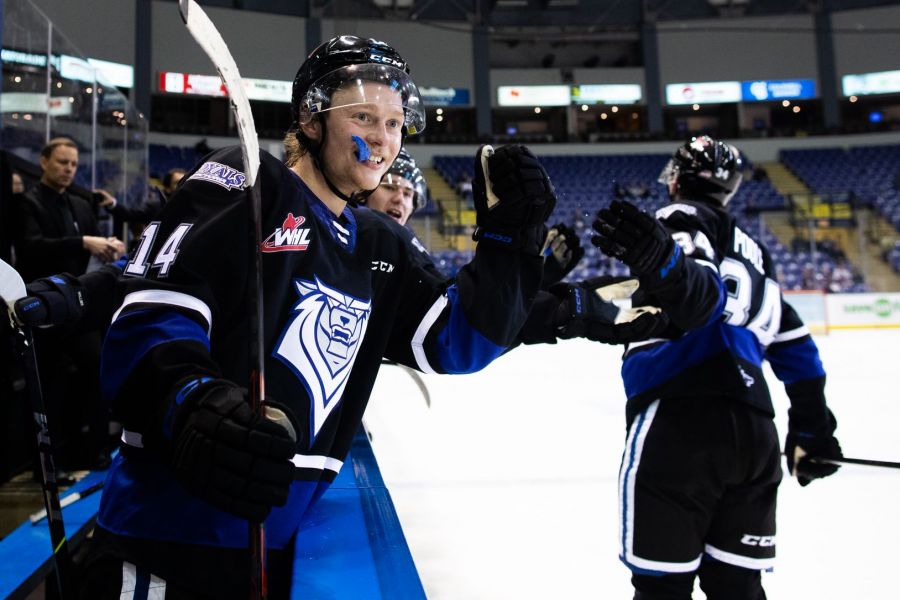 The team is expecting a sellout crowd as Island hockey fans flock to the rink to get a first-hand look as the 17-year-old phenom takes on their beloved Royals.

Victoria (3-16-3-0) will have a tall task in attempting to stop Bedard, who has put up incredible numbers to start the 2023 campaign.

The West Vancouver, BC native leads the WHL in every scoring category, tallying 48 points on 19 goals and 29 assists through 22 games played in 2022. He also enters the weekend riding a 21-game point streak that dates back to the second game of the year, a span of over two months.

Royals Assistant Coach Morgan Kilmchuk wants to see his team make it difficult for Bedard to get into rhythm:

“Often the case when you play top end players like that is you over-respect them, give them a little bit too much time and space,” said Kilimchuk after practice Thursday. “To have success against those types of players you have to take away time and space and that’s one thing we have really been addressing with the group.”

Bedard is considered the consensus number-one prospect and is expected to be the first selection by one lucky NHL team at next year’s entry draft. He was named the WHL’s rookie of the year in 2021-2022 after posting 100 points on 50 goals and 50 assists, becoming the youngest player to hit the century mark.

The Royals hope the large crowd will give them an extra boost as they go for the upset against Regina (9-11-1-1) on Saturday night:

“I don’t think there’s many guys on this team that have played in a sold-out Save-On [-Foods Memorial Centre] barn,” said Coach Klichuk. “We’ll look to build off that and it should allow us to continue to build positive momentum and hopefully the crowd can take out the negatives.”

Forward Jake Poole has been a bright spot for the team this season and rides a five game point streak that has seen him record four goals and two assists entering the game. The McAuley, MB native has also averaged a point per game this season, collecting 12 goals and eight assists for 20 points in 20 appearances and has proved to be one of the most valuable players after being acquired from Kelowna earlier this year.

Logan Cunningham will be the expected starter in net for Victoria this weekend, which will be his seventh appearance of 2022. He has posted a record of 0-4-0-0 with a 5.17 goals against average (GAA) and a .838 save percentage (SV%).

Forward Teydon Trembecky, who was acquired by the Royals in a trade Thursday, is also expected to make his first appearance with Victoria this weekend.