On Canada Day, firefighters in Nanaimo were tasked with answering a “yelp for help.”

A 12-year-old dog named Dobby found himself in an unfavourable situation after he got stuck in a drainage system.

The fire department said that Dobby was a risk of drowning, so they got to work to quickly locate and rescue him.

Supported by Nanaimo public works staff, firefighters taped a blanket onto a 150-foot fire hose and put it down the pipe system. 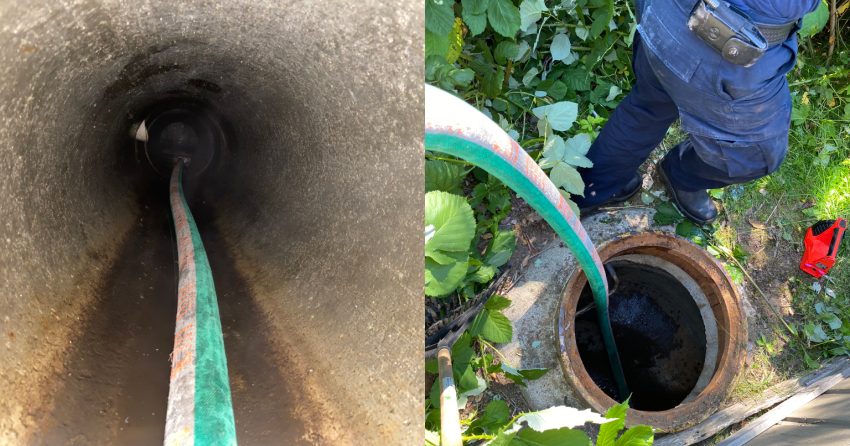 Then, the end of the hose was pushed past Dobby and partially filled with water, giving the pup something to hang onto.

Once Dobby was on the blanket, the hose was slowly pulled from the pipe.