UPDATE: Arrest made in arson fire at Tim Hortons in Nanaimo

(Update: Aug. 8, 2022): Police have arrested a man after a Tim Hortons location in Nanaimo was damaged by an arson fire last week.

The fire, which was reported just before 1 am on August 2, 2022, caused hundreds of thousands of dollars of damages to the relatively new building.

It is also expected to put employees out of work for upwards of six months.

Kym Arkell, age 37 of Nanaimo, was located and arrested on August 3, 2022, and has been remanded into police custody until August 16.

Arkell is a suspect in several other small fires that were set at nearby businesses, however, those incidents are still under investigation and no charges have been laid.

A Tim Hortons in Nanaimo will be closed for at least six months following a late night arson.

Police said the incident was reported just before 1 am last night, near the intersection of Northfield Road and the Nanaimo Parkway. 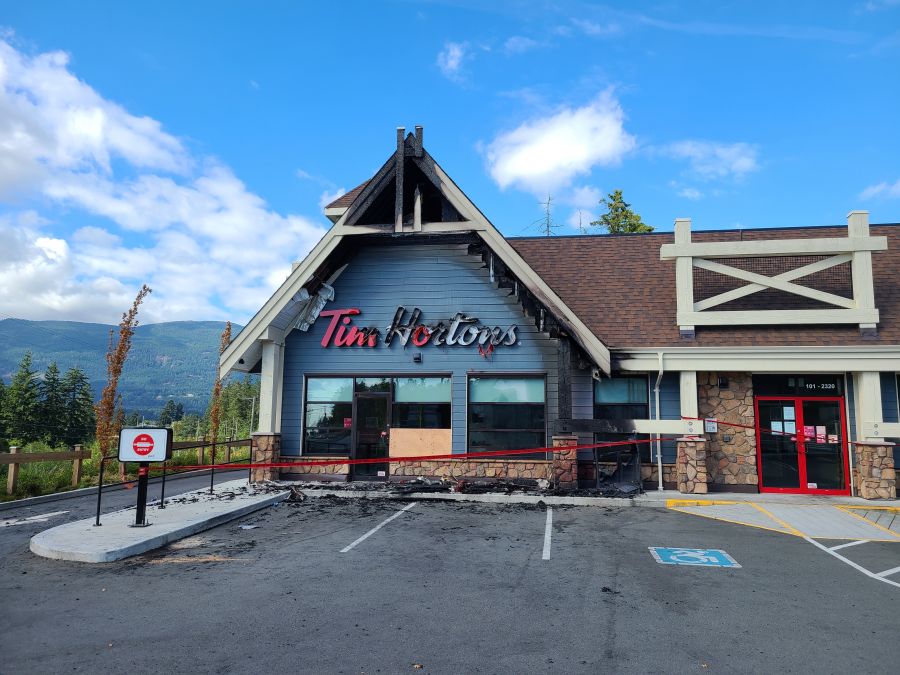 According to police, responding fire crews were on scene within minutes and managed to contain the spread of the fire to the exterior of the building.

The interior of the building sustained significant water damage. It appears the fire started near the front doors and then spread along the wooden beams to the top of the building.

Police are following up on reports of several other suspicious fires that were reported near other businesses located nearby. 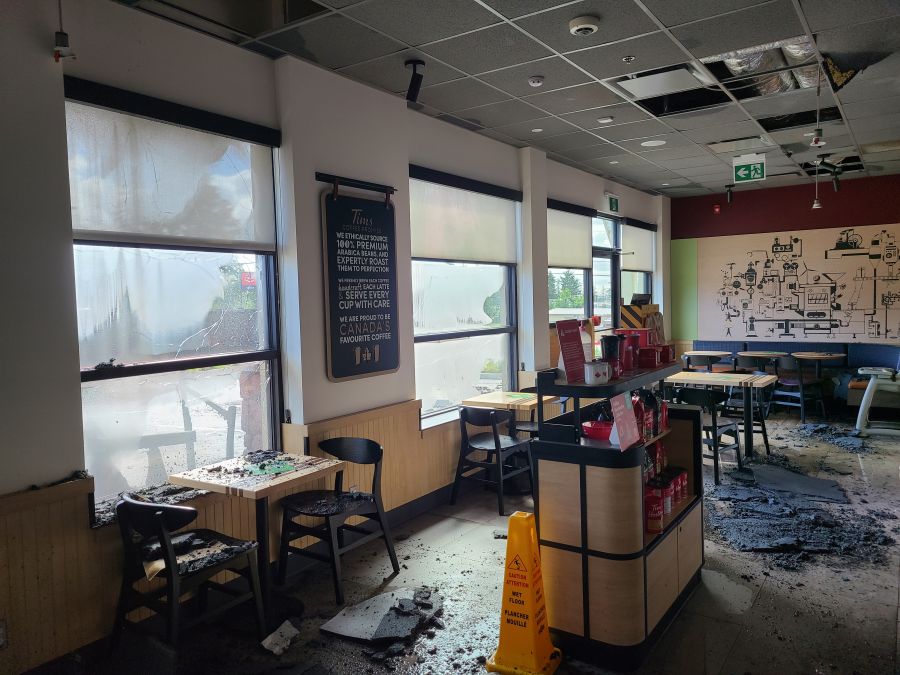 At about 12:15 am on Tuesday, a fire was reported in a dumpster situated behind the Super Save Gas and Go, located at the intersection of Northfield Road and Bowen Road.

Police shared a photo of the suspect from the scene where they are wearing a hoodie pulled up, black pants and are carrying a gas can. 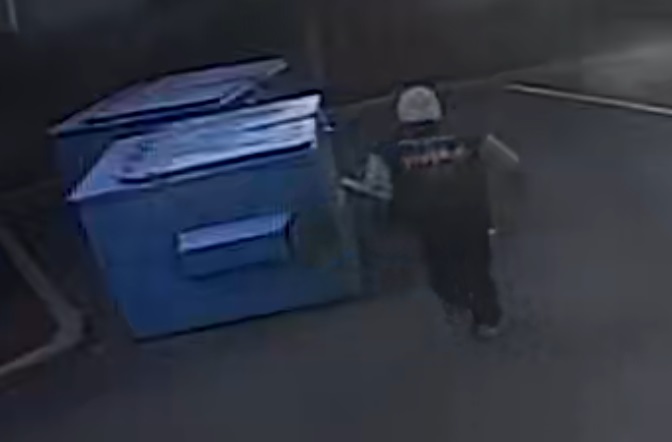 Fire crews attended and extinguished the blaze before it could spread and cause any damage. A third fire was reported this morning.

It involved a small fire being set inside a garbage can near the carwash, located in the same complex as the Tim Hortons. Again, there was no damage other than to the receptacle.

“These fires are most likely related and started by the same individual or persons. With that in mind, investigators are asking if anyone saw a vehicle or anyone acting suspicious in the immediate area, from 11 pm on Monday, August 1 to 1 am on Tuesday, August 2 , to please report it,” said R/Constable Gary O’Brien.