The Nanaimo RCMP had to attend a store this week after an “irate” man assaulted a staff member.

According to the police, the incident took place at the James General Store located at 600 Victoria Road on Monday evening. 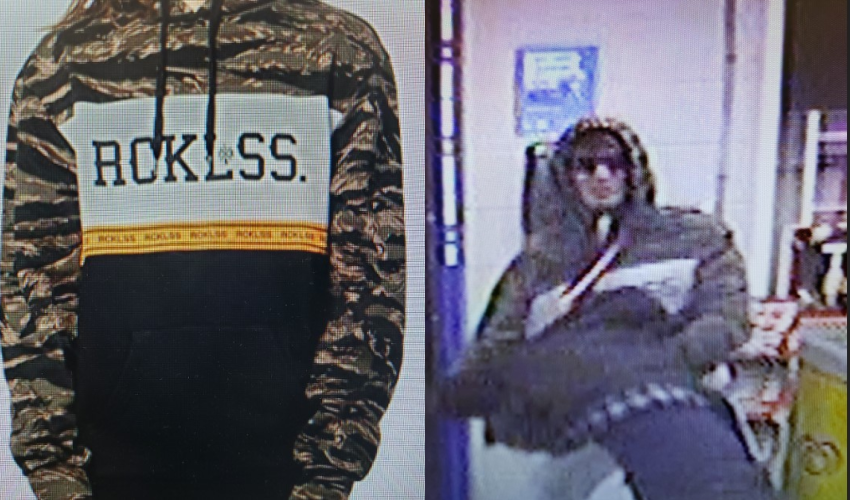 Police responded to a hold up alarm that was activated by an employee.

The employee told the attending officers the suspect caught his attention after he heard him screaming at a customer just outside the front door of the business.

The man was apparently demanding the customer give him cigarettes.

The employee stepped outside and told him to stop yelling at the customer and to leave the premises.

At this point, police said the suspect charged at the employee and began assaulting him.

A struggle ensued and the employee sustained cuts and lacerations to his face, as well as two black eyes. The employee was visibly shaken but did not require medical attention.

Patrols for the suspect were negative.

However, several grainy photos were pulled from the store surveillance system.

The suspect is white, about 6 ft., slim built with blonde hair, and was wearing sunglasses and a distinctive black and white RCKLSS hood.