Spencer Fernando is a writer, commentator, podcast host and former political insider. His career has included spells working for the Conservative Party and Manitoba Progressive Conservatives. He is now a campaign fellow with the National Citizens Coalition. His work can be found here.

One after another, the lies the Liberals used to prop up their imposition of the Emergencies Act have collapsed.

Then, they said they needed it because the convoy was mostly foreign-funded, until it was revealed that was based on media reports that were later retracted/corrected.

Then, they claimed convoy participants were arsonists, until that too was revealed as false.

Finally, they said law enforcement requested it in consultations. After the RCMP said they didn’t ask for it to be invoked, all that was left was the Ottawa Police. 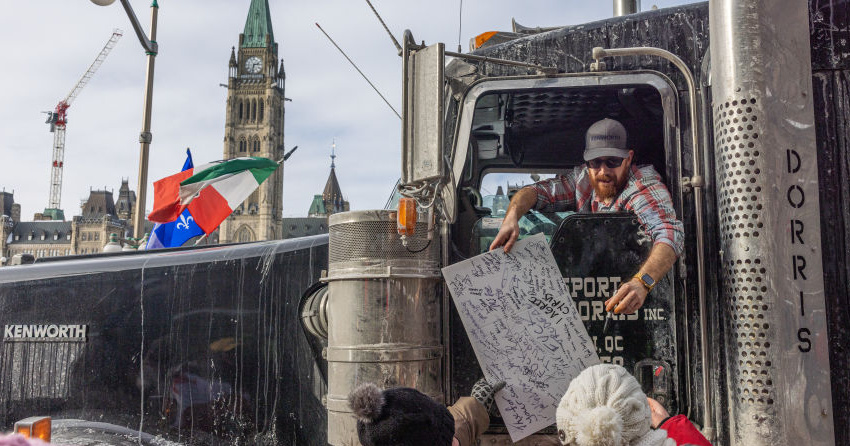 Turns out, they didn’t ask for it either.

So, what justification do the Liberals have left?

The only thing they’ve been able to really say in response to all of this is that they needed the act to compel tow drivers to pull trucks away.

They infringed on our rights and freedoms, cancelled bank accounts, and imposed authoritarian measures, all so they could tell tow truck companies what to do.

It shows the Liberals have run out of lies, that the foundation upon which they imposed the Emergencies Act was always hollow.

They wanted to punish their critics.

They wanted to make the government stronger at the expense of individual Canadian citizens.

And they were willing to spread misinformation in order to get the power they wanted.

Canada’s disinformation problem starts with Justin Trudeau, and the Liberal Party of Canada.

Until they start telling the truth, they don’t get to define it. pic.twitter.com/J4W2NIgUXc

The Trudeau Liberals have repeatedly shown that they can’t be trusted, and that they’ll abuse their power and weaponize the power of the state against Canadians.

No government, regardless of political stripe, should have that power, and it’s why Canada needs leaders who support individual freedom and limited state power.