(Update: Jan. 28, 2022): The Integrated Homicide Investigation Team (IHIT) has confirmed today that all the victims in a homicide in Richmond were from the same family.

The father, age 71, mother, age 58, and two adult children, ages 23 and 21, were killed in the shooting. One of the family members is believed to have been the shooter.

At this time, evidence uncovered suggests this was a murder-suicide, however, final confirmation is not possible until ballistics are analyzed and autopsies are completed.

The extended family have requested privacy, so investigators are not releasing the victim's names.

“Factors leading up to this shooting are still being determined,” said Sergeant David Lee of IHIT. “People are searching for answers and asking if there were signs. We hope to provide more answers in days to come.”

Investigators have released more details about a shooting at a Richmond home that left four people dead.

The RCMP and IHIT have processed the scene and gathered additional evidence. Based on current information, Investigators do not believe the killings were a result of gang activity or partner violence.

The identity of the victims has been confirmed, but are not being released until next of kin are notified.

Police did say the four victims were from the same household, and had no associations to gangs or criminal activities.

Investigators said they have determined that all persons involved in and responsible for the homicide have been accounted for and they are not looking for additional suspects.

Homicide investigators have confirmed that one of the victims in the house had a firearms license and had access to a firearm.

“This is a tragic loss of life,” said Sgt. David Lee of IHIT, “but the community is safe as we have confirmed this is an isolated incident and there are no suspects at large.”
A timeline of events is being constructed and motive remains to be determined.

The community of Richmond woke up to tragic news this morning, after four people were found dead inside a home.

Last night, the Richmond RCMP responded to a complaint in the 4500 block of Garden City Road. 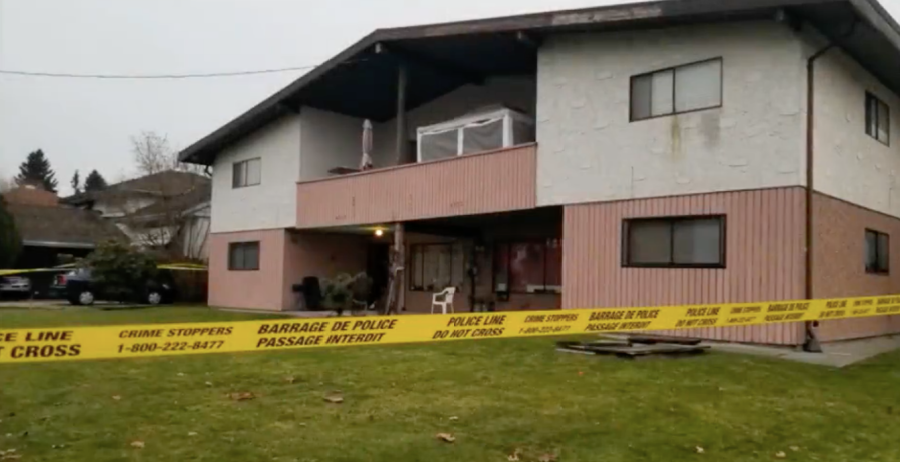 When officers arrived at the residence, four people were found dead inside.

The Integrated Homicide Investigation Team (IHIT) has confirmed the four people were victims of a shooting.

The scene is secured and being examined. According to investigators, initial information gathered indicates that this was a targeted shooting, but not connected to the ongoing Lower Mainland gang conflict.

IHIT said the four victims are believed to have known each other, but their identities are not being released at this time.

Investigators believe the shooting took place the day before, on Jan. 24, at around 7 pm. They are still processing the scene, and canvassing for witnesses and CCTV.

“It is a traumatic incident the community is waking up to,” said Sgt. David Lee of IHIT. “Our investigators are scouring the area looking for information as this event unfolds. We hope to provide the community with answers soon.”

Homicide investigators are seeking witnesses who were in the area of Garden City Road near Odlin and Leslie Road and saw or heard anything suspicious.