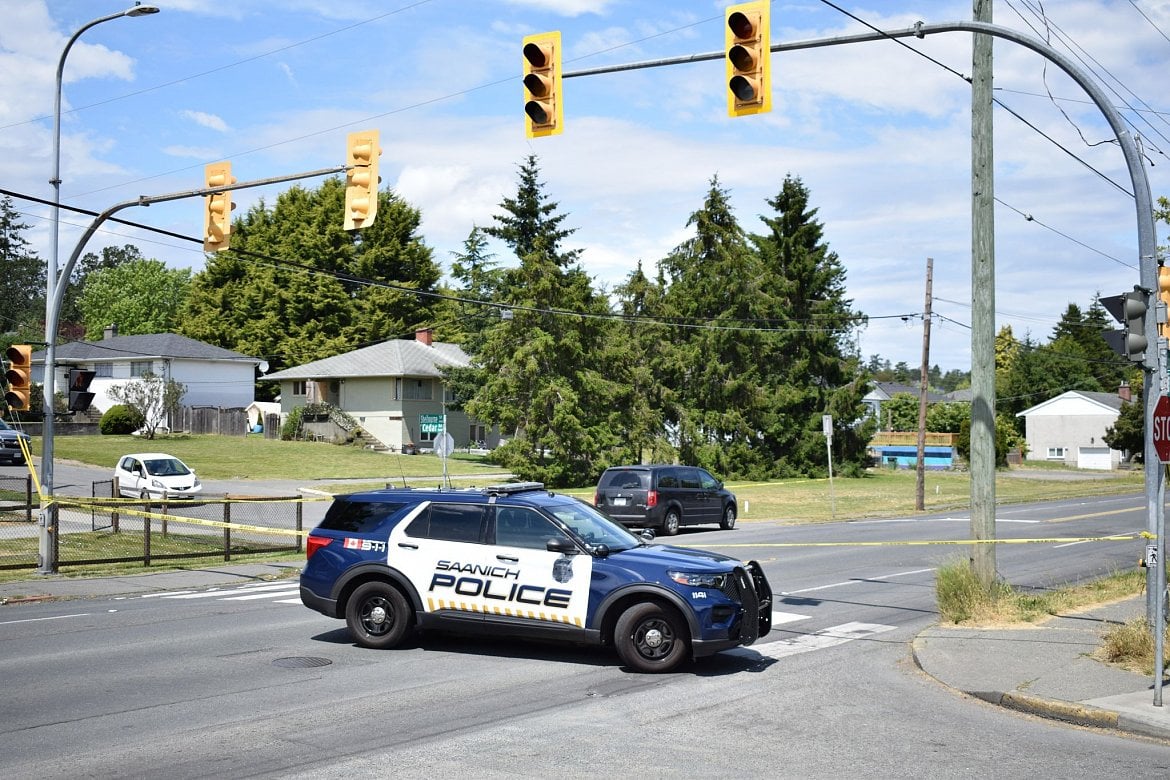 Police have confirmed that two suspects are dead and six officers were shot today while responding to an armed robbery at a Saanich bank.

A shelter in place advisory remains in effect as officers search for a potential third suspect, and homes and businesses in the area have been evacuated due to the presence of a potential explosive device in a vehicle associated with the suspects.

A heavy police presence remains in the area, and the bomb squad is on route to the scene from the Lower Mainland. 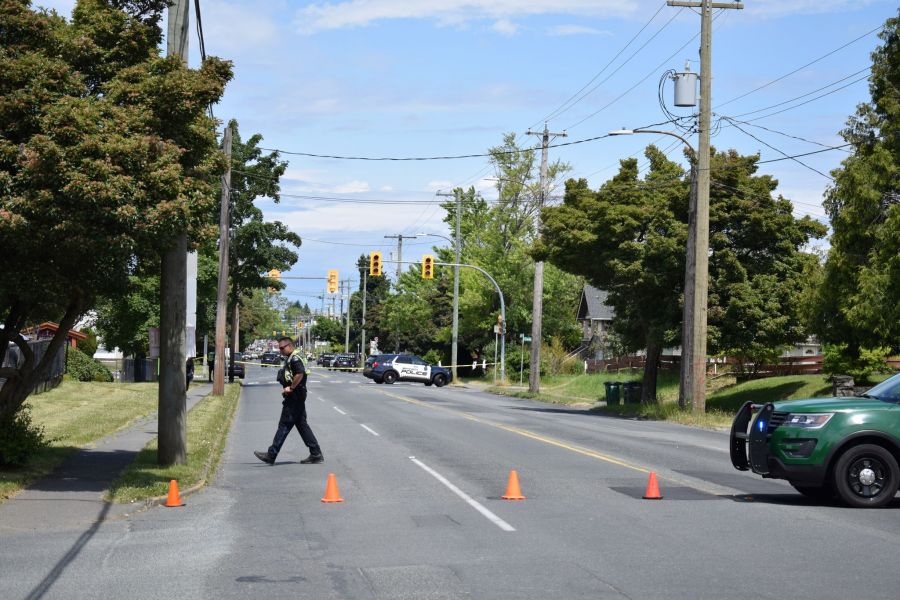 At about 11 am, officers with Saanich Police, GVERT, and the VicPD responded to the scene on Shelbourne Street.

Police said the heavily armed suspects fired their weapons at police when encountered. Police said some details aren't confirmed yet, but the suspects may have been wearing body armour.

It is believed that the shoot out with police occurred outside the bank.

“We anticipate that some officers will be released following emergency treatment, whereas other officers sustained serious injuries and have been taken into surgery,” the Saanich Police said this afternoon in a statement.

Police added that they will provide further updates on the condition of these officers as they are able to.

It is not believed at this time that any employees, customers or members of the public were injured during the incident.

"To the community of Saanich, I want you to know that despite this very challenging day, police service remains active," said Chief Cst. Dean Duthie.

"The Saanich Police Department and its officers will continue responding to your calls for service. As we continue to care for our staff, we will also be caring for you."

Police added that they are cognizant of that the fact the the community has not experienced something to this degree in a number of years, and people are going to be affected.

As with all officer-involved shootings in British Columbia, the Independent Investigations Office (IIO) is also investigating.