When James Russell took his dogs for a walk in the park last week, he didn’t realize he’d be returning home with the lottery ticket that would make him a millionaire.

When he finally checked his Lotto Max ticket for the Nov. 1 draw, Russell discovered he had matched all seven numbers.

That meant a life-changing, $10-million win for the Vancouver resident. 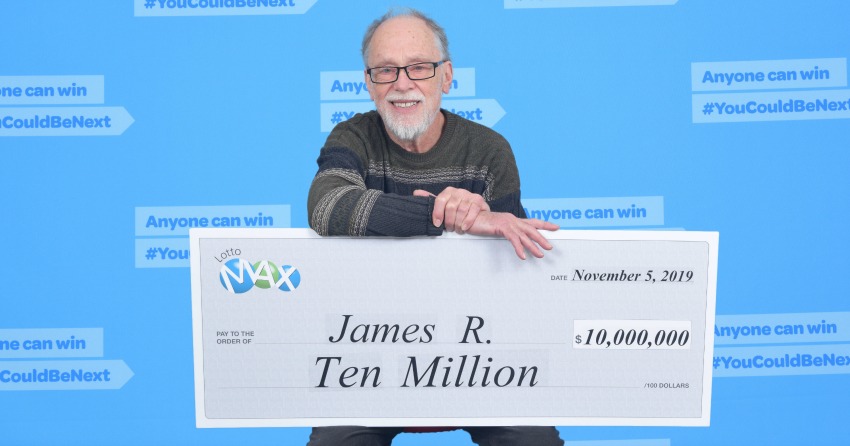 “I was sitting down, it was hard to believe,” said Russell as he recalled the feeling of checking the winning numbers from his ticket, which he purchased after his regular walk.

“I wrote them down on a piece of paper, I double and triple-checked the numbers but they didn’t change.”

He says it was quite a shock at first, but Russell imagines that he’ll get used to it “at some point.”

As for his celebration plans, he plans on treating a few friends who are visiting from out of town to dinner.

Russell is also dreaming of a trip to Ireland to ride his bike along the old railway tracks.

The $10-million win wasn’t even the biggest lottery jackpot won in BC last week.

A $20-million ticket for the Oct. 29 draw was purchased in the Stikine region, but the winner has yet to come forward.