Drivers are being reminded to check their blind spots on BC’s highways after a truck driver collided with a McLaren on Saturday, causing an estimated $100,000 in damage to the sports car.

The BC Highway Patrol responded to a report of a two-vehicle collision near Othello Road on the Coquihalla on Aug. 6.

When officers arrived on scene, they determined that the McLaren, which is estimated at about $600,000, was overtaking a transport truck after leaving one of the several construction zones on Hwy 5.

The transport truck was travelling in the right line and attempted to pass a slower moving truck ahead of it.

When they began to switch lanes. They collided with the right side of the passing McLaren and damaged the passenger side door.

Fortunately, no injuries were reported. 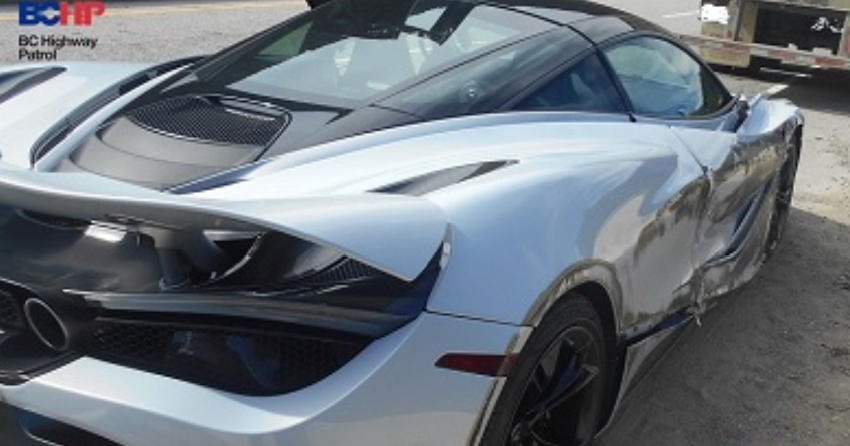 However, after an investigation determined the truck driver failed to see the sports car in his mirrors before switching lanes, he was ticketed for failing to yield to a passing vehicle.

That ticket carries a fine of $109 and three points.

“The mirrors on commercial vehicles are meant to alert drivers to vehicles traveling on either side of the truck-trailer combination, but there are blind spots that can catch drivers by surprise in some circumstances,” states Cst. Dave Vanderput of BCHP Chilliwack.

“The same can be said for mirrors on passenger vehicles and, while there are ways to set one’s mirrors to reduce blind spots, it is best to be alert and visually check blind spots before making turns or lane changes.”

Vanderput reminds drivers that there is no substitute for the visual blind post check and reliance on the blind spot detection in newer vehicles should be avoided.