Police officers across multiple jurisdictions worked together to bring a pair of alleged car thieves into custody last week.

Around 11 pm on Feb. 18, a suspicious pickup truck parked at a housing complex on Luckakuck Way in Chilliwack was reported to the RCMP.

Officers quickly linked the pickup to a vehicle previously reported stolen out of Kelowna.

Instead of making any immediate moves, they monitored the vehicle as they gathered evidence, which led them to a parking lot in New Westminster.

There, the occupants abandoned the first stolen truck in exchange for a second vehicle, which was also allegedly stolen.

“The investigation continued taking police to a service station in Langley where the truck collided with a Chilliwack RCMP police vehicle before speeding away,” said a police release.

“A 27-year-old man from Calgary running away from the vehicle was arrested by police following a brief foot chase.”

A short time later, the vehicle was spotted by the an officer with the Abbotsford Police Department who attempted to pull over the car.

The remaining suspect, a 25-year-old from Calgary, failed to stop for police and ended up crashing the vehicle into a pond. 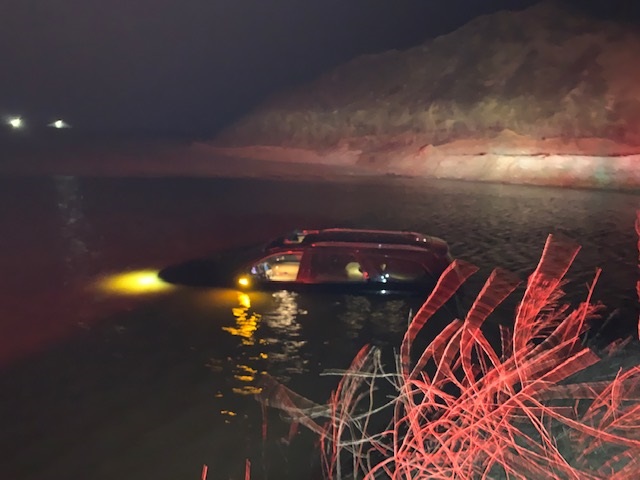 James Chartrand, 27, is charged with failure to comply with a condition of release, while Sabastian Thomas Tait, 25, faces a number of charges.

Both men remain in custody at this time.