Police in Delta, BC have taken to social media to remind motorists that ignorance is no excuse for negligence.

On Wednesday, the Delta Police Department posted to Facebook about a driver who attempted to avoid an excessive speeding ticket by pointing to his extremely crowded dashboard. 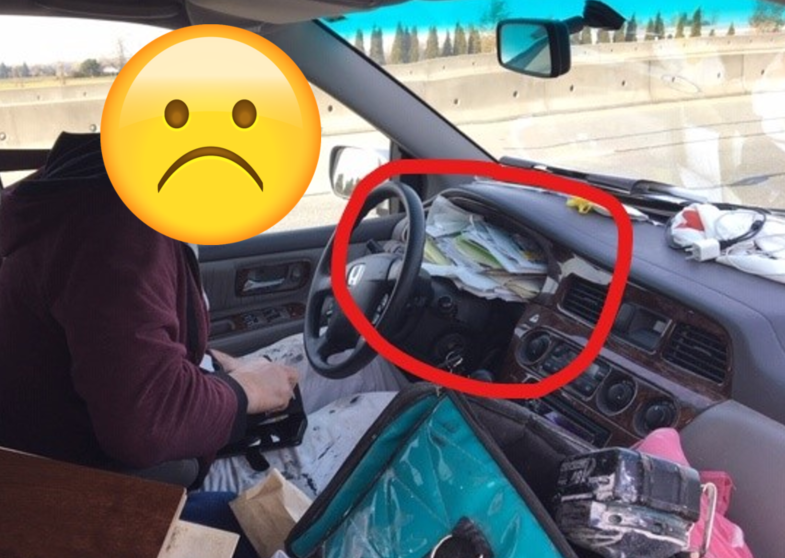 According to the post, the driver "expressed surprise" when he was first pulled over, telling the officer that he didn't realize he was speeding.

"While probably true as the giant stack of papers blocked his whole dashboard," stated police in the post.

"This excuse did not prevent him from getting a ticket."

The consequences for excessive speeding are notably harsher than those of regular speeding tickets.

Drivers caught exceeding the speed limit by more than 40 km/ hr are subject to a $368 ticket as well as having their vehicle will be impounded for seven days.

Those clocked driving 60 km/hr or more over the speed limit ar subject to a $483 fine.