Five of the men are from BC and one is from Alberta. 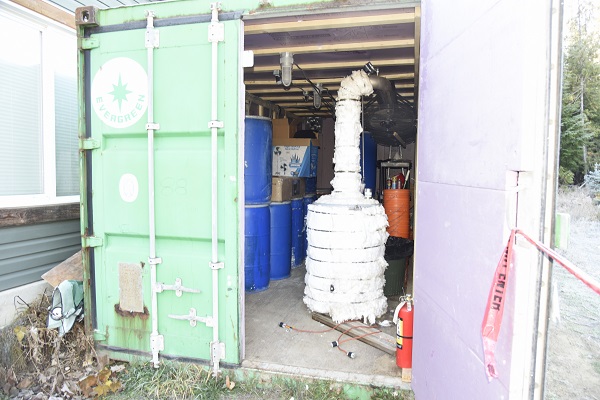 Several RCMP units, including Federal Serious and Organized Crime officers from Kelowna and Osoyoos, executed a warrant at a property on Trinity Valley Road in Lumby on Oct. 19, 2018.

Police found huge quantities of drugs and chemicals, including approximately: 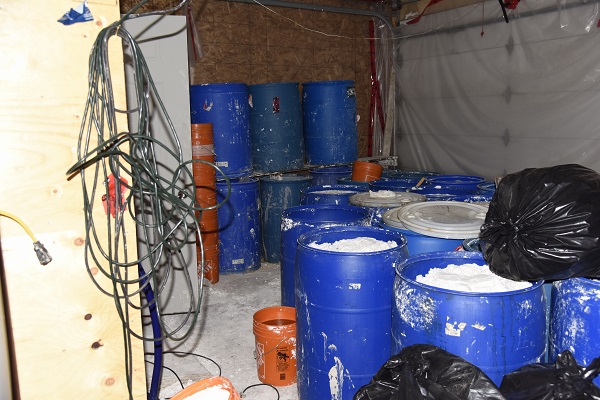 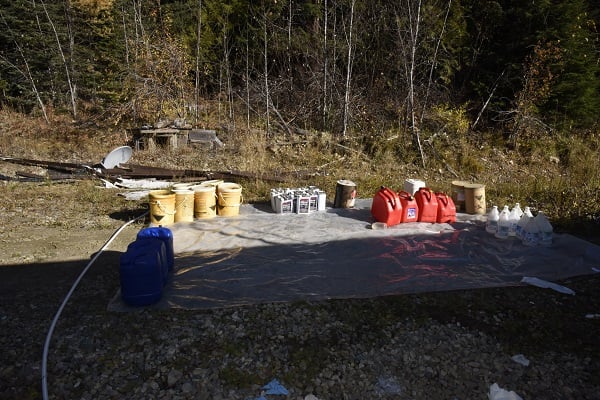 ANPP is a direct precursor to fentanyl, police said, and NPP is an androgen and anabolic steroid.

“In this instance, there was a very large amount of synthetic waste by-product that had yet to be disposed of which posed a significant risk to the local farms and residents living in the area,” said Supt. Bert Ferreira. 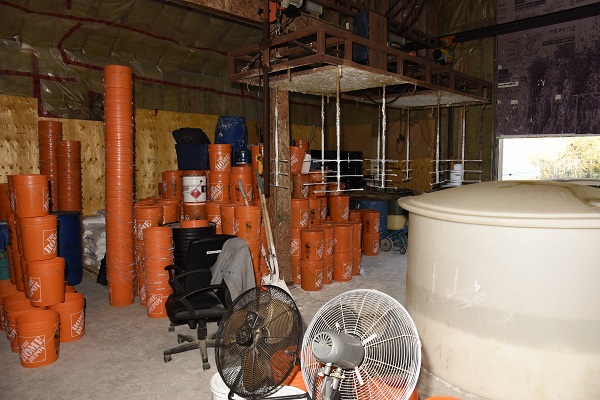 “Mitigating environmental contamination was one of the key factors in the timing of the warrant execution.”

Because the lab was one of the largest of its kind ever seen in BC, the waste removal operation cost hundreds of thousands of dollars. 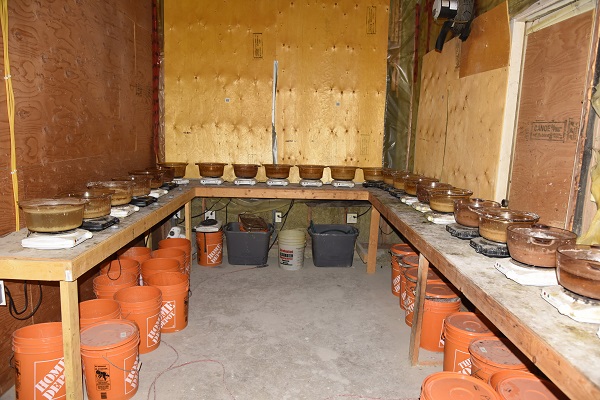 Bryson and Fussi, however, fled police and remain on the run. 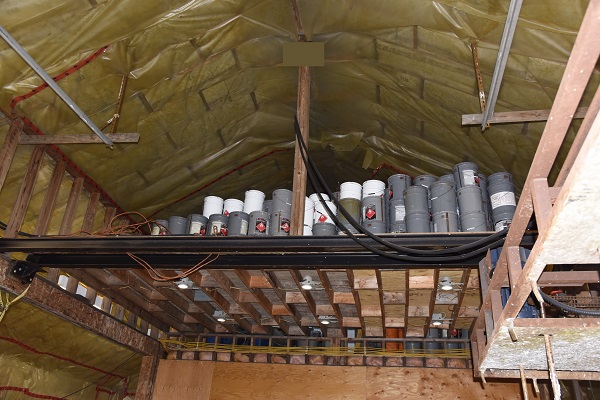 McMorris, Harvey, Kopp and Piggott are scheduled to appear at Kelowna Law Courts on Tuesday.