Premier John Horgan has blamed the federal government after a new survey found British Columbia residents are disappointed with health care in the province.

A large majority – 70 per cent – of BC participants in the Angus Reid Institute poll said they think the provincial government is doing a poor or very poor job on health care.

Across Canada as a whole, 72 per cent said they were unhappy with their provincial government's handling of health care.

According to Angus Reid, only 25 per cent of respondents felt positively about their province’s health system – the lowest point in eight years. 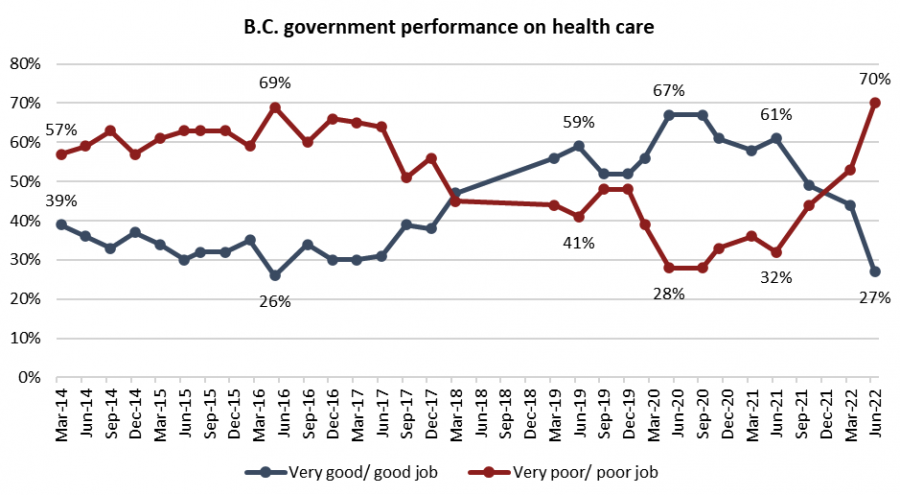 Nearly half – 47 per cent – of BC respondents said health care is a top-three priority, below only inflation (61 per cent).

In an unusual development, Premier Horgan today responded directly to the survey, saying BC “can and must do better on health care.”

"Working with the other premiers, I have made it clear to the federal government that they must come to the table to address the lack of federal funding in health care across the country to protect and improve the services people rely on,” he added. 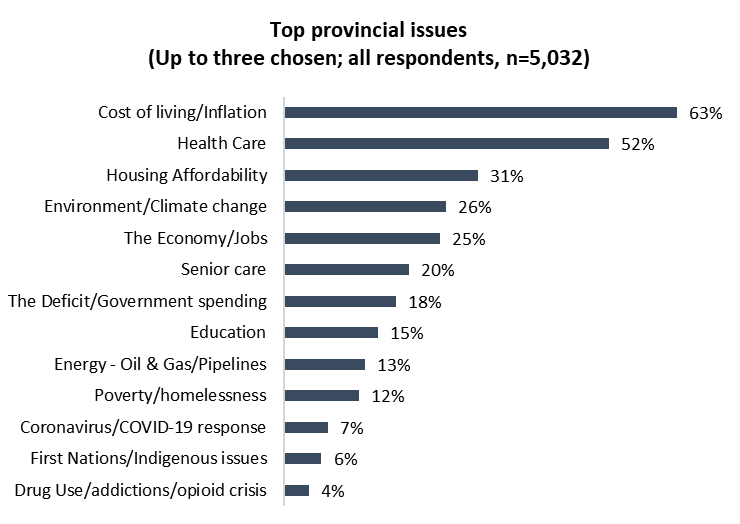 "The problems Canadians experienced in accessing health-care services coming out of the pandemic have highlighted strains in our health systems that will continue unless the federal government increases its investment.

Horgan said provinces and territories are in the best position to understand the health care needs of residents, but added: "We simply cannot do it alone.”

He added: “An increased share from the federal government, maintained over time, will mean that we can plan for the future. We can hire more health-care workers, provide more surgeries and treatments, and further reduce wait times.”