The federal minister of emergency preparedness says border guards have been advised that British Columbia residents can cross into the United States for essential supplies because of flooding in the province after some were reportedly facing fines or told they would have to quarantine on returning to Canada.

Bill Blair said Tuesday the circumstances of those who received tickets for allegedly violating quarantine restrictions is also being reviewed by the Public Health Agency of Canada.

Ottawa approved an exemption from the BC government for travellers from specific areas along its south coast to travel to the US to purchase gas or essential supplies and immediately return to Canada without providing a negative PCR test for the virus that causes COVID−19.

A statement from the Canada Border Services Agency says there can be a transition period that "may lead to some inconsistencies" when operational guidelines are changed.

Denis Vinette, vice−president of the travellers branch and COVID task force at the agency, said "a couple dozen" individuals were fined during a 24−hour period, although he did not have an exact number. 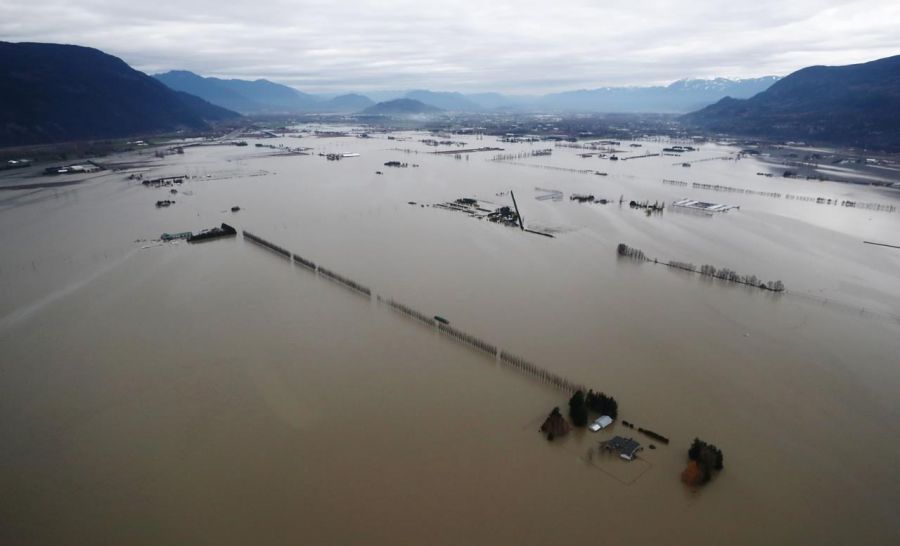 "We had to shift our approach quickly and get our front−line officers to understand that we are going to broaden the application of that exemption," said Vinette in an interview.

"Regrettably, there was a short period of time where, as we’re kind of gearing up for that transition, where some individuals were referred to the public health agency and some were subjected to fines in a situation where we’d agreed that we would actually not issue the fines."

He said the agency doesn’t issue fines, but officers do assess declarations filed by travellers upon their return to determine whether they’re eligible for any of the exemptions and if they are not, they are referred to the public health agency. He said decisions on any penalties under the Quarantine Act rest with the public health agency or police.

Vinette confirmed individuals crossing the border for essentials are no longer being referred for a fine.

The Public Health Agency of Canada said in a statement Tuesday that they reviewed 30 tickets that had been issued in the region over a 24−hour period and have rescinded 16 of them, saying 14 were duly issued Monday.

"PHAC continues to review all tickets issued since the beginning of the emergency situation in BC to ensure that PHAC officers used their full discretion when deciding the best instrument to enforce the Quarantine Act," the statement said.

The agency said travellers who received a ticket but believe their circumstances warranted the use of an emergency exemption are advised to contest it.

BC Public Safety Minister Mike Farnworth said though the border is a federal responsibility, he has spoken with Blair about the issue.

"The message is that any tickets that have been issued will be revoked," he told a news conference.

Cloverdale resident Trina Brady said she crossed into the States on Monday morning and bought fuel, two containers of milk and a block of cheese before returning home.

On her way back, she presented her Nexus card, immunization records and her shopping receipts to a border agent, but was then asked if she had a PCR test.

When she replied she didn’t need one, she said the agent told her she was mistaken and presented two options: stay in the United States and get a PCR test or continue into Canada with a $5,750 fine from the health authority for violating the Quarantine Act.

"I decided to take the fine and they gave me a COVID test kit and told me to go and quarantine until I received a negative test," she said.

She spent the next day calling government and health agencies requesting answers.

"We’re really getting nowhere," she said Tuesday night. "All we’ve gotten was a response from the federal government saying that never should have happened and it was erroneous, but they have yet to lift the quarantine off of me."

In a statement, the border agency says anyone who travels to the US for a non−essential reason, to visit friends, eat at a restaurant or do holiday shopping would not be covered by the relaxed rules.

Blair says the travel exemption for essential supplies was appropriate, but it cannot be abused.

"It doesn’t include going to visit family and friends, engage in recreational activities and then gas up on the way back," he told reporters in Ottawa.

Officers and public health agency representatives at border crossings must have the information they need to make the right decisions, said Blair, and "that clarity has been provided."