'Parade of storms' expected in BC: Environment and Climate Change Canada

Environment and Climate Change Canada is warning that more rainfall is expected in BC this week and it will likely affect areas that are still recovering from last week’s floods.

Warning preparedness meteorologist Armel Castellan said a "parade of storms" is expected throughout the fall and winter in the province.

"The forecast going forward for the south coast is very wet," he said. "We are bracing for a record−breaking fall in terms of overall precipitation numbers for communities along the central and south coast."

While the province won’t likely see the same amounts of rainfall as it did last week, he said there is a strong indication that active storms will start Thursday. 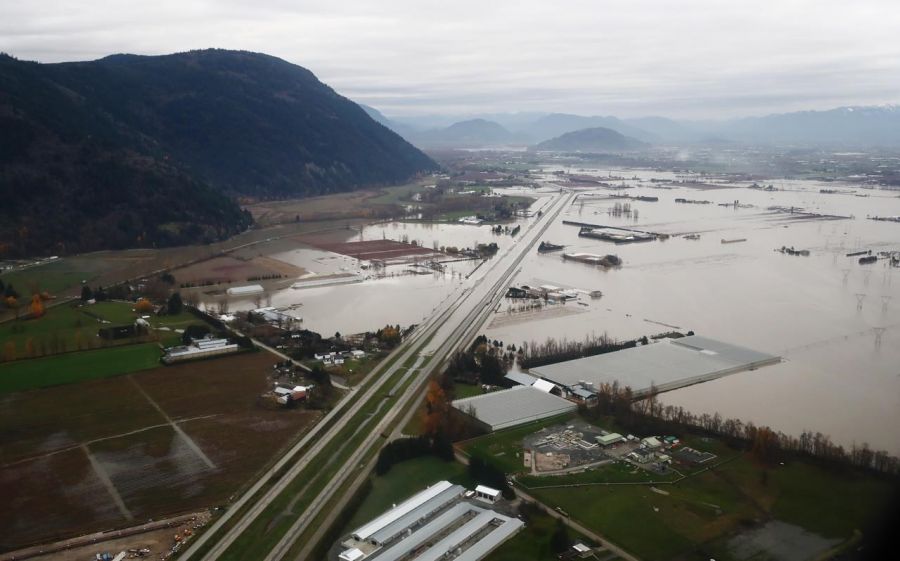 He said the department is forecasting another so−called atmospheric river, which will tap into subtropical moisture and heat. He said it is expected to bring 40 to 70 millimetres of rain in the Fraser Valley and potentially more than 100 millimetres in the North Shore Mountains around Howe Sound.

Castellan said the department has regularly briefed Emergency Management BC on storms and their possible effects.

"When you have a parade of storms or an incredible fall, as we have since the middle of September with upwards of 200 per cent of normal rain, the soils are very saturated and a lot of the moisture immediately creates a runoff issue," he said, adding melting snow caused by dropping and rising temperatures through the winter could also create additional problems.

He said dry summers have also changed the province’s landscape, but the link between wildfires and mudslides is "very conceptual at this point" and will require a forensic and geomorphological analysis.

"(Atmospheric river) is obviously a new term that I think most of us are now becoming familiar with and they have a ranking system in the States that will allow us to prepare more effectively," he said.

Farnworth said he has been told the system would be implemented in January, but Castellan said a launch date for a warning system has not been confirmed.

"The atmospheric scale and rating system is exciting, but it’s just not quite ready and it would be irresponsible to push it out before it is," he said.