The provincial government is warning British Columbians about a number of precautionary major highway closures that will come into effect Saturday afternoon.

Due to the incoming stormy weather, the Ministry of Transportation and Infrastructure will close the following stretches of highway for an undetermined amount of time: 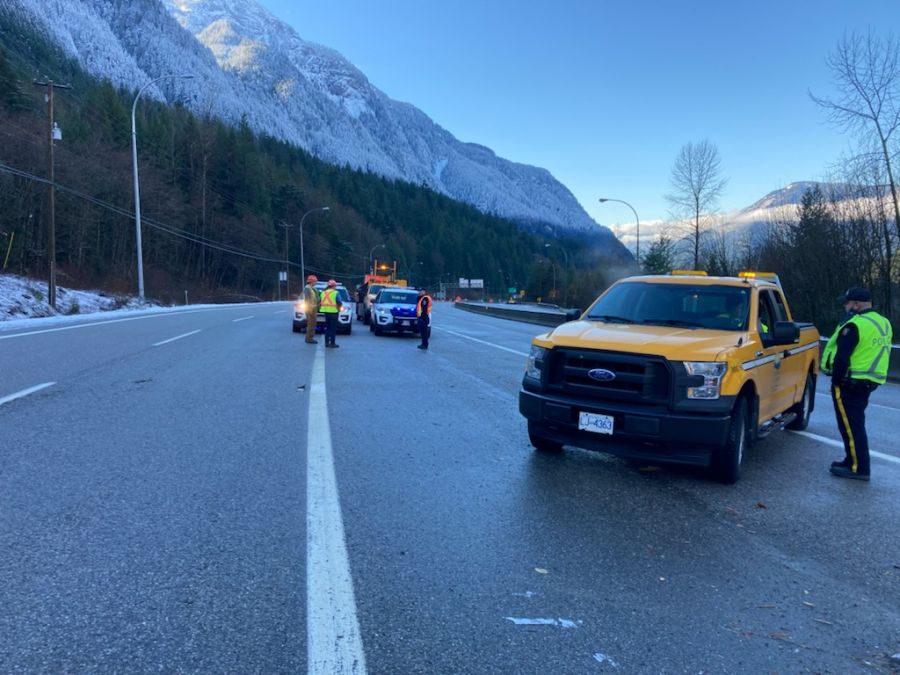 “The highway infrastructure in these areas is extremely vulnerable following recent storms, and more heavy rain in the forecast poses an additional risk,” said a government release.

“The closures of these three highways will be re-evaluated on Sunday morning, with the highways reopened when it is safe to do so.”

While the closures are due to the incoming weather, there is an ulterior motive for the Hwy 1 closure between Hope and Popkum.

It’s due to reservoir releases by BC Hydro that are crucial to protect the Jones Lake Reservoir, which is also being affected by the heavy rains.

“Each release will discharge additional water toward areas of Highway 1 that were previously affected in the Nov. 14 storm,” the government release explained.

“This additional flow - combined with the increased precipitation and already high stream flows - poses a risk of impact to Hwy 1 in the Laidlaw area.”

A reopening time for that stretch of highway is undetermined and it’s expected that a combination of these events will result in further damage to Hwy 1.

Crews will undertake an assessment when it’s safe to do so and equipment will be on standby for repairs.

Environment Canada has issued special weather statements for most of the south coast from now into next week that call for a significant amount of rain, with the potential for more than 100 millimetres to fall in some areas.