Anyone who’s brewery hopped in Vancouver knows that there are plenty of great spots to choose from.

One of the most popular and well-known spots is Parallel 49, an East Vancouver brewery that’s become one of British Columbia’s favourites since opening its doors in 2012.

Known for its delicious creations and fantastic labels, you’ll find favourites like the Filthy Dirty IPA, Jerkface 9000, Craft Lager, Tricycle Radler and Trash Panda Hazy IPA at liquor stores all across the country.

And another one of brewery’s staple creations seems to have caught the attention of one of the world’s biggest comedians and the host of this year’s Golden Globes.

When asked about his favourite beers on Twitter today, Ricky Gervais made sure to shoutout Parallel 49’s Ruby Tears, which is a Northwest Red Ale.

So Ruby Tears is the best beer that @rickygervais has ever tasted. NO BIGGIE..! https://t.co/1iWBekZdXW

“I like so many (beers) and I can’t remember all the names,” he wrote. “I remember thinking ‘Gypsies Tears’ in Vancouver was the best beer I’d ever tasted though.”

While it may seem like Gervais got the beer’s name wrong, calling it what he did only means he tried it before Parallel 49 changed its name. 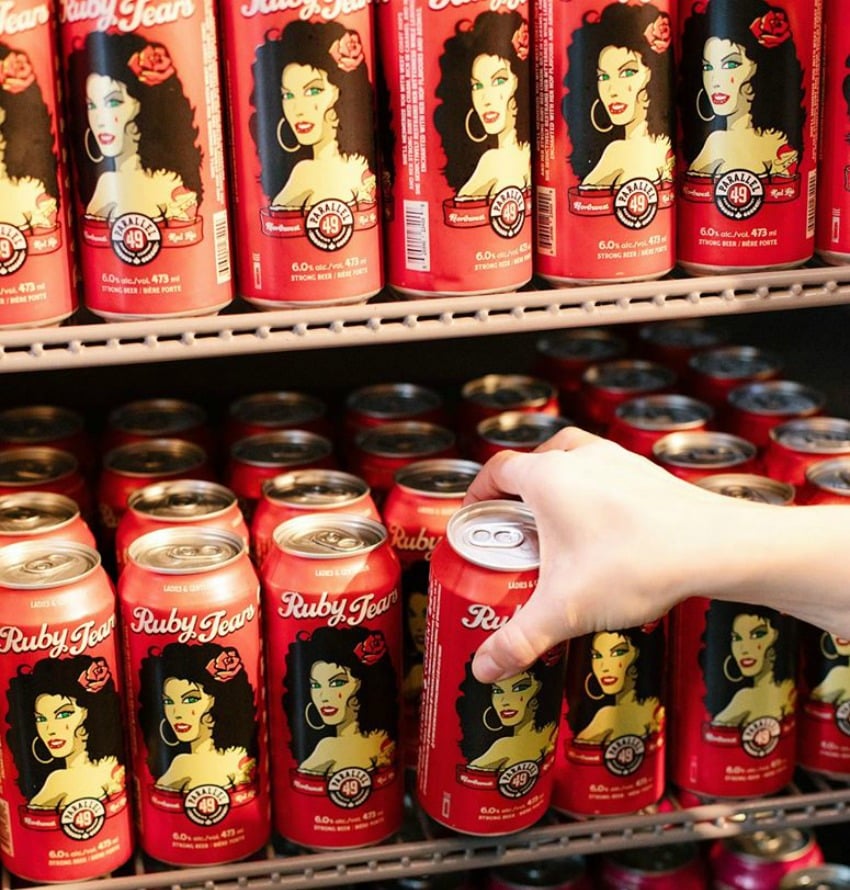 It was originally called Gypsy Tears Ruby Ale, but was changed to Ruby Ale when the brewery received complaints that the original name was in poor taste.

If you haven’t tried the Ruby Ale or any of the beers listed above, we highly suggest you get into your local liquor store and try one of Parallel 49’s fantastic mix packs.