Homeless and vulnerable people in British Columbia and Alberta have been approached with offers of payment to be vaccinated against COVID−19 by those attempting to fraudulently get a vaccine card.

Vancouver Coastal Health said Thursday those who have been approached have been asked to get vaccinated while falsely using that person’s name and information.

"This behaviour is deplorable and we’re disappointed that anyone would take advantage of vulnerable people in this way in an attempt to circumvent the process for receiving a BC Vaccine Card," the health authority said in a statement.

"Future instances of fraud may be forwarded to local police authorities for follow up."

In Alberta, Linda Pires−Relvas, a nurse in an Edmonton community centre, said a client told her in December about being approached by a stranger to take the vaccine. 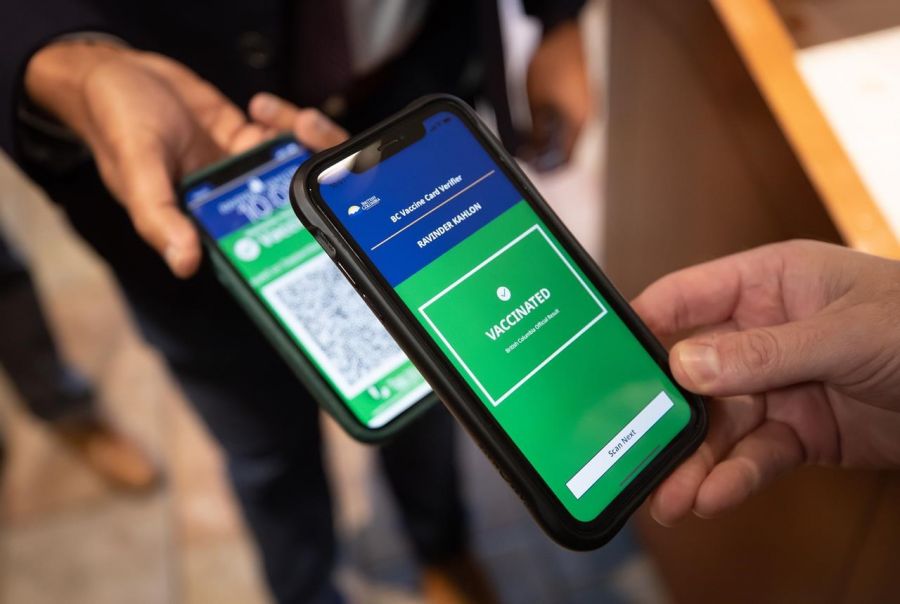 Pires−Relvas works at Boyle Street Community Services, a charity that works with homeless people in Edmonton.

"The client, herself, shared that someone had approached her to get vaccinated using that person’s health card in exchange for getting paid $100," she said.

Other friends of hers had also been approached and received multiple doses of the vaccine for different people, Pires−Relvas said.

Pires−Relvas said she worried about possible adverse reactions for these people for taking more than the recommended doses. She said it also speaks to the indifference toward those already struggling in the community.

“They don’t want to get the vaccine for whatever reason … but are not considering the health and potential harm of the vulnerable people,” she said.

The Edmonton Police Service confirmed it is investigating this allegation, which was reported at the start of the year.

Alberta Health Services said in a statement that while serious adverse reactions are rare with COVID−19 vaccines, the risk does increase if doses are given within a short time.

If someone does not have a piece of government−issued identification, other methods may be used.

In December, BC health officials had said COVID−19 immunization records entered into the provincial registry that are suspected to be fraudulent are being reported to police.

The BC RCMP said they have no reports of homeless people being approached by strangers and offered cash to be vaccinated against COVID−19.

Vancouver police said no cases have been reported to the department.

Vancouver Coastal Health said it has "successfully put in measures to thwart" attempts by people to get the vulnerable to take the vaccine for them. It did not elaborate on those measures.