You can sense it.

There’s something supernatural at play as we snorkel the Silfra fissure between the North American and Eurasian tectonic plates in Iceland’s Thingvellir National Park.

“Sure, it has some special energy,” says our guide Gretar Thorlaks with a laugh.

“How can it not? You’re snorkelling through pristine, pristine glacial water – the clearest water on the planet – that’s filtered up from under the Earth’s surface through lava fields for decades.” 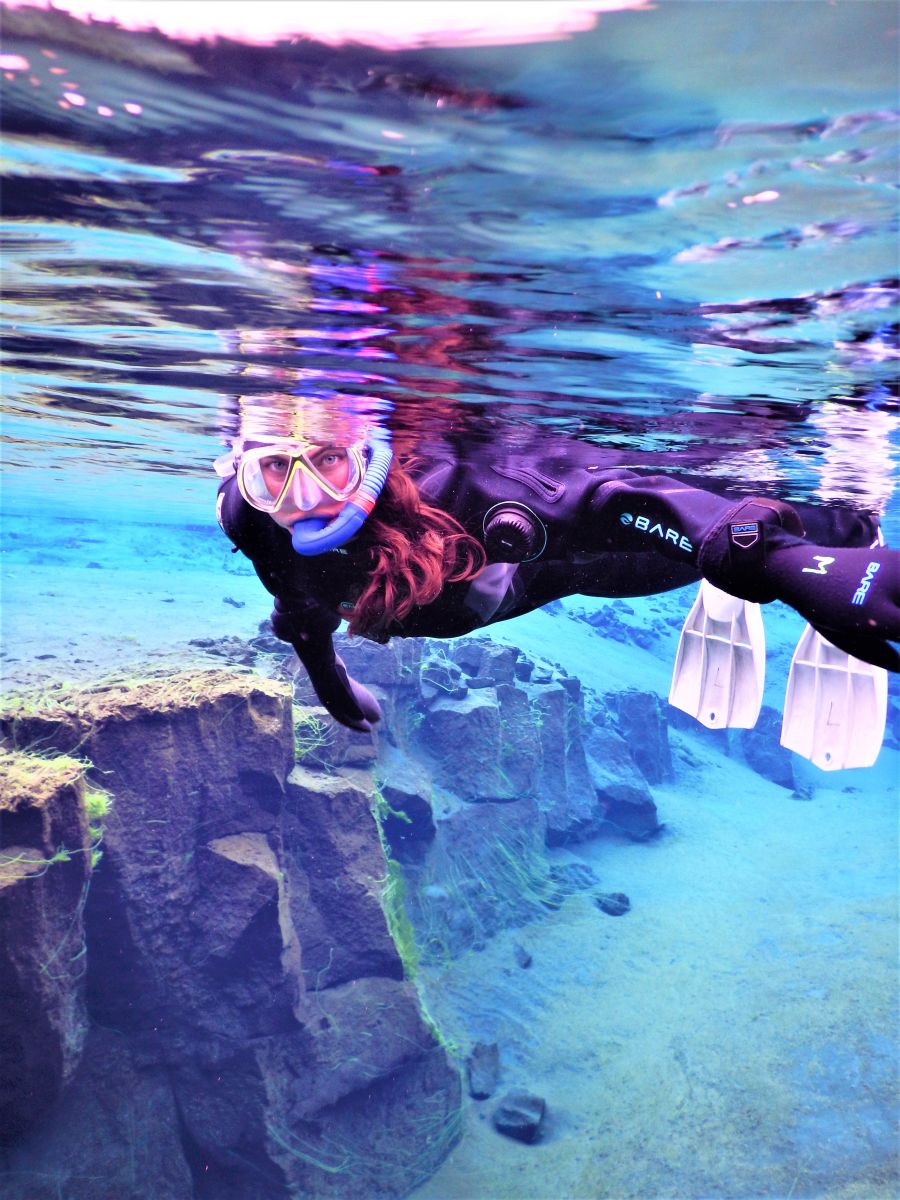 And then our other guide – Chico Amorim – chimes in.

“We’re snorkelling in a fissure between tectonic plates. This is the only place in the world you can do that. It’s all iconic from the Silfra Hall and the Cathedral to the Silfra Lagoon and the Cut.”

Me and my daughter, Grace, wholeheartedly agree.

And it’s why this continental rift snorkelling takes on an ethereal and reverential quality for us.

Outfitted in drysuits to withstand the crystalline water that’s 2C year round, we slowly drift wowed by the fact that North America is on one side, Europe the other.

Silfra Hall and the Cathedral are aptly named breaks in the rocks that have filled with water that resemble an entrance hall and the long corridor of a church.

Rounding the corner, we’re stunned by the depth and clarity of Silfra Lagoon and its famous Cut – a split in the bottom of the lagoon that appears bottomless.

This isn’t the colourful fish-and-coral-filled snorkelling you may be used to from the Caribbean.

Snorkelling Iceland-style is all about the incredible clarity of the cold water and the algae-covered fissure rock formations unique to the pulling apart of the continents.

My daughter and I chose the Silfra Snorkelling & Horseback Riding excursion offered by Adventure Vikings because it combines two venerable Icelandic activities in one day. 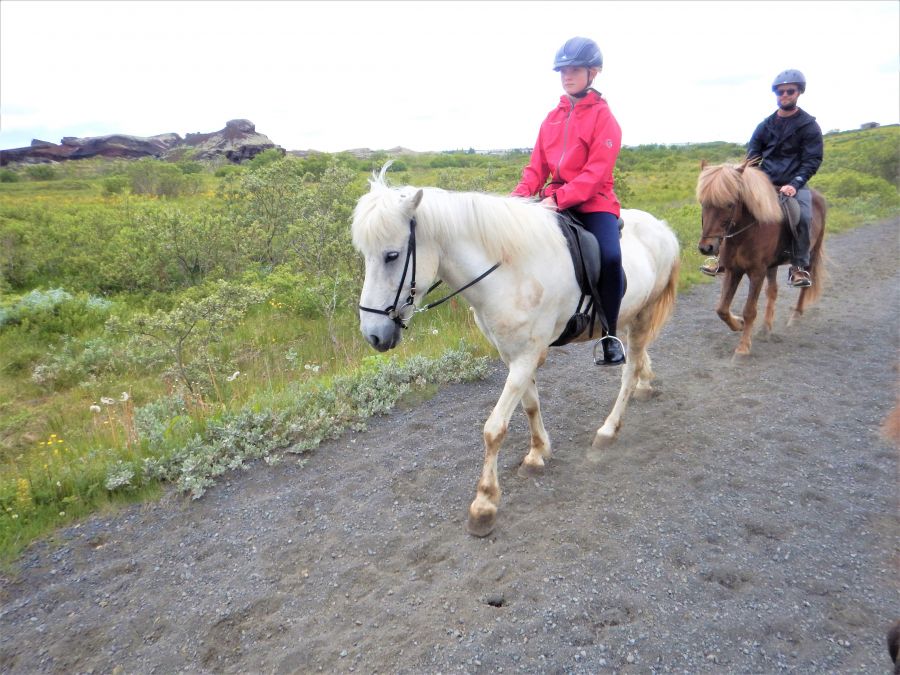 That is how, after the morning in the fissure, we find ourselves that afternoon on the backs of Icelandic horses to ride through the red lava fields and scrub pine forest on the outskirts of Iceland's capital Reykjavik.

Grace atop Von and me atop Tina, we not only marvel at the scenery, but experience the exhilarating ‘tolt’ – the gait between a walk and a trot that’s unique to the gentle and majestic Icelandic horse.

It’s Iceland’s very location – one created by underwater volcanic activity 24 million years ago in the north Mid-Atlantic – that’s made it a desirable tourist destination.

Air Canada has picked up on that and as a result offers daily, non-stop flights between Toronto and Montreal and Iceland using new-generation Boeing 737 jets.

Iceland is one of 34 routes Air Canada has relaunched post-pandemic to Europe, Asia, Africa and The Middle East, including desirable destinations such as Amsterdam, Athens, Rome, Tokyo, Casablanca, Algiers and Tel Aviv.

The Icelandic landscape is starkly beautiful and jam-packed with natural wonders easily accessible when you stay in compact and cosmopolitan Reykjavik, population 250,000.

Seeking more natural wonders is how we find ourselves the next day on another combo excursion with BusTravel Iceland – the Golden Circle & Blue Lagoon tour. 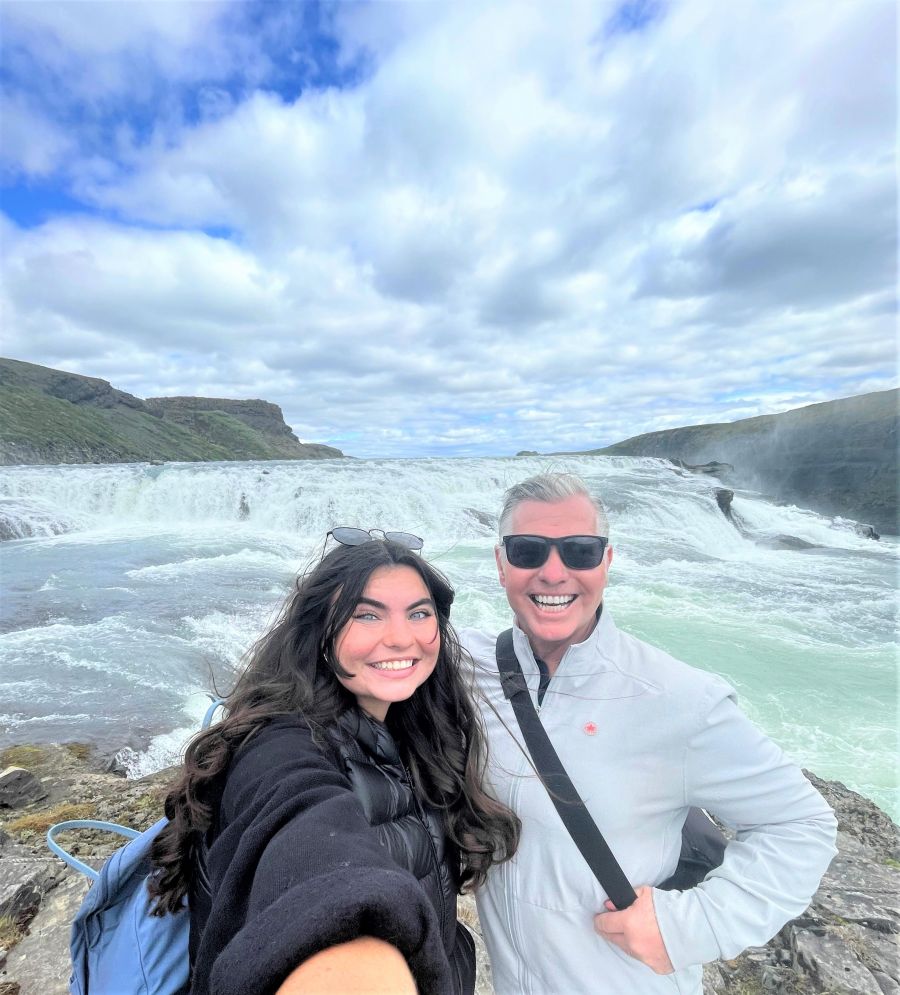 The outing hits all of Iceland’s major highlights from another visit to Thingvellir National Park and Gullfloss waterfall to Glima Geyser and Kerio Crater.

The day ends with a couple of hours at the Blue Lagoon, Iceland’s No. 1 tourist attraction.

The series of lagoons, channels, steam rooms and saunas all use the mineral-rich, geothermal-heated water pumped up from 2,000 metres below to create an otherworldly experience in the middle of a remote black lava field.

Grace and I feel indulgent floating in the milky blue lagoon, sipping a glass of sparkling wine while the therapeutic silica mud face mask we’re wearing makes our skin softer and more youthful. 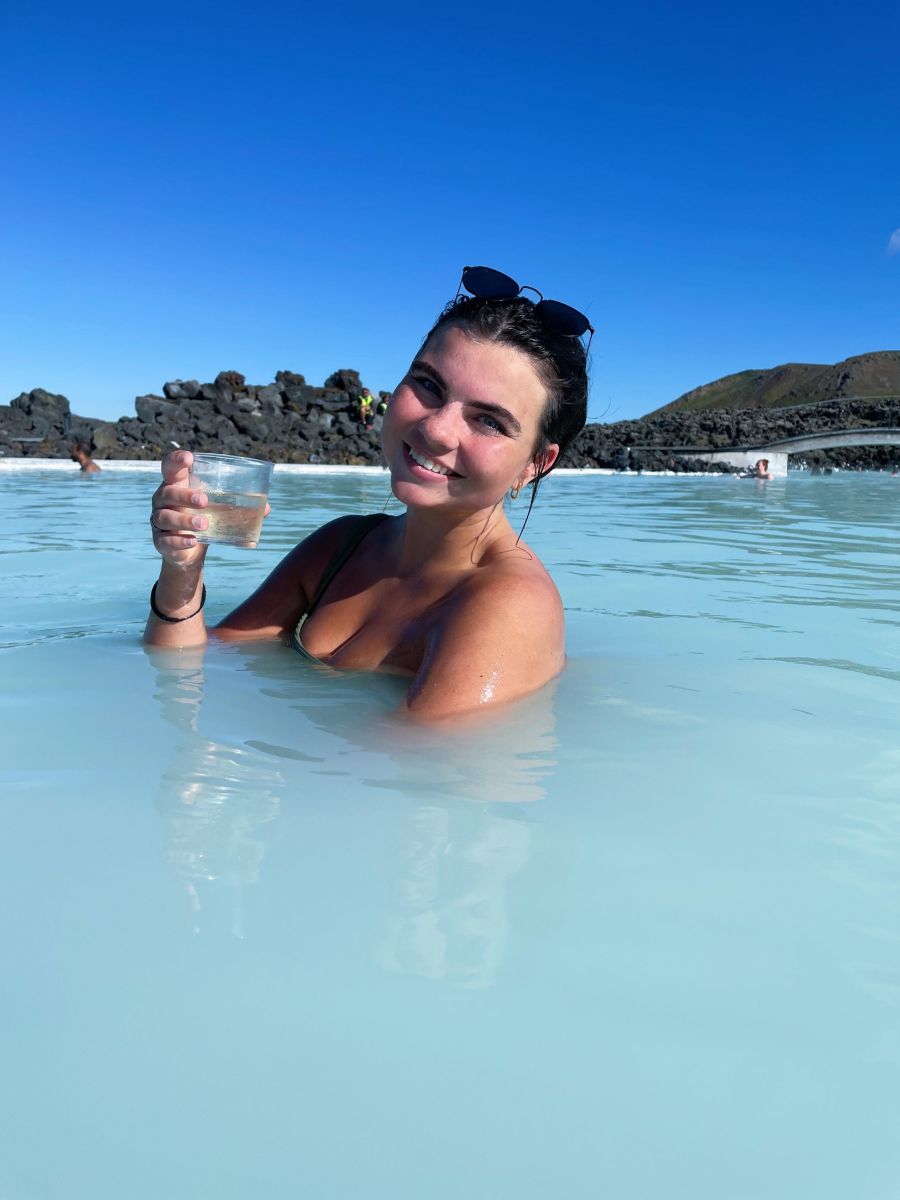 While in Reykjavik we wander the European-inspired cobblestone streets and squares to window shop, lounge on patios drinking Gull Icelandic beer and soak up the city’s Nordic-modern vibe.

We rent scooters to roll to the city’s most famous landmark – the distinctively A-shaped Hallgrims Church– and to Reykjavik Indoor/Outdoor Thermal Pool for another dip. 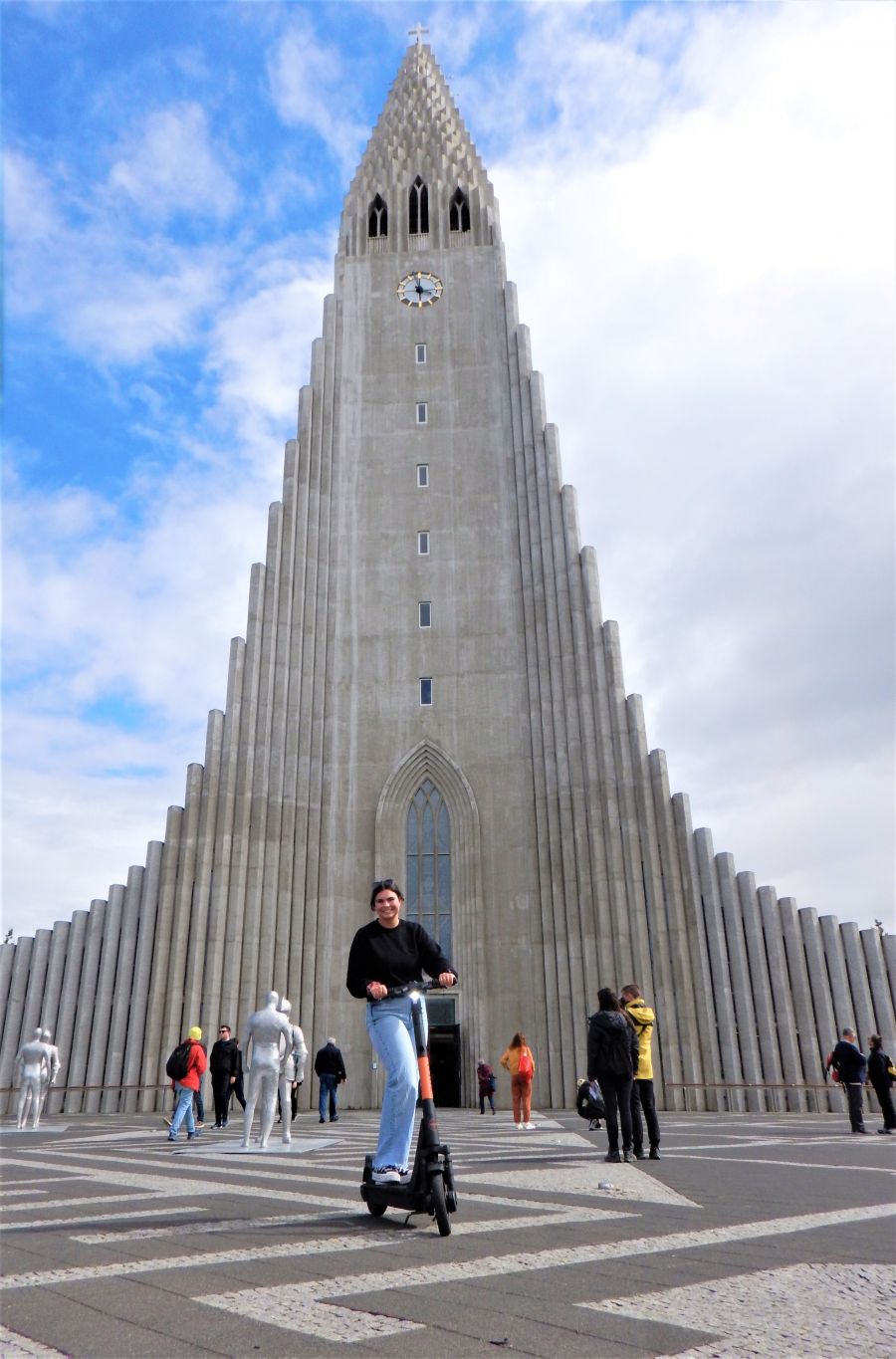 We have dinners of Icelandic charcuterie, lamb burgers and fish and chips at downtown restaurants Aldamot at the Kvosin Hotel, Fjallkonan and Reykjavík Fish, respectively.

I always find great places to stay all over the world using Booking.com’s amazing search engine.

In this case, I searched Reykjavik for a four-star, downtown, sustainable hotel and Booking.com came up with the industrial chic Exeter Hotel, ideally located on the Old Harbour, which has rooms (and a sauna) heated by geothermal.