Police held another press conference outside the Saanich Police Department this afternoon in regards to an armed bank robbery at a BMO that resulted in the deaths of two suspects and injured six officers.

Police thanked the media and the public for their support during this time, but were not able to comment on the conditions of the three officers who are still being treated for gunshot wounds in hospital. 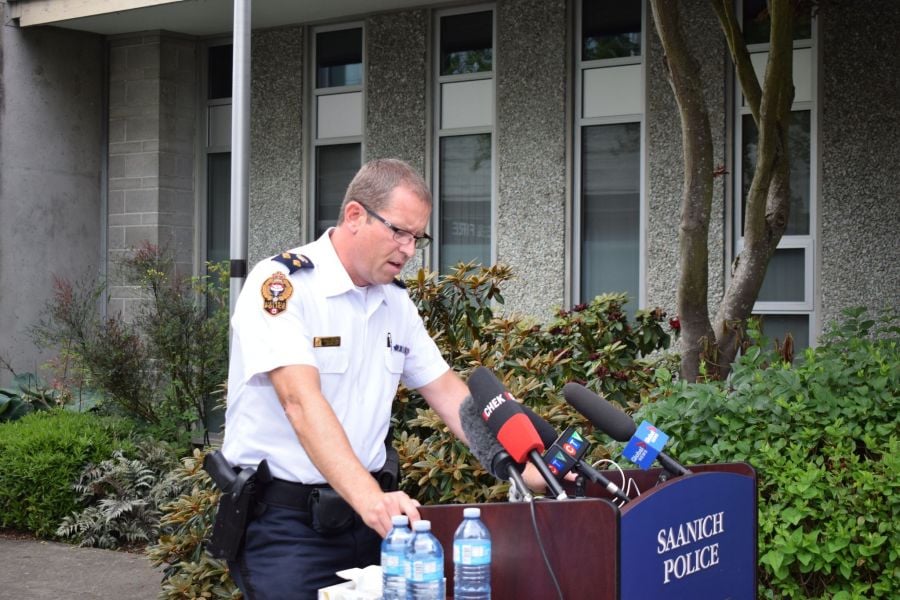 The two suspects that were killed in the incident have not been identified yet. Investigators are working with the BC Coroners Service to identify them.

"Once that is complete our first priority to will be to speak to their next of kin and then we will be moving forward on determining more about them, which would include their backgrounds or histories and how that may relate to what took place," police said.

The suspect vehicle, which had “multiple improvised explosives” inside, is described as a white 1992 Toyota Camry. It had two black racing stripes over the hood and roof.

Police would like anyone with information about the vehicle and its movement a week prior to Tuesday to contact the Vancouver Island Integrated Major Crime Unit (VIIMCU) at 250-380-6211.

"Numerous witnesses have been interviewed, however we still have many more interviews to conduct," police said.

"We also continue to canvass the neighbourhood and gather both physical and digital evidence from the scene and surrounding area. We would to thank the numerous individuals and businesses who have already met with and worked with investigators – with respect to information and videos."

The Saanich Police did open the Shelbourne Plaza today, which has been closed since the shooting. 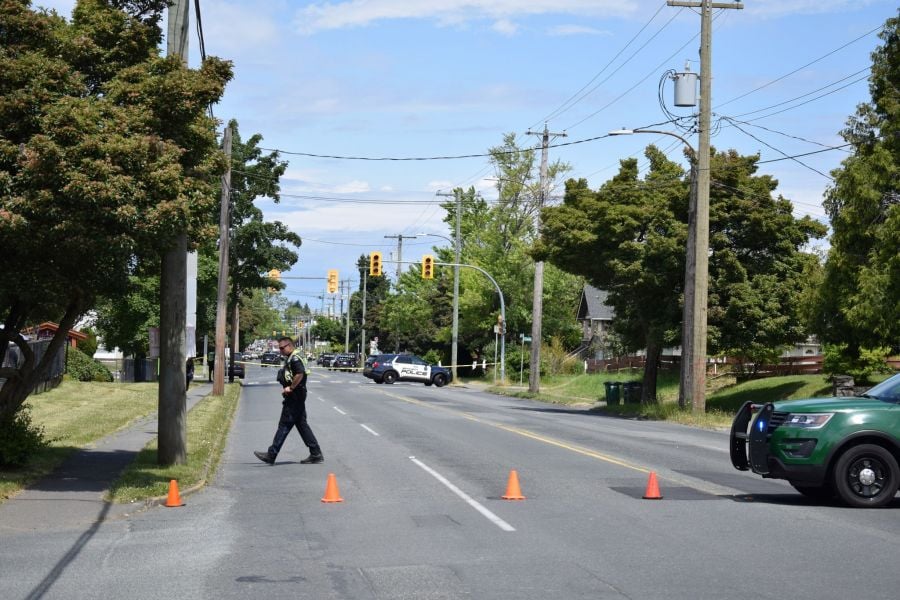 A few businesses within the plaza will remain closed, and traffic along Shelbourne Street is still restricted.

The department shared a message for BMO staff who were affected by the shooting.

“Please know that the Saanich Police Department is thinking about you from our hearts and we hope you have the support you need to process what you’ve experienced, and move forward in a healthy way,” police said.

They also thanked the public for the messages of support for their officers, and residents and businesses in the area for their patience while the scene is being processed.